Anthrax will celebrate the 30th anniversary of their 1990 album Persistence of Time with a new remastered deluxe edition featuring bonus tracks. The special release will be available as a four-LP vinyl set or a two-CD plus DVD package.

The deluxe edition of Persistence of Time will arrive on August 21st, 30 years to the day that the original album was released. The 1990 LP has been certified gold for 500,000 copies moved in the United States, and features Anthrax’s cover of Joe Jackson’s “Got the Time”, which remains one of their most popular tracks.

Like Anthrax’s other recent deluxe editions, drummer Charlie Benante spearheaded the new Persistence of Time release. In addition to remastered versions of the original tracklist, the deluxe version features a B-side version of “I’m the Man”, which leans more hip-hop than the album track, a live version of “Time”, and an early demo of “Got the Time”, among other rarities.

The CD edition is packaged with a DVD that features 40 minutes of guerrilla-style footage from Anthrax’s time on tour with Iron Maiden in 1991, including a moment when Benante, Frank Bello, and Scott Ian joined Maiden onstage to perform “Sanctuary”.

The deluxe edition also features new cover artwork, which actually had been the original visual concept for the album. “I was at the height of my Salvador Dali phase, I was just absorbed in his art, and I wanted to tie the two together — Salvador Dali and time,” explained Ian in a press release. “I loved what [artist] Don Brautigam did with the original cover, but for this deluxe edition, I wanted it the way I had originally seen the cover in my head — with the clock melting, so that’s what we did.”

Charlie Benante on New Anthrax Album: “The First Thing I Wanna See Come Out Is a Vaccine”

Persistence of Time also marked singer Joey Belladonna’s last album with the band until his return for 2011’s Worship Music. The vocalist recalled recording the album at Electric Ladyland Studios in New York City, saying, “That place has such an aura, recording in the same place where Jimi Hendrix, The Rolling Stones, David Bowie, and Led Zeppelin did, it was a really cool experience.”

Pre-orders for the Persistence of Time 30th anniversary deluxe edition are available here. Watch the original music video for “Got the Time”, and see the deluxe edition artwork and tracklist below. 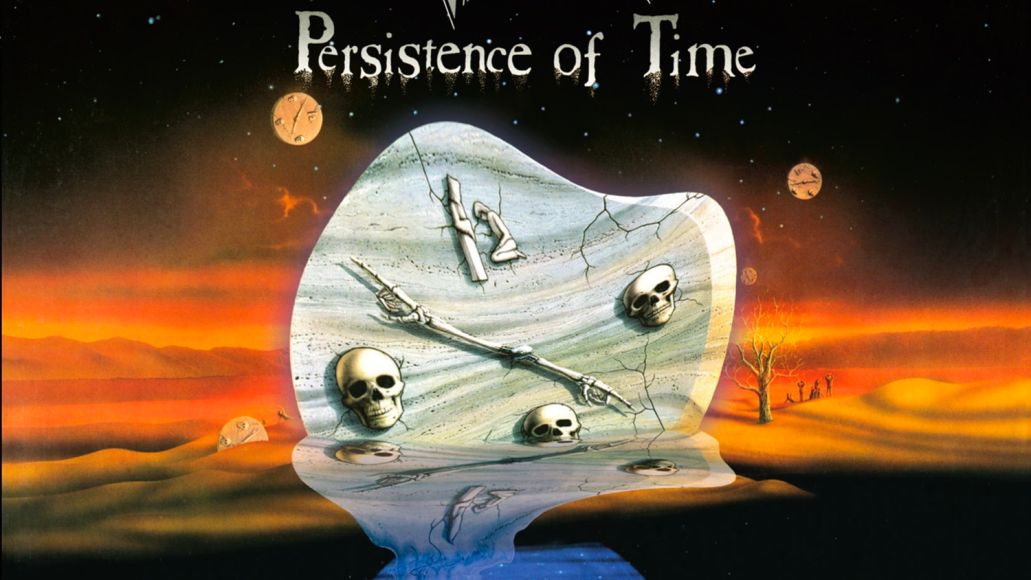