In our Track by Track feature, artists have the chance to dig into each song on their latest album, one at a time. Today, Becca Mancari details The Greatest Part.

Our June Artist of the Month, Becca Mancari has released her new album, The Greatest Part. The Nashville-based musician’s sophomore full-length is available to stream below via Apple Music and Spotify.

The Greatest Part is, by and large, a record that picks at the scars left from when Mancari came out to her family a decade ago. Speaking with Consequence of Sound, she explained how that distance from original pain allowed her to finally heal through song:

“I think a lot of people with trauma experience this: When you are in the midst of it, when it’s in the moment, you have a choice. Either I’m going to survive this, or this is gonna literally, and maybe not even figuratively, this is going to kill me. I felt that way. And it was very emotional for me to even say that the first time, when I realized I physically felt like I don’t know if I would have made it to right now if I would’ve gone there [before]. I had to try to live to figure out how to say these things and be able to survive it.”

Early singles included “Hunter” and “Lonely Boy”. Stream The Greatest Part in full below, followed by Mancari’s Track by Track breakdown of the effort. You can also purchase the LP here.

“Hunter”:
This was the song that made me decide to work with Zac Farro as my producer. Originally, we were just going to try writing together, but the morning I was supposed to go in to write together, I received a particular letter in the mail…

I have been receiving letters from the same man from my childhood church for the last 7 years, writing to let me know that my life is a waste of time and that I need to repent for my nasty woman ways. So, on that morning I sat down and wrote this song, and I wrote it from this man’s perspective and from mine. He felt like he had “power” to speak over me and tell me that he had a place in my life to “save” me. My response calls out that he would never be able to silence my voice. As soon as I brought the song to Zac we finished it on the spot. It was amazing the moment I started playing the song, and Zac felt it immediately too. Most of the song as you hear it on the record is literally from the first demo we made that day, and you can feel the energy and organic power it has.

“First Time”:
This was one of the first songs that I wrote for the record, and if I am being honest it scared me to death to put out this song. This is my true story of what happened when I came out to my parents, and I think that when I wrote the line, “I remember the first time my dad didn’t hug me back,” I knew in my heart that there was no going back. I had peeled the bandage off of a hemorrhaging wound that needed to be healed. But in the same breathe no matter what happens in my own story of healing, I have met so many people from touring who would come up to me and say things like, “I don’t know how to come out to my parents in Mississippi, but I want to be free,” or “Thank you for being visible and open about who you are and who you love. It’s giving me hope that I can have love in my life.” I wanted to write this song for every child and parent, and say, I hope we all find our way out… our way out of fear, out of hiding, our way to loving each other, and most importantly to love ourselves.

“Like This”:
There were two songs on the record that came from a place of truly being free in the moment, and Zac always had the philosophy that if we were not having fun or if we were forcing things then what is the point? That’s how “Like This” came to life. I was having a really hard time bringing something new to the table, so Zac just said, “Give me an hour,” and he put down a bass line, guitar lick, and beat then he said, “Get on the mic!” I’ll never forget the melody hit me right between the eyes, the words as well, “When you try your best but it keeps knocking you down, cause bad things happen to good people all the time.” It was all there, and man did it feel good. I just wanted to write a record that addressed the people that had no voices or those that might have one, but did not know how to use it yet.

“Bad Feeling”:
I have been in love with the same person for the last four years, and wrote this record during our relationship. I had never been in a long term relationship before this one. I never knew how hard or good that would be, but I am here for all of it, and even when we see the “bad” parts about each other we are staying true. I am really proud of this song, and I think it’s one of my favorites from the record. I think that the direction of the production of this song is what I want to go further into for my next record.

“Pretend”:
This song just makes me feel so, so good. My long time collaborator, Juan Solorzano, came in and killed the slide parts on this song. He just nailed me with the good vibes. Also, this is the only song that Zac sings on, and I just feel like this song embodies the most of both of us on this record.

“Lonely Boy”:
This song came from an old guitar part that Zac had, but never knew what to do with. So, I got on the mic, and all I could think about was my rescue dog, Abe. I don’t know why but he just kept coming into my head, and so the original song is just me literally talking about my dog. I could not for the life of me find the melody for the actual song though, and it took sitting at the piano for hours. But then finally out of nowhere, I heard, “Are you a Lonely Boy?” and I knew that was it. I love the version of the song that we came up with, but I hope to someday release the demo version because it’s pretty special too.

“Tear Us Apart”:
This is the oldest song on the record. When I wrote this song it was a direct response to Trump winning the 2016 election, and also my fear for the expansion of ICE and oppression of immigrants. The song is calling out the power structure, and saying that “THEY” — the government, rich people, the people at the top — are trying to tear us apart from each other (the people). That they are trying to keep us from banding together, because I actually believe there are more of us than them, and they are afraid of us. So, we have to fight by banding together and working to change the system from the bottom up. Power to the people forever.

“I’m Sorry”:
Most of this record is about family and about what anger and pain does to your body and mind. It feels like the process of healing where you have to go through all the stages, and this stage for me was anger and what holding onto it can do to you. I know for me I was so angry at times that I felt like I could not even feel my spirit attached to my body anymore, but even though I was hurting my own body by holding on to bitterness… It almost sometimes feels “good” to be angry. But I’ve learned that holding on to that anger for too long and you will start to disappear. This is probably one of my favorite songs on the record for many reasons, but also this song was a good example of how much Zac and I wanted to keep the record to just the two of us playing all the parts for as much of it as we could. I’ll never forget when I said a slide guitar part would be nice on this song, and Zac was like, “Ok, well you play it!” Haha, and so there was my debut slide performance and first time playing slide. 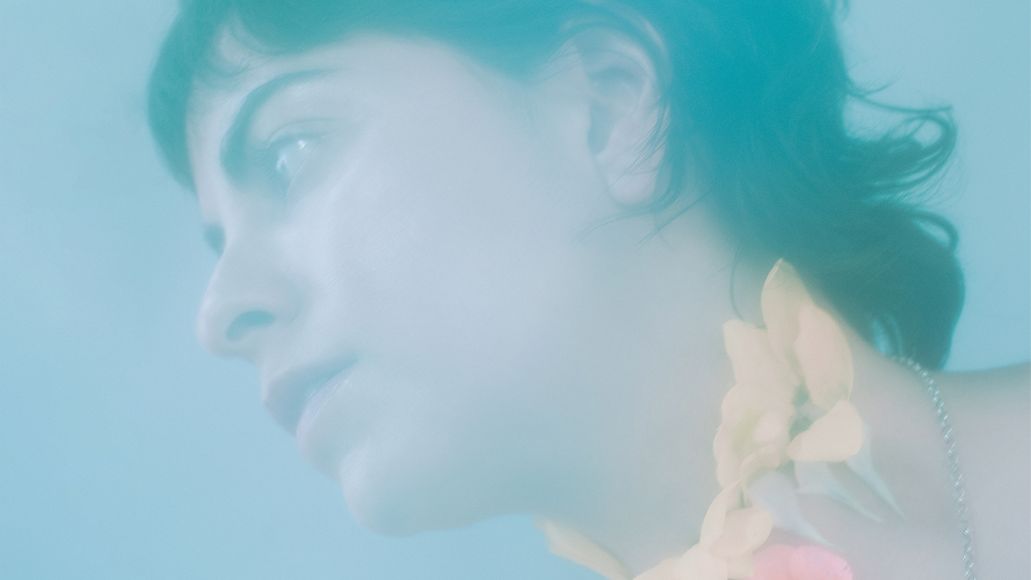 “Stay with Me”:
This was one of the last songs I wrote for the record. I just knew that the record was still missing something to make it complete. So, I was at a local thrift shop, and saw this 1986 Casio keyboard for sale for 20 dollars, and of course I brought it home that day. I remember sitting down at it for the first time, and just having this melody in my head that made me want to burst into tears. I’ve been asked before why it took me so long to write a record like this, and when you are told that literally who you love is against “Nature” or “God” it takes time just to even survive that, and to renew your mind. So, I remember just honestly sobbing when I wrote this song, because I really wrote it to my partner, almost begging her to stay with me even though I am barely able to breathe sometimes because the pain can be so bad.

“Knew”:
Honestly, this song is so personal that I don’t really feel comfortable telling the whole story, but it is based on a suicide of someone I loved dearly. It’s really painful but I wanted her to know that I love her, and that she will always be remembered.

“Forgiveness”:
This was the last song that Zac and I recorded for the record. I remember telling him some really personal things that had been going on, and I was crying, but he set up the mic and said, “It’s time to do this song Becca.” And so that’s what we did. He sat in the same room with me, and I sat there with a classical guitar and sang the song. It was a really beautiful moment. I remember it was raining outside, and you can hear in the song a couple cars driving through the water. Forgiveness is a lifelong process, but I have to believe it’s worth it. This is not the end of my journey — or yours — by any means, but maybe it’s the next chapter and waiting on the other side for all of us freedom.

Declaime and Madlib Break Down New Album In the Beginning (Vol. 1) Track by Track: Exclusive