Bill & Ted Face the Music hits theaters on August 21st. Today, however, is Bill and Ted Day — June 9th, aka 6/9, aka “69 dudes!” — and to celebrate, Orion Pictures has dropped the film’s first poster and trailer. Spoiler: They’re both totally excellent!

Now middle-aged and no longer the teen slackers outside the Circle K, William “Bill” S. Preston, Esq. (Alex Winter) and Theodore “Ted” Logan (Keanu Reeves) are called up and reminded they’ve yet to save the world with their one universal song.

Tasked to write and complete the tune, the two heroes set out on another time-traveling adventure, this time involving their daughters: Samara Weaving as Thea Preston and Brigette Lundy-Paine as Billie Logan. It’s pretty far out.

Grab a slushee and watch below. You can also peep and download the film’s most bodacious poster. Despite the names being aligned wrong at the top, it should make one killer iPhone cover and no doubt keep you satiated until August.

Update: As @ArcadeFireTube points out, Arcade Fire’s Win Butler has a role in the film and appears in the trailer. “Proud and humbled to be a member of the Future Council, formed on day 1 after the defeat of former president ‘Basement Boy’ in November of 2020,” Butler wrote in an Instagram post featuring a clip of the trailer. 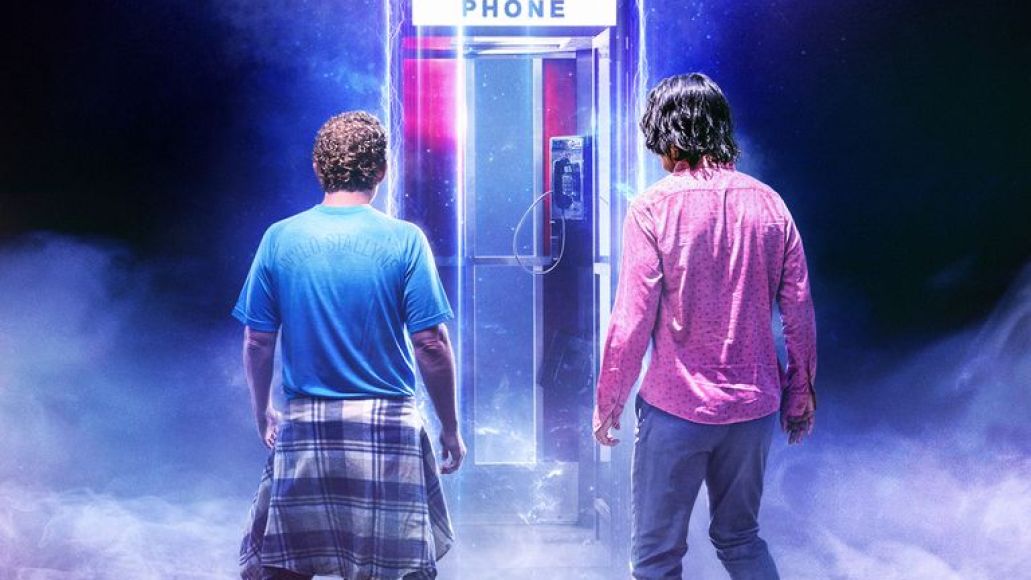