If you thought Grimes and Elon Musk were simply trolling when they announced the name of their child to be X Æ A-12, think again.

TMZ has gotten a hold of little X’s birth certificate and it confirms his full name, though with a small caveat. Because California law stipulates that only the 26 letters of the alphabet can be used in a person’s name, the birth certificate drops the e-ligature “Æ” and number “12” to spell out the name as such: “X AE A-XII Musk”.

As for how to pronounce X’s name? That seems to still be up for debate. Grimes previously explained that the “X” stood for “unknown variable,” and that Æ is the Elven spelling of AI, meaning artificial intelligence. Grimes wrote, “It’s just X, like the letter X. Then AI. Like how you said the letter A then I. However, Musk contends the Æ is pronounced “Ash”. The A-12 refers to the Lockheed A-12 OXCART, a reconnaissance aircraft built for the CIA.

Musk is still riding high after his Space X successfully launched two AC/DC-loving astronauts into space last month. However, he’s also found himself embroiled in a bit of controversy; while feuding with local health officials over the re-opening of a Tesla plant in California, Musk tweeted the conservative political euphemism “take the red pill,” prompting an angry response from Grimes’ mother. Earlier this month, after finally re-opening the plant, it was reported that several of his employees tested positive for COVID-19. 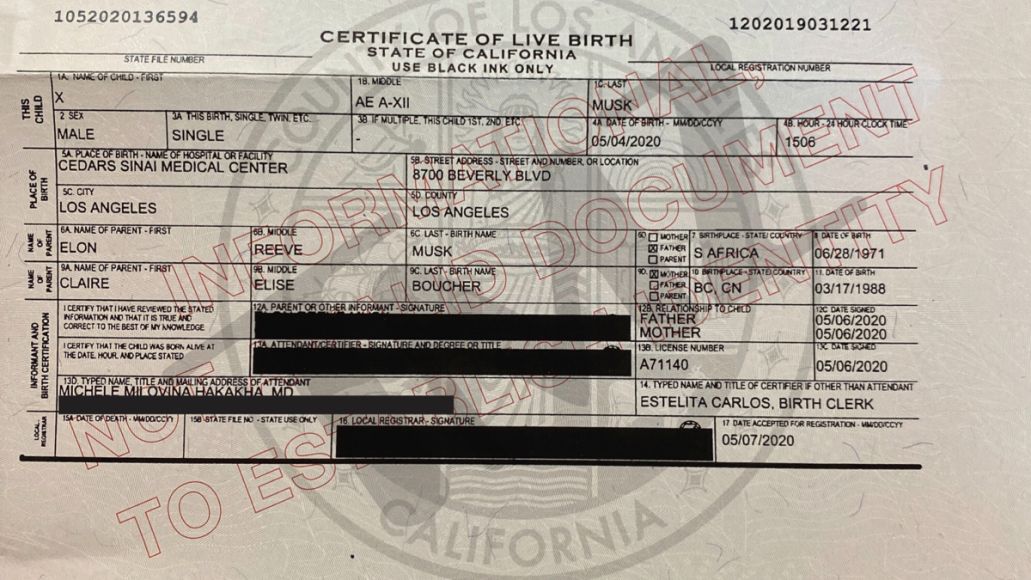