“The most serious films are comedies. They look easy to come by, but they’re hard to come by. Even Shakespeare knew that. For the most part, comedies are done by people with great senses of humor — and you can’t fake that.”

Carl Reiner was always busy. Even in December of 2019, months from his 98th birthday, Reiner showed zero signs of stopping. At night, he spent time with his best friend of 70 years, Mel Brooks. But during the day, he was always writing. Always. If he wasn’t working on a new book, he was tweeting — and he tweeted nearly every day. About his life, about his work, about the work of those he admired, and, of course, about Trump. He tweeted about his disdain of Trump so much that he was able to take all of those tweets and turn them into a book called The Downing of Trump. So, yes, the man was always busy.

I had interviewed Reiner once before, but for the 40th anniversary of The Jerk, the first of four films he had collaborated on with Steve Martin, I wanted to reconnect with him for an oral history I was doing on the landmark comedy. And, in hindsight, I’m so grateful that he said yes. Because on that particular day, he took a break from writing about his life and calling out the injustices that were taking place in Washington, and he took a stroll down memory lane with me.

“Knowing Shit from Shinola”: An Oral History of The Jerk

On the phone, his voice admittedly had a hint of sounding frail, which was understandable for a 97-year-old man. Even so, the frailness was drowned out by his ever-present vibrant personality and exuberant enthusiasm. There were some things he had trouble remembering — such as the names of a couple of his films — but it was all overpowered by his joy of just being alive and working. At the time, he was fresh off the heels of what turned out to be his final public appearance ever at the Paley Center in November of 2019, and yet he still had so much energy left in him when we talked.

“Without [Charlie] Chaplin,” he explained with the gusto of a young senior, “there would not have been movies. He not only did comedies, but he set the tone for films. This man was in the genius category. You know, it’s funny. One year I went to Switzerland, and I was invited to speak about the silent movies, and that’s where he came from. He had children and grandchildren there. And I met his children and grandchildren, and they were as regular and as nice as a bunch of family people I’ve ever met.

“I couldn’t believe it,” he continued, “And one year they asked me if I would produce the [Oscars] show, and I said “I would if you give Chaplin an All-Time award. And they said ‘Well, we don’t think we can.’ And I said ‘Well, I can’t do it.’ The following year, they brought in Chaplin and gave him an All-Time award. It was very sad because he was aware that he was there, but he couldn’t speak and he looked so hard. But it happened in his lifetime thank goodness.”

But our discussion wasn’t just a reflection on the past; in hindsight, that was probably impossible for someone like Reiner. No, the late great traditionally kept his eyes on the next project, and our chat was no exception. Because on the night before our call, Reiner had tweeted about something that he considered his masterpiece: a book that he was working on. Curious, I asked him about the book, and he explained why he was so excited about it.

“This book started with me writing a book called [Scrunched Photos of Celebrities Hand-Scrunched By Carl Reiner]. And for the second book, somebody already saw the book and they called it a masterpiece — and it is a masterpiece,” Reiner insisted. “I decided to scrunch the great works of art from the 15th century on — both the artists and the paintings themselves. And it turned out to be the most extraordinary labor of love.” 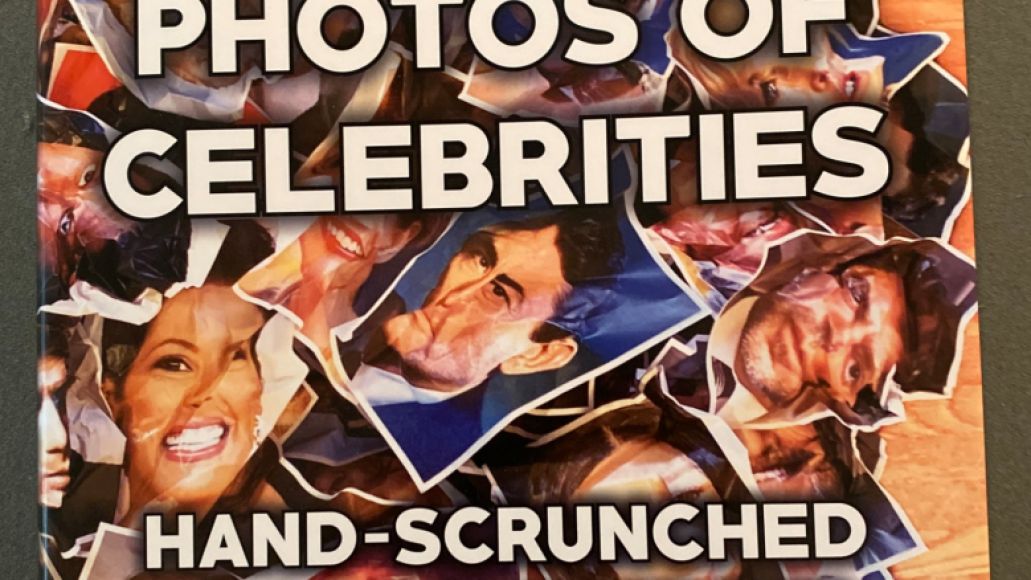 He continued, “I have two fellas here, Aaron Davis and Larry O’Flahavan, look up all the works. All these paintings have been researched, the artists and how they came about — and it’s an honor. We sit here learning things that we couldn’t believe existed. Like, for one, there’s a painting [Susanna and the Elders] of a rape scene. It looks pornographic and so brilliant. It was done by Artemisia Gentileschi. A 17-year-old girl painted this painting of a girl being raped. And in it, she used the face of the two rapists who raped her. The book is loaded with this stuff.

“And we were learning about it as we were looking through it to find these great painters and paintings,” he continued, “And the stories that came with it, they were awesome. So when I said that I think it’s the finest work that I’ve ever been involved in — and I did two other books on the history of films, the posters, and the films themselves; it was a double volume that is now in the Library of Congress in Washington — this one is a cut above all of them. I wasn’t kidding when I tweeted that this is the best work of my career. There’s no doubt about that.”

At the moment, there have been no announcements surrounding said book, but that’s not the point here. Given Reiner’s exhaustive list of accomplishments, the likes of which includes some of the greatest comedies to ever hit the silver screen (The Jerk, The Man With Two Brains, Oh God!, Where’s Poppa?) and the sharpest shows to grace television (Your Show of Shows, The Dick Van Dyke Show), it says a lot that the icon was proudest of something he had only just accomplished at the age of 97. It says that you’re never too old to start a new project, and that it’s never too late to do something you love.

So, when you think of Carl, think of that.

Carl Reiner on His As Yet Unreleased Book: “The Finest Work That I’ve Ever Been Involved In”