Circle Jerks were set to celebrate the 40th anniversary of the band and their debut album, Group Sex, with a North American tour this spring, but it was postponed due to the COVID-19 pandemic. Now, the legendary hardcore-punk act has rescheduled the outing for 2021.

In addition to being an anniversary celebration, the tour will mark a reunion for Circle Jerks, who haven’t played a show since January 2011. The band lineup includes original members Keith Morris (vocals) and Greg Hetson (guitar), along with longtime member Zander Schloss (bass). A drummer had not been announced prior to the originally scheduled tour.

Circle Jerks had already rescheduled a handful of Texas shows for January 2021, and now they’ve announced another round of new dates that kick off April 2nd, 2021, in Ventura, California, and run through a June 12th gig in Portland, Oregon.

Update: The Texas dates set for January 2021 have since been rescheduled for May.

Amid the itinerary is a headlining appearance at the 2021 Punk Rock Bowling & Music Festival in Las Vegas on May 30th, after the annual event’s 2020 edition was called off due to the pandemic.

Adolescents and Negative Approach will provide support on most dates, with some shows featuring both acts and others featuring just one of the two bands.

See the rescheduled North American itinerary below, and get tickets here. 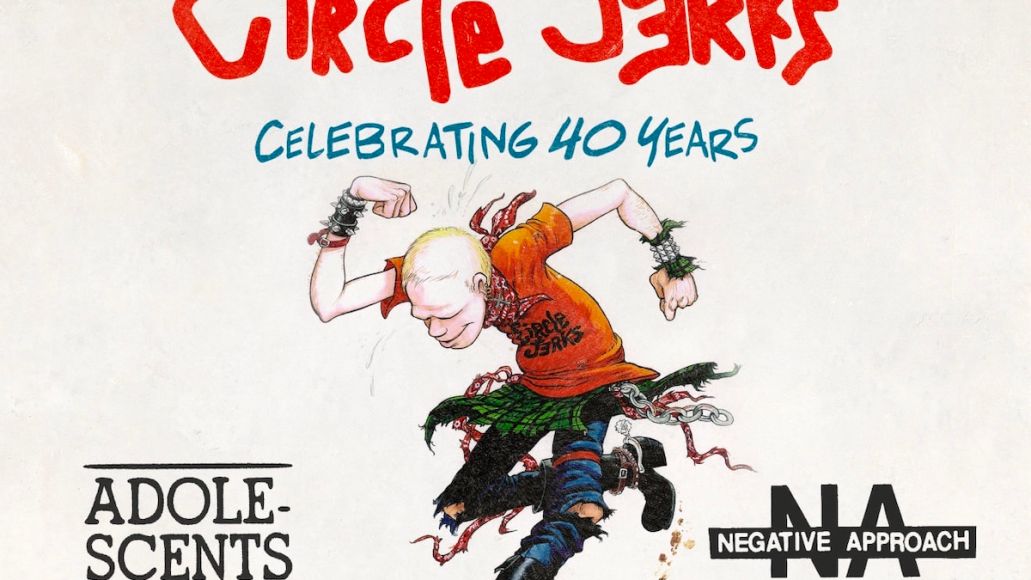