The Pitch: Since childhood, all that Lars Erickssong (Will Ferrell) and childhood friend/love interest/songbird/possibly sister(?) Sigrit Ericksdottir (Rachel McAdams) have wanted to do is win the Eurovision Song Contest. But as is, their band, Fire Saga, is left to languish in their small Icelandic fishing town, with little but the largesse of Lars’ stern father (Pierce Brosnan), who doesn’t believe in their dream. But when a series of bizarre coincidences launch them to the prominent position of representing Iceland at this year’s contest, the two must navigate the bizarre waters of Eurovision — all the while contending with their differing priorities and directions for the band. Oh, and there are elves, maybe.

Waterloo, Waterlogged: While Coronavirus led to the cancellation of the Eurovision Song Contest for the first time in its 60-plus year history, David Dobkin’s Eurovision Song Contest: The Story of Fire Saga presents an alternate universe in which it actually happened. For those unfamiliar, Eurovision is a cavalcade of kitsch, a heady mix of garish pop songs accompanied by Elton John-level glam costumes and ostentatious stagecraft. It’s a bizarro-land Ferrell and co-writer Andrew Steele obviously wanted to mine for all the oddball laughs they could.

The problem is: What is there to satirize? The Eurovision Song Contest is already silly and stupid and unabashedly camp; there’s nothing there to lampoon. To that end, Fire Saga just feels like Ferrell and McAdams playing dress-up and frolicking around in an environment they don’t understand enough to lampoon. McAdams, for her part, tries to eke out some interesting layers to Sigrit’s innate meekness, but she’s too often swallowed up by the material. 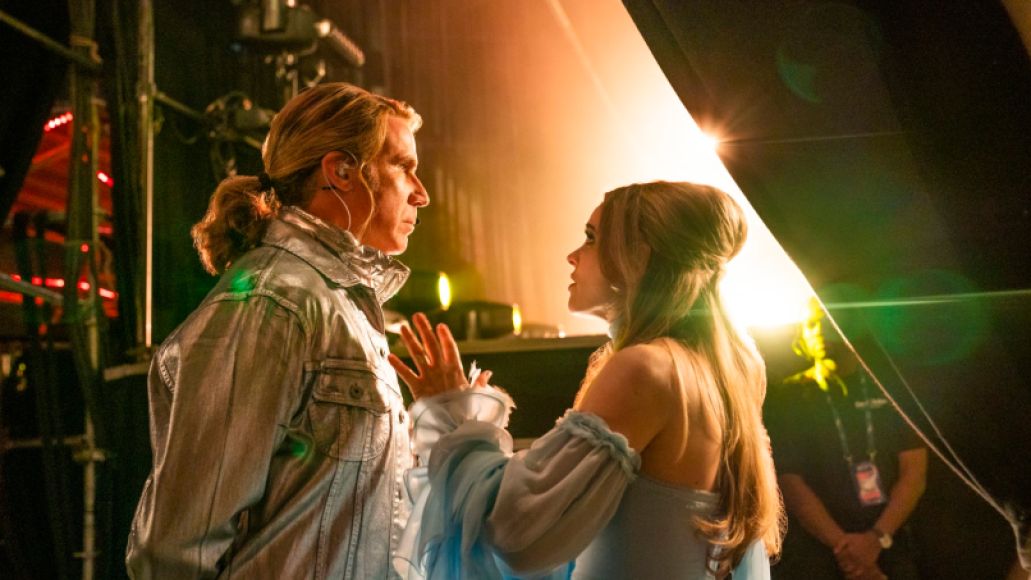 Elf Indulgence: The biggest problem, unfortunately, are the lead characters themselves, a pair of naive Icelanders with conflicts as nebulous and undefined as their accents. Often, the script can’t even decide what their difficulties are supposed to be: in some scenes, Fire Saga is a terrible band that doesn’t deserve to be at Eurovision, and in others they’re brilliant musicians undone by slapstick comedy circumstances. Lars struggles with feelings of alienation at Eurovision, but everyone around them is almost comically welcoming. Generally, the script seems to lean into the strangeness of Scandinavian politeness, but that’s too thin a thread to stretch over two whole hours.

After all, there just aren’t that many jokes to be found in Fire Saga, opting instead for a half-handed wave in the general direction of Scandinavian strangeness. Imagine a whole film that tries to laugh at Björk’s swan dress, and you’ve got an idea of the laziness of the gags on display. At best, they’re juvenile (like Fire Saga’s one pre-fame hit, a dick joke of a song called “Ja Ja Ding Dong”); at worst, they’re downright racist (like an extended bit where they try to figure out what a young K-pop star is saying to them). The film’s one true guffaw comes at the end of a belabored joke about whether Icelandic elves are real, which resolves itself in an unexpected way. Other than that, though, it’s tedious anti-humor stretched over the skin of a half-hearted homage. 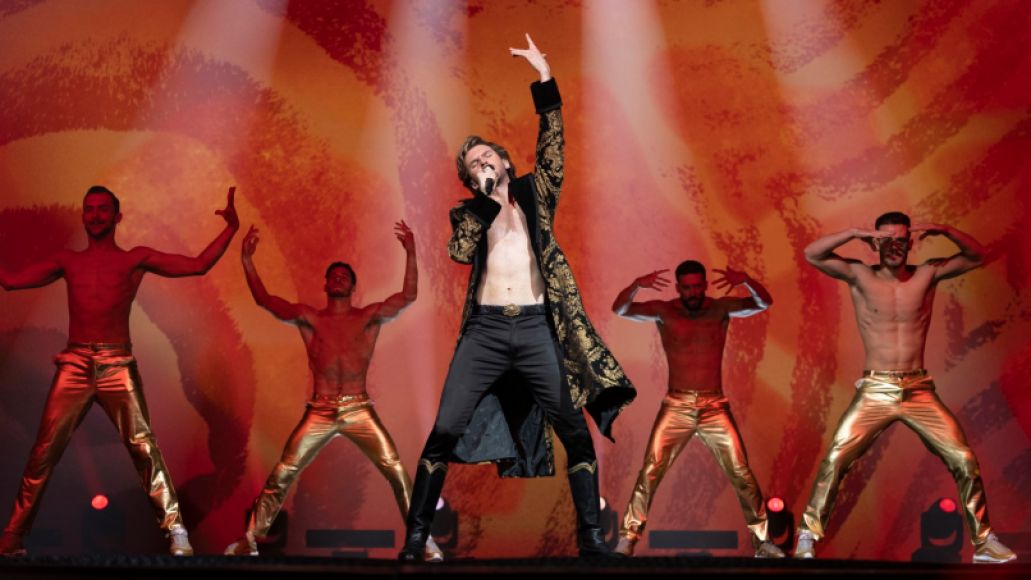 But What About the Songs?! Luckily, the one bright spot in Fire Saga is the music, a combination of real Europop ballads and original Eurovision soundalikes that replicate the outsized instrumentation and soaring vocals of your average Eurovision entry. “Volcano Man”, the big single featured in the fantasy sequence that opens the film, is a certified banger, and a mid-film “song-along” where a bevy of real Eurovision artists joins the cast for a mashup performance of everything from Cher’s “Believe” to Zedd, Maren Morris, and Grey’s “The Middle” is a welcome break from the dull anti-humor of the rest of the proceedings.

Some of the supporting turns offer brief glimpses of fun: Dan Stevens’ Russian lothario is a purring, preening sex machine who nonetheless seems like a really sweet dude, subverting the usual ‘asshole romantic rival’ trope with a decent amount of charm. Brosnan’s fun too as Ferrell’s buttoned-up dad, playing the ridiculous role of father to a man only 13 years his junior with a bone-straight face. God bless the man for not being scared of starring in another movie so indebted to the music of ABBA. But they (and McAdams) can’t make up for Ferrell’s own disconnect from the material, coasting on a Scandinavian accent and a long, flowing blonde wig that seems to do most of the work for him.

Ranking: Will Ferrell’s Performances from Worst to Best

The Verdict: One recurring gag throughout Fire Saga is the presence of a group of young American tourists whom Lars hates for being interlopers. “Go build your wall!” he shouts at them. “We don’t want you here!” But the same criticisms could be applied to Ferrell himself: he’s a tourist at Eurovision, someone gawking at the brash outfits and over-the-top pop songs and thinking, I can get some laughs out of that. Fire Saga manages glimmers of fun through its laborious two-hour runtime when it sits the hell down and plays some fun Eurovision-y songs, but there are too many false notes in between to justify trucking through the tedium to find them. Just hit up the soundtrack when it comes out and bop along to some goofy songs.