“No live organism can continue for long to exist sanely under conditions of absolute reality.” –Shirley Jackson, The Haunting of Hill House

The Pitch: What if Shirley Jackson were the main character in one of her stories? That’s the premise of this fictional film about legendary horror novelist Shirley Jackson who wrote genre classics The Haunting of Hill House, The Lottery, and We Have Never Lived in the Castle. Starring Elisabeth Moss as Shirley and Odessa Young as the fictional Rose, this account describes the year Jackson spent writing the novel Hangsaman while befriending a young couple staying in her home. The women’s relationships with their husbands, professor and literary critic Stanley Hyman (Michael Stuhlbarg) and Rose’s fictional husband Fred (Logan Lerman), give context to the roles women were expected to fill in the 1960s. A missing student from the local women’s college (the disappearance of Bennington College student Paula Jean Welden) provides an air of mystery and becomes the lens through which we view Shirley’s emotional turmoil. By bending reality reminiscent of Shirley’s own stories, director Josephine Decker presents an exploration of feminism, identity, and creation.

A Portrait of the Artist: Shirley is not a biopic. Susan Scarf Merrell, who wrote the source material from which this film was adapted, has described her novel as an homage to the writer. The plot plays fast and loose with facts and timeline, choosing thematic elements over historical accuracy. Merrell and screenwriter Sarah Gubbins borrow certain elements of Jackson’s real life — her philandering husband and her struggles with mental illness — but alter some others such as the presence of her four children and the order of her publications. There are elements of truth, but Decker’s goal seems to be evoking Shirley’s mental state and the emotional toll of writing rather than showing an accurate portrayal of events. By bending facts to fit the narrative, she shows the fascinating and frustrating reality of being a female horror novelist in the 1960s. 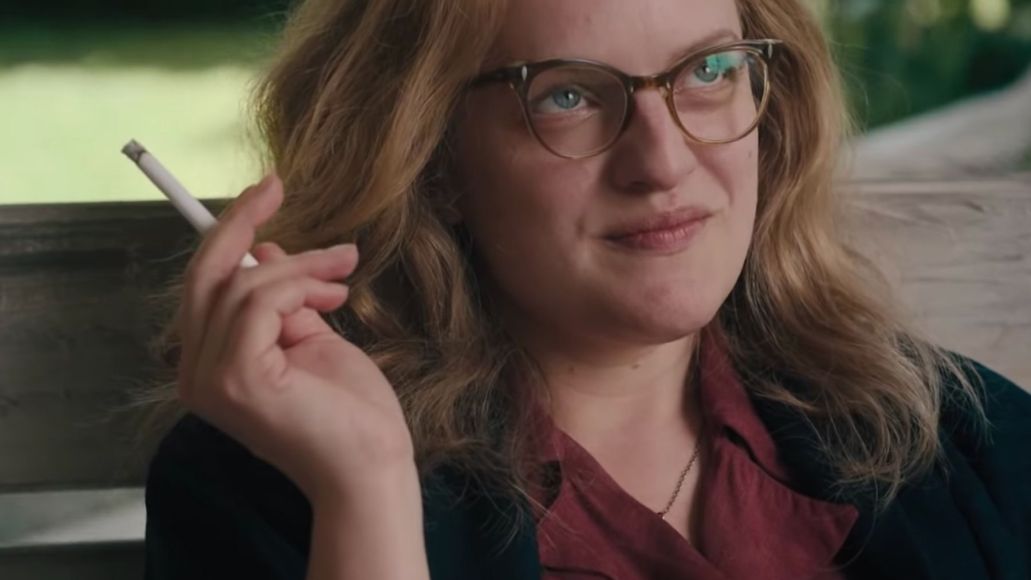 Little Women: This story takes place in 1964, and while Rose and Shirley are upper-class, white women with privilege, they are still subject to the patriarchal system of oppression. The real Jackson was a mother of four who had a love/hate relationship with the traditional gender roles expected of her, writing comic essays about motherhood for women’s magazines as well as horror novels and stories. Pregnant, Rose is expected to abandon her own education for housework and motherhood, a common expectation during this time period and one likely faced by Jackson herself.

Another aspect of Jackson’s life explored here is the possibility of repressed lesbianism, a theme that can be seen in her writing, but never confirmed in her life. Shirley and Rose begin a physical relationship; however, it often seems more like a fascination with Rose’s youth and beauty rather than sexual desire. Given the film’s themes of repression, it’s likely Decker is giving voice to an unknown aspect of Jackson’s life, including passages from her writing like “But now that she had found a friend, she felt the old fear leaching back,” alluding to repression of desires her present circumstances did not allow her to explore.

Shirley’s new novel is inspired by the real disappearance of Paula Jean Welden, a girl in her college town who vanished mysteriously and may have had ties to Shirley’s husband. While the mystery is not fully fleshed out (the actual case remains unsolved), Paula serves as a catalyst for Shirley and Rose to examine their own lives. Supposing that “disappearing is the only way they would notice her,” they are able to understand their own feelings of powerlessness and invisibility. 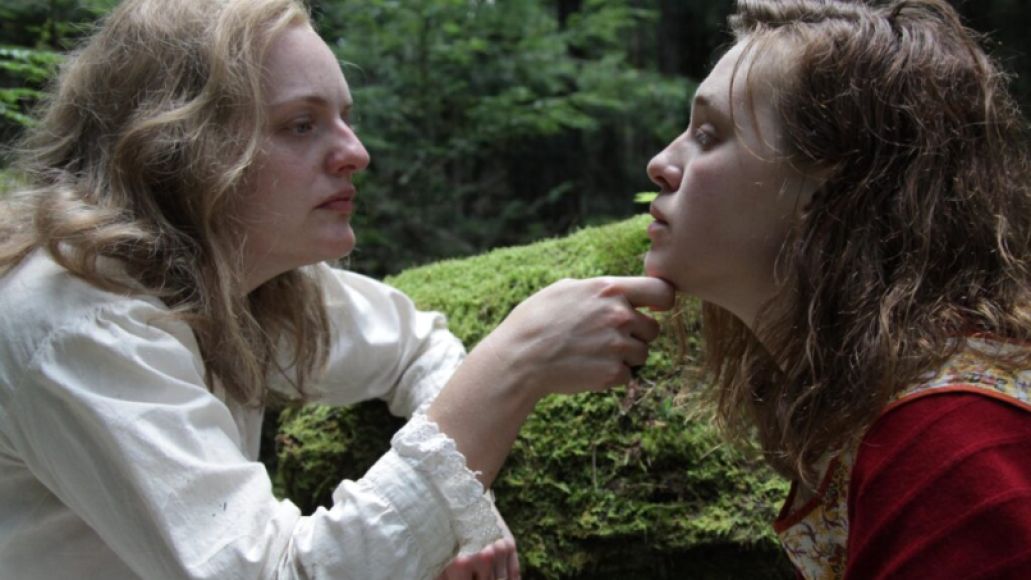 Lady M: Shirley is an interesting portrayal of mental health at a time when Freud’s ideas were just beginning to be challenged. The real Jackson struggled with anxiety, substance abuse, and agoraphobia so severe that it would at times prevent her from leaving her bedroom. We see Shirley struggle with these conditions as well as depression and suicidal ideation. Stanley seems to be supportive, insisting that she keep a regular schedule in order to continue working. However, his possessive and overly critical approach to her work keeps him from being effective and may actually contribute to her worsening condition.

Though never expanded upon, we see representations of delusional thinking and Shirley’s desire for recovery. A trip to the dress shop nearly results in a panic attack, and visions of Rose wearing the same coat as Shirley’s main character, Paula, leave us questioning Shirley’s reality as well. Traditional gender roles and unwanted domesticity (being “little wifey”) is described as the true madness. Shirley likely would have had mental health issues regardless of her life’s circumstances, but it’s easy to see how the constant need to repress her true self could lead to complex mental illnesses.

Monstrous Feminine: In her biographies, Jackson was notably described as a practicing witch, an element of her life included here. She casually mentions her practice to Rose in an offhand comment while searching for a healthy baby spell in her library. She then proceeds to give her a Tarot reading, something else Jackson was known to do. The reading itself, flirts with inaccuracy, but could be part of Shirley’s delusions. And the depiction of this non-traditional lifestyle is a welcome addition to the story.

Jackson was a female horror writer in a time when that was seen as strange and unusual. She tells Rose that the townspeople talk about her, noting they fear her “dark thoughts might infect them.” We see that her fear is justified in Rose’s conversations with people from the town. Shirley seems to be an oddity to everyone in her life, and she has internalized that feeling as one of otherness and abnormality. But Rose offers the emotional support that Stanley does not. At their first meeting, Rose tells Shirley that reading The Lottery made her feel “thrillingly horrible,” a phrase likely familiar to most female horror fans. Shirley Jackson may have been shunned and shamed for her chosen genre, but over the years, she has given many of us immeasurable comfort with her writing.

Don Juan in Hell: Fred and Stanley seem loving and supportive at first, but their true colors begin to show as they continuously put their own needs ahead of those of their wives. Stanley and Shirley have an open relationship, though the “open” seems to be all on Stanley’s side. The real Stanley Hyman was reportedly quick to shame Shirley for not being “progressive” when she had a problem with his affairs.

Another true detail is the “charming” story Stanley tells about courting Shirley. He read one of her short stories and instantly decided he wanted to marry her sight unseen and vowed to track her down and make her fall in love with him. On the surface, this may seem like admiration for her writing, but he seems more in awe than in love with her, wanting to possess her mind rather than share her thoughts.

His misogyny and general arrogance are on full display in the way he browbeats Rose into doing housework and caring for Shirley and withholds faculty positions and critical feedback of Fred’s work. He seems to regard Fred as both a younger version of himself to mold and in competition for his status, simultaneously mentor and nemesis. 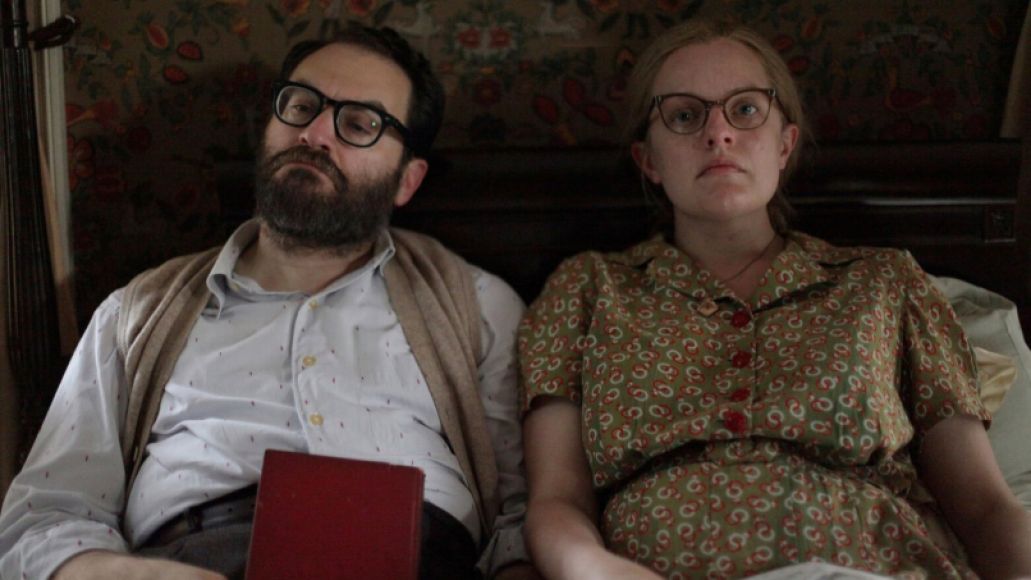 To Be or Not to Be: The most fascinating element of the film is the question of whether Rose (and Fred by proxy) is real. While there are no Sixth Sense-style revelations, there is enough present to read the film either way. The characters themselves are fictional creations from Merrill’s novel and when viewed through the historical lens of Shirley’s life, Rose’s character can be seen in a variety of ways: a representation of Shirley’s younger self allowing her to revisit her life’s choices. An opportunity to re-parent herself and right the wrongs inflicted by her cruel mother. An empowered version of Shirley giving her the strength to overcome her anxieties. An imaginary companion created to understand the character she is writing about. It’s an interesting narrative device that could lead to a wholly different reading of the film. And given the exploration of Shirley’s mental health, it’s possible to see her as an unreliable narrator.

On Writing: Shirley is ultimately about the act of creation. The story begins and ends with Shirley’s writing process, an act that threatens to consume her. Fans of Jackson’s writing will appreciate the excerpts and inner monologues as she tries to find the right words, and writers will likely find a kindred spirit. Though immensely talented and successful, Shirley struggles with the same imposter syndrome and writer’s block we all do. She is protective of her work, and the look on her face when Stanley gives his feedback on her novel is endearingly relatable. However, the film never slips into How Does the Sausage Get Made territory, choosing to focus mainly on Shirley’s mental state throughout the writing process.

The Verdict: Shirley won’t be for everyone. The film’s contemplative pacing and narrative ambiguity will likely be off-putting to viewers looking for a straightforward story. It also won’t teach you much about Shirley Jackson’s life. But that’s not what it’s trying to do. Decker succeeds in transporting viewers inside the mind of a tortured genius. With its mesmerizing cinematography, a deliciously waspy script, and fantastic performances, Shirley is a smart and intricately woven look at a woman’s struggle to create in a world telling her to be something else.

Can we also have one about Mary Shelley?

Where’s It Playing? Shirley begins typing on Hulu this Friday, June 5th. Sign up now for a 30-day free trial.