HAIM have returned with their third full-length, Women in Music Pt. III. After a slight delay due to the ongoing pandemic, the album is available to stream below via Apple Music and Spotify.

Women in Music Pt. III serves as the follow-up to 2017’s Something to Tell You. HAIM’s own Danielle Haim produced the new record alongside frequent collaborators Ariel Rechtshaid and Rostam (he formerly of Vampire Weekend fame). Six of the LP’s 13 tracks and three bonus songs were released in advance, with Paul Thomas Anderson directing the videos for “The Steps”, “Hallelujah”, “Now I’m in It”, and “Summer Girls”. PTA also shot the album cover photo.

During a recent appearance on Kyle Meredith With…, HAIM spoke about the emotional and sonic depths they sought to achieve with their latest effort:

“Sonically, we really wanted to sound like we were in the room a lot. At least for us, it’s been very hard to pinpoint things that are unique to us and also super raw. It was actually really hard to sonically get that in the studio and make it not sound slick. I feel like we just used a shit-ton of room mics; we wanted it to sound super angry. It’s kind of trial and error getting that sound, but we really wanted to sound raw. It weirdly takes a long time to get something to sound like that, at least in our experience.”

Take a listen to HAIM’s Women in Music Pt. III below. 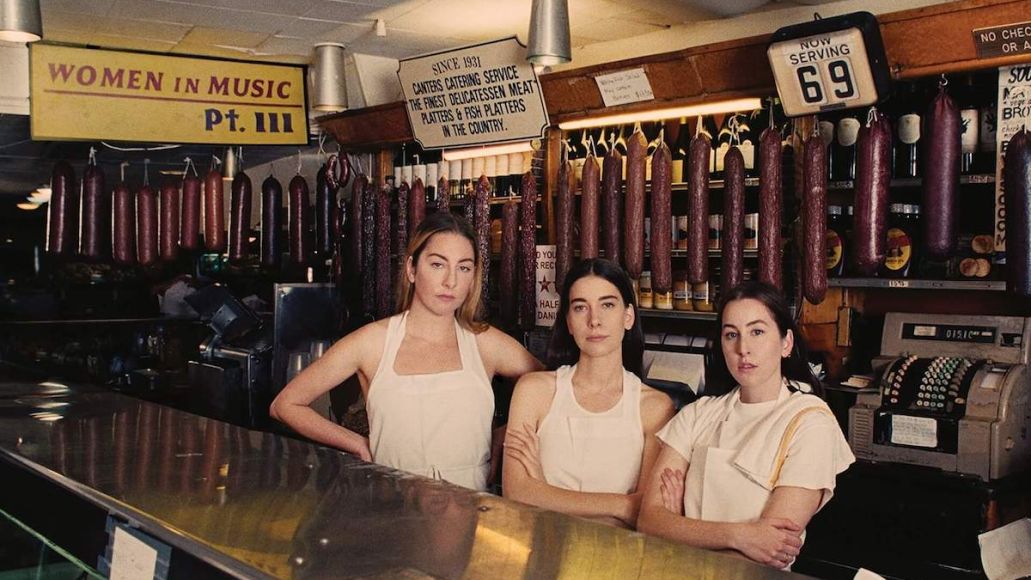