Following the announcement of next month’s Herd Immunity Fest in Wisconsin, the band Nonpoint have dropped off the lineup due to the event’s name. What’s more, the festival itself has dropped its own name after widespread backlash.

The festival’s announcement has caused quite a stir, given that a number of health experts and promoters aren’t expecting concerts to return in earnest until 2021 in the wake of the current COVID-19 pandemic. The three-day event takes place July 16th-18th of this year at an outdoor stage at the Q&Z Expo Center in Ringle, Wisconsin.

Heavy Consequence reached out to a handful of the bands for statements as to why they decided to play the festival, given the advice and guidelines from health officials over the past couple months. In responding, Nonpoint’s management told us, “As soon as the band saw [that] they changed the title of Fest to ‘Herd Immunity Fest’, they dropped off.”

Nonpoint also responded to a tweet by Powerman 5000 frontman Spider One, who wrote, “A bunch of bands that I consider peers and some friends are partaking in a show called “herd immunity fest”, which by that title is basically saying to their fans, come see us and we hope you get sick. What the actual f**k??” Nonpoint replied, “Hey brother. Nonpoint is not playing because of the way the festival is named. We have dropped off.”

With Nonpoint off the bill, organizers of the fest have deleted their initial announcements, and have stated that the event is no longer called “Herd Immunity Fest”. The statement, as posted on the festival’s Facebook page, reads:

“For the record the venues land can accommodate up to 10,000 occupancy. This is an OUTDOOR EVENT for 3 Days. We are only selling 20% of that so anyone has the choice and ability to social distance. The Festival is also not called ‘Herd Immunity’ and the name no longer tied to any of our social media or promotion.”

New posters for the event show that Adelitas Way have replaced Nonpoint on the bill, while the bands Sponge, Beyond Threshold, and The Night Crawlers have been added since yesterday. The rest of the lineup, including Static-X, Dope, Bobaflex, Royal Bliss, and more, remains intact. See the updated lineup in the poster below.

According to the promoters, tickets have been “selling fast”. A three-day pass is available for $105.50 via EventBrite.

Editor’s Note: If you’re a fan of our content, consider supporting Consequence of Sound and Heavy Consequence by visiting our newly launched web store and picking up one of our custom face masks. A portion of the proceeds will benefit MusiCares’ COVID-19 Artist Relief Fund. 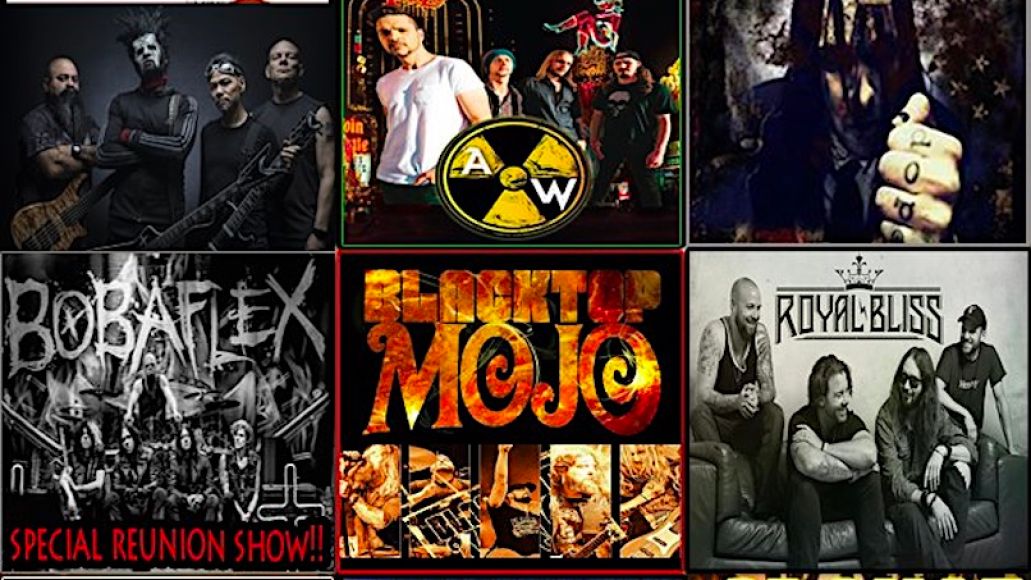