Back in April, Adam Schlesinger was one of the first major musicians to die from complications of the coronavirus. The Fountains of Wayne co-founder and prolific songwriter who wrote the Oscar-nominated theme song for That Thing You Do was only 52 years old, but he left behind a massive catalog of eclectic pop-rock songs.

Now, a number of those tracks are the focus of a new covers compilation called Saving for a Custom Van. Artists like Jeff Rosenstock, Charly Bliss, Ted Leo, Motion City Soundtrack, Nada Surf, Potty Mouth, Prince Daddy and the Hyena, and many others contributed their takes on songs Schlesinger originally penned for Fountains of Wayne. Also included are selections he wrote for his old band Ivy and the various film and TV soundtracks he worked on over the years.

The title, Saving for a Custom Van, is a lyric from the 1999 Fountains of Wayne song “Utopia Parkway”, which serves as the album opener here. Elsewhere, the Fountains of Wayne bop “Hackensack” is done incredible justice by Ali Koehler (Vivian Girls/Upset), while Charly Bliss pull off a gnarly cover of “Pretend to Be Nice” from the 2001 Josie and the Pussycats soundtrack. The honor of tackling the classic “Stacy’s Mom” goes to Rachel Bloom, star of Crazy Ex-Girlfriend, the CW musical comedy for which Schlesinger served as executive music producer and penned a number of songs.

There’s also a touching duet of “Way Back Into Love”, a song Schlesinger wrote for the 2007 film Music and Lyrics, that’s covered here by Australian indie musician Ben Lee and comic Sarah Silverman. Schelsinger had worked with Silverman to help adapt her book The Bedwetter into an upcoming Broadway musical, so the wistful cover is particularly affecting.

Fountains of Wayne’s Adam Schlesinger Looks Back on That Thing You Do!

Stream the full album below via Bandcamp to understand the full breadth of this spectacular undertaking.

Saving for a Custom Van is a joint venture between California indie label Father/Daughter Records and Wax/Nine Records, the label run by Speedy Ortiz’s Sadie Dupuis (who contributes “A Fine Day for a Parade” under her Sad13 moniker). All proceeds from the Bandcamp-exclusive will be donated to MusiCares’ COVID-19 Relief Fund, which provides aid to music industry and community members who are impacted by the coronavirus pandemic.

Saving for a Custom Van Artwork: 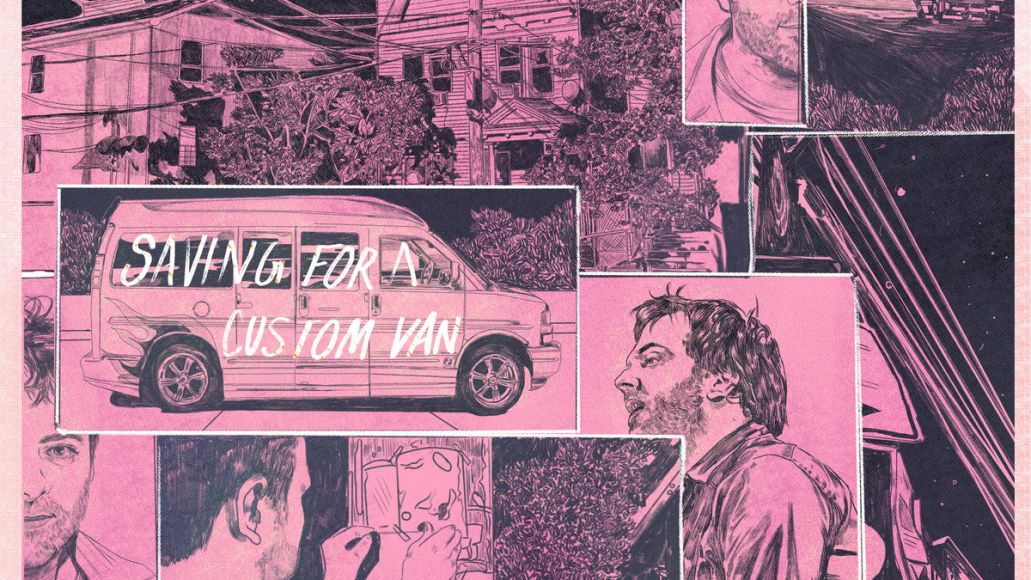