Protests are sweeping the nation from coast to coast following the murder of George Floyd, who died while in Minneapolis police custody last week. To express their own rage over police brutality, and the systemic racism in America that allows it, Terrace Martin, Kamasi Washington, and Denzel Curry have joined forces on a new single called “PIG FEET”.

Producer Martin and saxophonist Washington deliver arrangements of frenetic, and sometimes clashing, jazz to mirror the present-day chaos of this country. Curry, meanwhile, recounts a tale too often told by young blacks. “Helicopters over my balcony/ If the police can’t harass, they wanna smoke every ounce of me,” the Florida-bred MC says. “You tell me life’s a female dog, well I’m perverted/ Go to jail and get murdered/ Murder was the case they gave us/ Manipulate the system so the prison could save us/ Nothin can save us.”

In statement about the track, Martin said, “Someone asked, how do I feel? I told them hurt, fearless, angry, aware and fully ready to protect me, my family & my people at all cost. I got together with Black men that felt the same way and created a work of truth. PIG FEET.”

Check out “PIG FEET” below. It comes paired with a video featuring recent footage from Black Lives Matter protests and instances of police brutality, including when a couple of college students were tased in their own car by Atlanta cops. “This video is happening right outside your window,” reads a statement at the beginning of the clip.
“PIG FEET” follows Martin’s recent collaborative EP with Ric Wilson. Washington, too, just put out his score for the Michelle Obama documentary Becoming. As for Curry, he and Kenny Beats released an instrumental version of their UNLOCKED project. 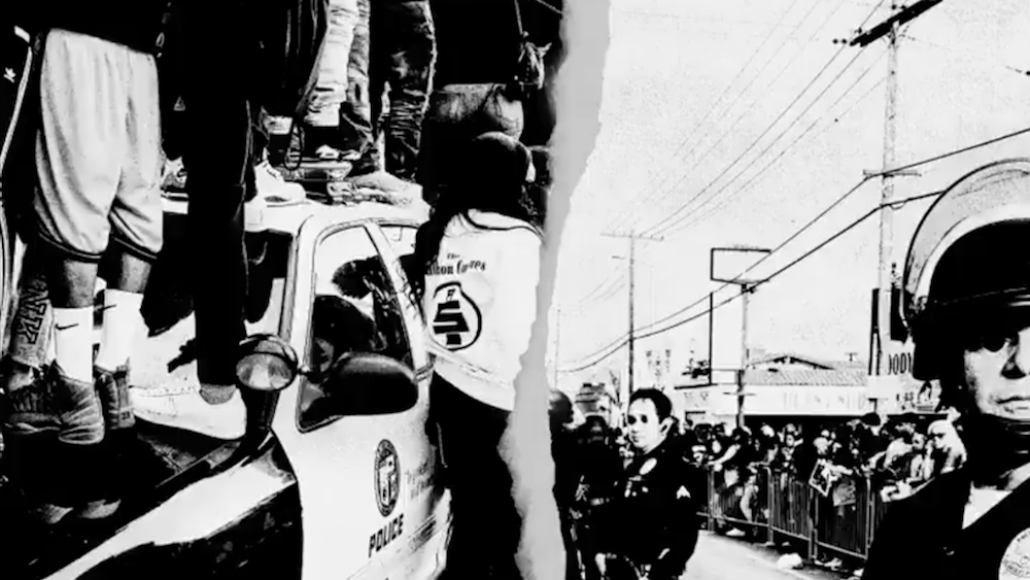 If you’re feeling the same fury as Martin, Washington, and Curry, we encourage readers to support the following organizations.