The 2020 Aftershoc Festival in Sacramento, California has officially been rescheduled to fall 2021 due to the COVID-19 pandemic. Organizers have announced that previously revealed 2020 headliners Metallica and My Chemical Romance will remain on the bill for the 2021 iteration, which takes place October 7th-10th.

Metallica were scheduled to play two sets at Aftershock 2020 as part of five U.S. festival appearances this year, all of which have been canceled due to the pandemic. The thrash-metal legends will play two sets at the 2021 edition, headlining Friday, October 8th, and Sunday, October 10th. My Chemical Romance headline the Saturday in between.

The festival released a statement announcing the postponement:

“After all the harm caused by COVID-19, there is nothing that we wanted more than to be celebrating Aftershock with you this October at Discovery Park for what was going to be a monumental weekend. We, the artists, and Sacramento County all thought we had a shot at being the first post-COVID festival to happen. That really would have been incredible. We waited as long as we could but, unfortunately, the recent spike of cases now requires that we reschedule this year’s sold-out Aftershock to 2021.”

Metallica also released their own statement, expressing disappointment in seeing yet another festival appearance canceled, but cautioning safety during the pandemic:

“Everyone in the Metallica camp is beyond bummed that we can’t come connect with all you incredible music fans in Sacramento and the surrounding area this October which, as you know, is just up Interstate 80 from where we are based. But obviously your health and safety, as well as that of everybody working the festival, and our crew is paramount. So, if that means we have to wait until the pandemic is contained to rock out with you all, that’s what we’ll have to do.”

No other lineup information has been announced, though Aftershock did add a fourth day, Thursday, October 7th, which will be free to festival pass-holders who defer their 2020 pass to 2021.

According to the festival’s statement, 2020 pass-holders will receive an email on Monday (July 27th) with further details regarding their 2020 purchase. 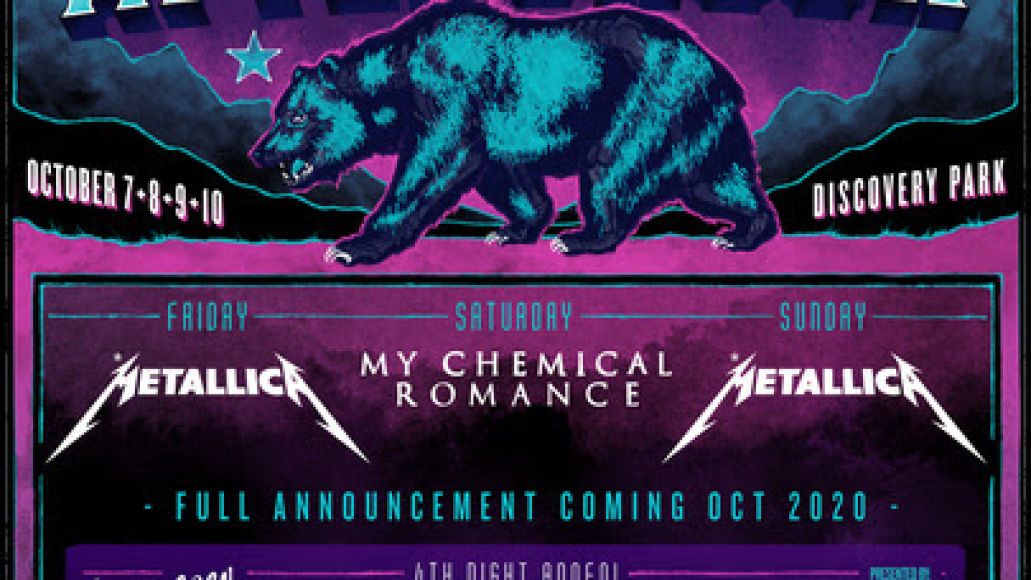 Aftershock Festival 2021: Metallica and My Chemical Romance to Headline