Bush are releasing a new album, The Kingdom, this Friday, and they’re celebrating with a full-production virtual arena show on Saturday. The band is calling the streaming concert a “groundbreaking event.”

The show is being produced by Fantracks, and promises to be a “high-quality, carefully curated and professionally produced” concert. While Fantracks offers a subscription service, the Bush show is being offered free of charge. The livestream begins at 9:00 p.m. ET / 6:00 p.m. PT on Saturday (July 18th) at Bush’s official website.

During the show, fans will have the opportunity to purchase Bush’s new album, The Kingdom, at a discounted price of $5.99 for a digital download and $8.99 (plus shipping) for a CD version. Fifty cents from each album sale will go to the nonprofit When We All Vote.

Frontman Gavin Rossdale and company have already seen some success from the new album, with the latest single “Flowers on a Grave” climbing up the rock radio chart. Had it not been for the pandemic, Bush would have kicked off a U.S. tour with Breaking Benjamin on Wednesday (July 15th). For now, their tour plans are on hold.

Tune in Saturday for the Bush livestream. In the meantime, watch the video for “Flowers on a Grave” and see the poster for the virtual concert below. 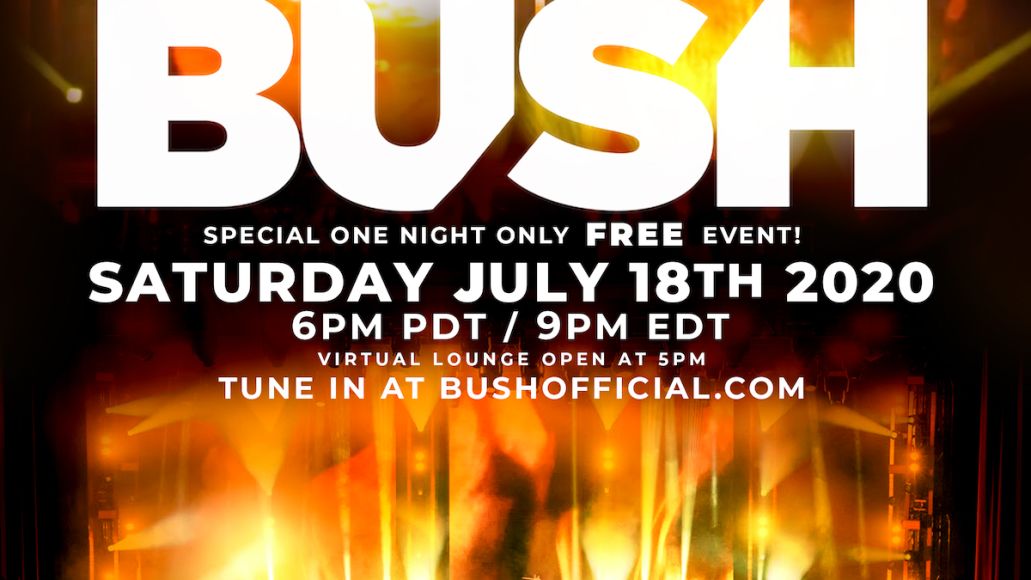