Corey Taylor isn’t letting the pandemic stop him from remaining the busiest man in metal. The Slipknot and Stone Sour frontman has announced his first solo album, CMFT, and has released the first two singles — “CMFT Must Be Stopped” (featuring Tech N9ne and Kid Bookie) and “Black Eyes Blue”.

Anyone who has seen Slipknot live knows what the “MF” in CMFT stands for, as it’s Taylor’s favorite profanity to use onstage. The album, due October 2nd via Roadrunner Records, contains 13 songs, ranging from newly penned tracks to ones that Taylor first started writing as a teenager.

“CMFT Must Be Stopped” features Taylor laying down a rapped verse over a heavy rock instrumental. He is joined by rhyme-slingers Kid Bookie and Tech N9ne, who each get a full verse in the song, as well. The heavy chant-along chorus repeats the line, “I don’t need nothin’ (Not a motherf**kin thing).”

“Black Eyes Blue” is more of a straight-ahead rocker, with melodic yet punk-like verses reminiscent of Rise Against, and a radio-friendly chorus.

CMFT is available for pre-order in various physical packages from Corey Taylor’s merch site, or digitally from Amazon. Watch the video for “CMFT Must Be Stopped” and hear the audio for “Black Eyes Blue” below, where you’ll also find the album artwork and tracklist. 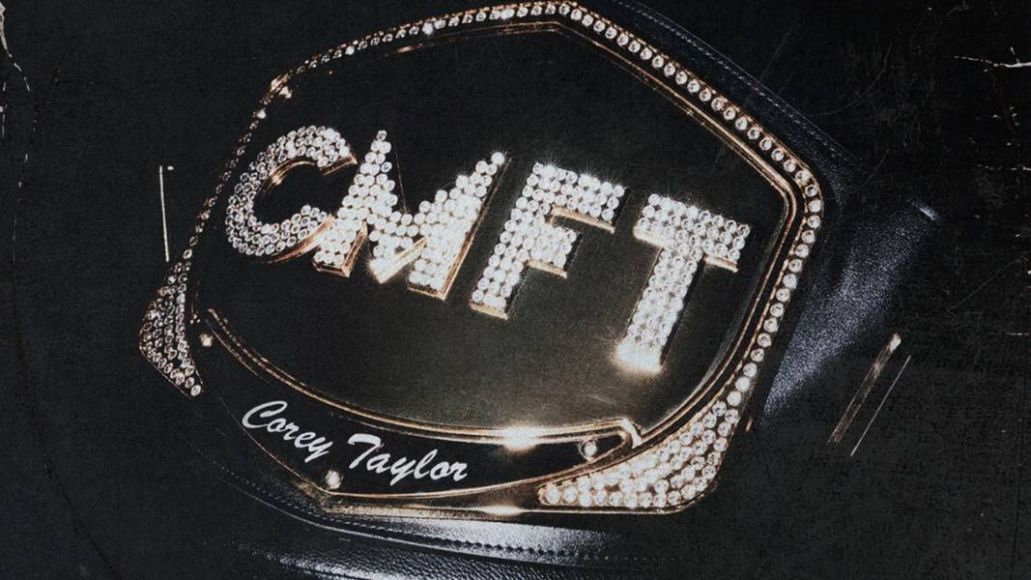