Dawes have today announced the October 2nd release of a new album called Good Luck with Whatever. In anticipation, they’ve shared the lead single, “Who Do You Think You’re Talking To?”.

Marking the band’s seventh full-length overall, Good Luck with Whatever is the band’s first with new label Rounder Records. It follows a series of self-released records including 2018’s Passwords, 2016’s We’re All Gonna Die, and 2015’s All Your Favorite Bands. For Good Luck with Whatever, Dawes teamed with Grammy-winning producer Dave Cobb (Brandi Carlile, Jason Isbell and the 400 Unit) at Nashville’s landmark RCA Studio A.

According to a press statement from frontman Taylor Goldsmith, the recording process saw him opening up more to his bandmates’ input:

“In the past, I’ve definitely been more precious about the way I wanted the songs to sound, but that’s never as fun. The music we make is everyone’s mode of expression, and the other guys all have chops that I don’t have and never will. The fact that we’re able to lean on each other and celebrate each other as individuals just makes us so much more excited about getting to play together in this band.”

From the sounds of lead track “Who Do You Think You’re Talking To?”, bringing everyone closer to the process has led to a bigger sound. As Goldsmith’s classic melodies and riffs continue the thread of Dawes’ decade-long career, the percussion snaps like a whip crack and Lee Pardini’s keys reach Roy Bittan levels of drama as they’re pushed to the forefront.

Goldsmith explained the song “is about the way we bring our baggage with us as we move away from traumatic experiences and relationships. And the irony of sometimes our newer partners needing to be part of the processing more so than the folks who caused the trouble in the first place.” Gee, wonder what he could be talking about.

“Who Do You Think You’re Talking To?” comes accompanied by a video from director Caitlin Gerard, which you can check out below. Meanwhile, pre-orders for Good Luck with Whatever are available now, and the tracklist and album art are ahead.

Good Luck with Whatever Artwork: 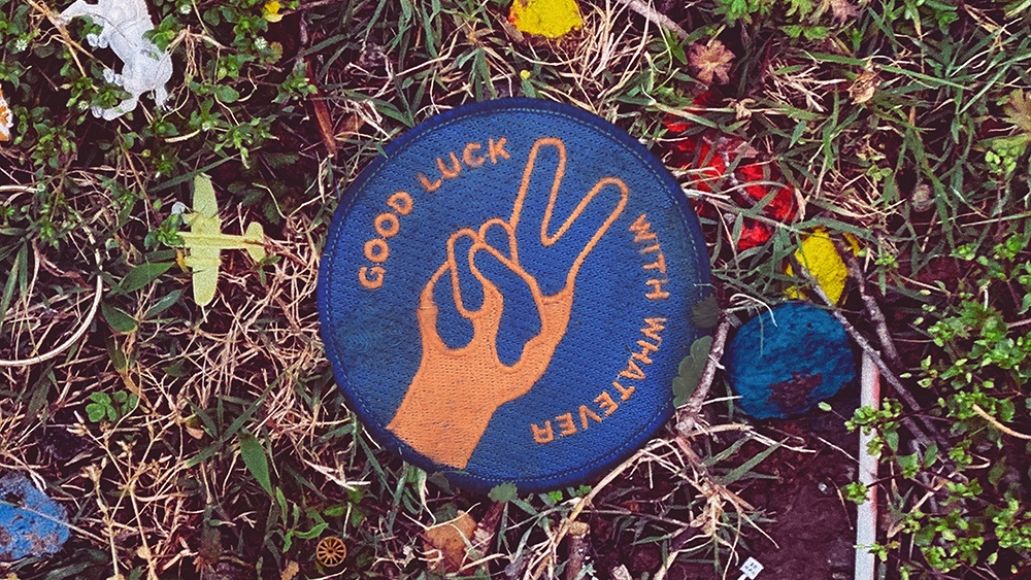 Dawes Announce New Album, Share "Who Do You Think You're Talking To?": Stream