Headphones may soon be a thing of the past if Elon Musk has his way. The tech bro and Kanye loyalist believes his latest product, a brain chip implant, will be able to stream music directly into our brains.

Neuralink, a startup recently co-founded by Musk, has been developing “computer-brain interfaces” with the intention of “helping humans keep pace with advanced artificial intelligence.” As TechCrunch further explains, the idea is to “implant gossamer-thin wires” — supposedly thinner than human hair — into a person’s brain. These would be connected to an external computer machine, but the aim is to one day make the connection between these two completely wireless.

Musk first announced Neuralink last year, including details on “successful” experiments on mice and apes. He plans to reveal a slew of new updates come August 28th, and in the lead-up to that big day, he’s been dropping bits of new information on Twitter as of late.

It was the social media platform that Musk confirmed his ambitious plan to stream music — like Grimes’ stellar Miss Anthropocene for instance — straight into the depths of our brains through his Neuralink product. “If we implement neuralink – can we listen to music directly from our chips? Great feature,” computer scientist Austin Howard tweeted at Musk last Saturday. The Tesla and SpaceX CEO replied simply, “Yes.”

The idea of listening to music sans wires and extra devices and accessories sounds neat, especially for those of us who thought The Jetsons world would be here by now. But Musk has yet to elaborate on how the technology would actually work: Could we hear a song simply by thinking of it? Or, do we need to subscribe to a streaming service? In which case, would we be subjected to ads? If so, what would prevent someone from hacking into the technology and delivering secret, encoded messages? Would we need to be connected to the internet to hear music, or would thousands of songs be downloaded into our brains? The more you think about it, the more absurd the whole premise sounds.

Aside from the ability to stream music, Musk also claims Neuralink may one day be able to cure mental health issues like depression and addiction. He also says the chip could allow paralyzed people to control devices. 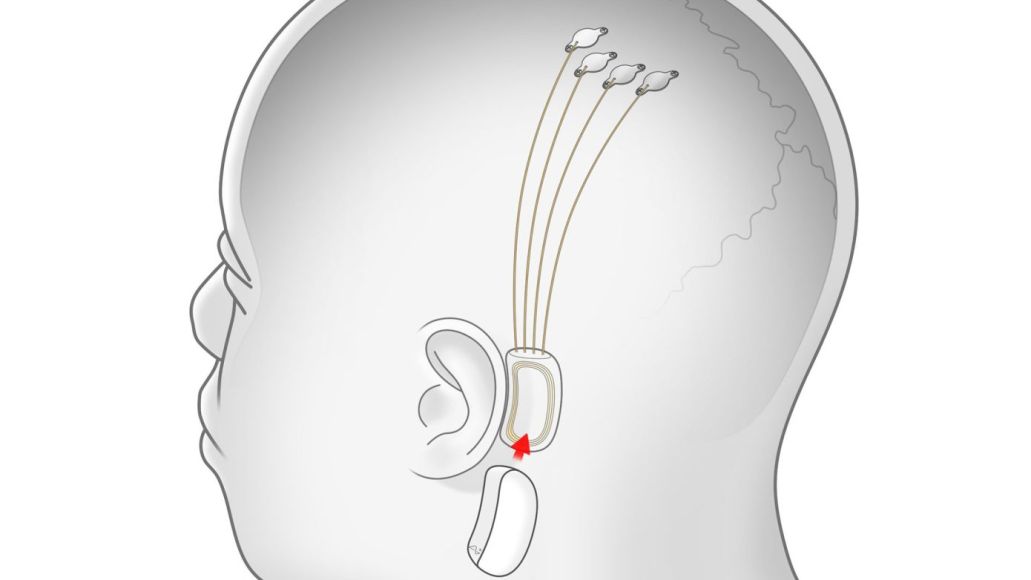