Gimme a Reason takes classic albums celebrating major anniversaries and breaks down song by song the reasons we still love them so many years later. This time, we celebrate 40 years of AC/DC’s Back in Black. Also, be sure to enter our huge giveaway below or here.

By and large, whenever an established rock band attempts a singer change, it falls flat.

So, it would have been understandable if fans of AC/DC weren’t very hopeful after beloved frontman Bon Scott tragically died at the age of 33 on February 19th, 1980 (just as the band appeared to be on the cusp of a worldwide commercial breakthrough, after the stellar Highway to Hell ), and it was announced a short while later that a largely unknown British singer, Brian Johnson, had taken his spot behind the mic.

Previously a member of Newcastle rockers Geordie (who enjoyed some chart success in the UK during the early ‘70s), Johnson was largely unknown outside of England. And after Scott’s untimely passing, Johnson was on a shortlist of singers the band invited to try out, which resulted in him getting the gig.

There has been speculation concerning just how much of a role Scott played in the writing of the material that wound up on Johnson’s AC/DC debut, Back In Black (it’s been confirmed that Scott played drums on some demos alongside Angus and Malcolm Young, but there are differentiating reports concerning if he had any input in the penning of lyrics), but either way, the album became a gigantic hit upon its release on July 25th, 1980.

Peaking at No. 4 Stateside and topping the album charts in France, the UK, Australia, and Canada, Back in Black has gone on to become one of the best-selling albums in US history – at last count, topping 25 million copies and coming in at No. 4 all time (behind only the Eagles’ Greatest Hits, Michael Jackson’s Thriller, and the Eagles’ Hotel California). And the reason why is simple; it is one of AC/DC’s most inspired and strongest efforts from front to back, as well as one of the group’s best-sounding studio albums (courtesy of hitmaker/producer Mutt Lange).

01. The “bell toll” that opens the album remains one of the most ominous beginnings of any AC/DC song and serves as a tribute to their fallen bandmate, Bon Scott.

02. Right off the bat, Brian Johnson shows that his vocal approach would be quite different than his predecessor’s. In the book A Rockin’ Rollin’ Man: Bon Scott Remembered, Pantera’s Phil Anselmo described Scott’s vocals as an “Aussie drawl,” whereas Johnson was much more of a shouter — as heard here.

03. AC/DC may have secretly wanted to be weathermen. Not only are thunder, rain, a hurricane, and lightning included in the lyrics here, but who can forget the title of their 1990 hit, “Thunderstruck”?

04. In the ‘80s, AC/DC caught some flak from religious groups and the PMRC because of Satanic imagery in some of their lyrics. And here, ol’ Beelzebub rears his horned head in time for the chorus, “Hells bells/ Satan’s comin’ to you.”

05. A prop was introduced into the AC/DC stage show almost immediately, in which an actual bell appeared on stage that Johnson would clang, signaling the arrival of the tune.

06. AC/DC often incorporated firearm imagery in their lyrics, too — as evidenced by the song title here and by such other ditties such as “Guns for Hire”, “Big Gun”, and “Gone Shootin’”.

07. The “plucked guitar part” at the 3:22 mark serves as a precursor to a similar-sounding bit that kicks off the classic title cut of their next album, For Those About to Rock (We Salute You).

08. The drum part that Phil Rudd pounds out underneath the aforementioned “plucked guitar part” sounds like a not-so-distant relative of the famous “Bo Diddley beat,” which proved quite popular among rock drummers in 1980. Alex Van Halen offered up a similar-sounding beat the same year on Van Halen’s “Everybody Wants Some!!”

“What Do You Do for Money Honey”

09. For the verses, bassist Cliff Williams plays a simple single-note bassline (as eighth notes) — an approach he has utilized on other AC/DC tunes (“Who Made Who” being an obvious example).

10. Rather than letting the guitar chords ring out (a la “Let Me Put My Love into You”), the Young brothers slash n’ mute the strings for the verse.

11. As suggested by its title, the song is about a woman who is “material-minded,” as confirmed by such lyrics as “Never gonna give it for free” and “All your digging for gold”

12. “Women who have done AC/DC’s singer wrong” is a lyrical approach that has come up time and time again over the years, as evidenced by this tune, as well as “The Jack”, “Squealer”, and “What’s Next to the Moon”.

“Given the Dog a Bone”

13. Drummer Phil Rudd is one of the most straight-ahead drummers in all of rock history (in other words, he never indulged in playing paradiddles on a vast array of octobans) – and he certainly keeps things simple here.

14. Brian Johnson has used the phrase “the lot” a lot! In the third verse here, he says, “She’ll give you the lot,” and five years later,  warned that “Playing with me you’re going to get the lot” on “Playing with Girls.”

15. To be more specific, as evidenced by the song’s title and such lines as “She’s using her head again,” the song is an obvious ode to a certain sexual activity.

16. The song is another in a long line of thinly veiled double entendre song titles by the band, along with “Sink the Pink”, “Heatseeker,” and the immortal “Big Balls.”

“Let Me Put My Love into You”

17. The song is quite similar in style and feel to “Hells Bells” and features almost the exact same tempo (clocking in at 105 beats per minute, whereas “Hells Bells” measures 107 bpm).

18. Brian offers another humdinger piece of “gutter poetry” with “Let me cut your cake with my knife.”

19. The song is in the key of A — also utilized by such other classic rock tunes as Jimi Hendrix’s “Foxy Lady”, Aerosmith’s “Sweet Emotion”, and Pearl Jam’s “Alive”.

20. The title track serves as a battle cry against those who figured the band was finished following the death of Bon.

21. Angus and Malcolm Young were undoubtedly one of the best guitar duos in rock history when it came to penning now-classic guitar bits, and one of their all-time greatest kicks off this tune.

22. Certainly one of the most triumphant (and swagger-filled) songs of AC/DC’s entire discography, it’s no wonder why it’s blasted at most sporting events to get stadiums motivated.

23. Think “’80s hard rock guitar,” and it was mostly ruled by shredders. But in this song, Angus takes his time with a tastefully done and highly memorable solo, certainly one of his best known and best ever.

24. This song probably features Phil Rudd’s “fill-less” drum approach better than any other AC/DC tune, opting for thumping, straight-ahead beats rather than showing off.

“You Shook Me All Night Long”

25. One of the best “one-two” punches that kick off any side two of a rock album, “You Shook Me All Night Long” was a contrast to the previous song – it’s one of AC/DC’s most melodic/pop tunes ever.

26. Quite a few classic rock tunes offer up memorable riffs plucked one note at a time (Zeppelin’s “Heartbreaker”, Priest’s “Breaking the Law”, The Beatles’ “Daytripper”, etc.), but here, the song is built entirely around bashed-out chords. 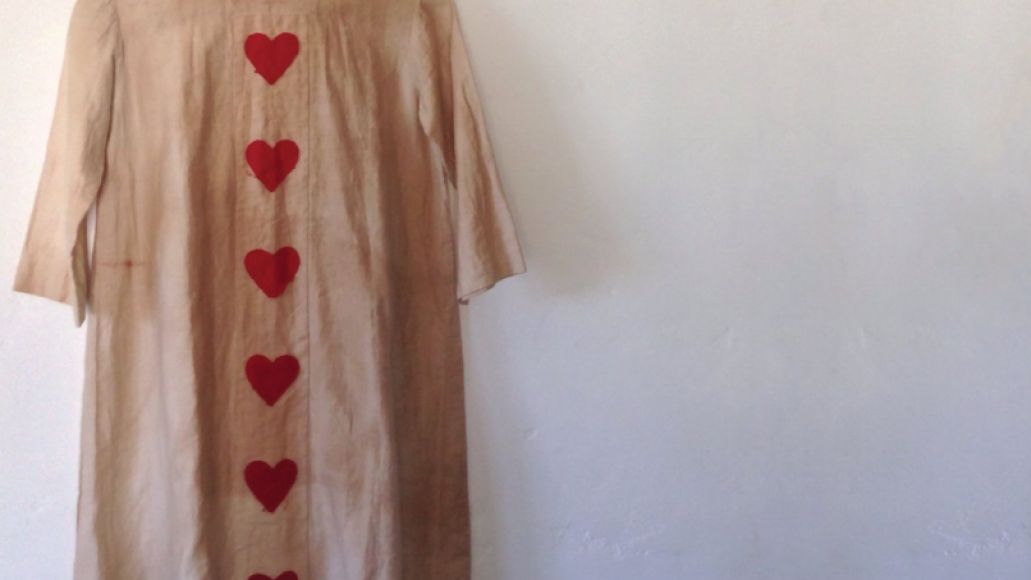 27. The memorable phrase “American thighs” would later be recycled by ‘90s alt-rockers Veruca Salt for the title of their 1994 album.

28. Due to its mainstream appeal, the song was wisely issued as the first single from the album — climbing to No. 35 on the US charts (and serving as AC/DC’s highest-charting Stateside single for years … before being usurped by a No. 23 placing of “Moneytalks” in 1990).

29. Two videos were filmed for the tune. The first one was a mimed version of the band on a soundstage around the song’s original release, and a much-more-seen second clip, thanks to MTV, was filmed six years later (when the tune was recycled for the Who Made Who compilation/soundtrack), complete with the Young brothers dressed as schoolboys, Johnson taking a bath, and many ladies riding stationary bicycles while wearing high-heels.

“Have a Drink on Me”

30. Some may say titling a song “Have a Drink on Me” after their former singer had likely just died from alcohol poisoning might not have been in the best of taste, but somehow AC/DC managed to pull it off.

32. Just before the solo, Johnson suggests that the listener “Get stoned!” However, “stoned” is a term mostly associated with marijuana use, not usually alcohol.

33. The Young bros were simply oozing with killer guitar bits throughout the album, including a great one that comes seemingly out of nowhere 45 seconds in.

34. Quite possibly the most uptempo tune here on an otherwise decidedly mid-paced album.

35. According to Merriam-Webster, “Shake a Leg” means “to perform a series of usually rhythmic bodily movements to music” or “to proceed or move quickly.”

36. The lyrical sentiment “Fighting on the wrong side of the law” is another one that AC/DC has included in other compositions, including “Jailbreak”, “Nervous Shakedown”, and “Danger”.

37. Probably the bluesiest that AC/DC got on the album, particularly the leisurely paced beginning.

38. Brian Johnson assumes the role of a Peeping Tom with the lyric “I took a look inside your bedroom door/ You looked so good lying on your bed.”

39. Quite possibly the most Phil Rudd ever utilized his cymbals on an AC/DC tune — for the part after Johnson says, “To me it makes good, good sense.”

40. AC/DC have always been defenders of “the rock,” as evidenced by this song title, plus such other ditties as “Rocker”, “Let There Be Rock”, and “That’s the Way I Wanna Rock n’ Roll”, among other rockers (pun most certainly intended).

Enter the Back in Black 40th Anniversary Giveaway!

We’re giving away a massive prize pack of gear to have you rocking just like AC/DC. Included is a Gibson Custom SG “Red Devil” guitar just like Angus Young’s; the latest SoloDallas Schaffer Tower EX signed by inventor Ken Schaffer; a Marshall JTM45 amp with a SoloDallas Black Mod converting it to a JTM50, just like the one Young used on Back in Black; and a Marshall cabinet loaded with vintage speakers (a total retail value of over $15,000). Five runners-up will each receive a Schaffer Replica Storm pedal and Back in Black on vinyl.

Enter simply by filling out the widget below. Note: If you do not see the widget, click here to enter (open to U.S. and Canadian residents only).

AC/DC Back in Black 40 Prize Pack

50 Reasons We Still Love The Beatles’ Let It Be

40 Reasons We Still Love AC/DC's Back in Black