Illuminati Hotties have unveiled the new mixtape Free I.H.: This Is Not The One You’ve Been Waiting For. Stream it below with Apple Music and Spotify.

With humor, compassion, and thrashing guitars, Illuminati Hotties have become synonymous with Los Angeles’ “tenderpunk” movement.  Free I.H. is the follow-up to 2018’s Kiss Yr Frenemies, and was written during a messy breakup with indie label Tiny Engines. The label engaged in some, uh, questionable accounting practices, and like so much kick-ass punk music, Free I.H. comes from a place of getting royally (or royalty) fucked.

Bandleader Sarah Tudzin wrote the mixtape in February, before COVID-19 had become a global nightmare. In an interview with Stereogum, she spoke of composing songs about a messed-up world, and then watching that world descend into even greater darkness. She said,

“The weird thing about this project is that I wrote and recorded all of it in three weeks in February — it all happened over the span of a few weeks, and I sent it to my friend Simon [Katz] to mix it at the top of March. As everything shut down, it weirdly became more and more appropriate subject-wise. Shit was hitting the fan big time before we were all trapped inside and forced to face it. That was just a reaction to shit having been bad and been scary, and now that we are forced to deal with bigger things face-to-face, it’s become especially pertinent.”

Free I.H.: This Is Not The One You’ve Been Waiting For was preceded by lead single “will i get cancelled if i write a song called, ‘if you were a man, you’d probably be cancelled’”.

Free I.H.: This Is Not The One You’ve Been Waiting For Artwork: 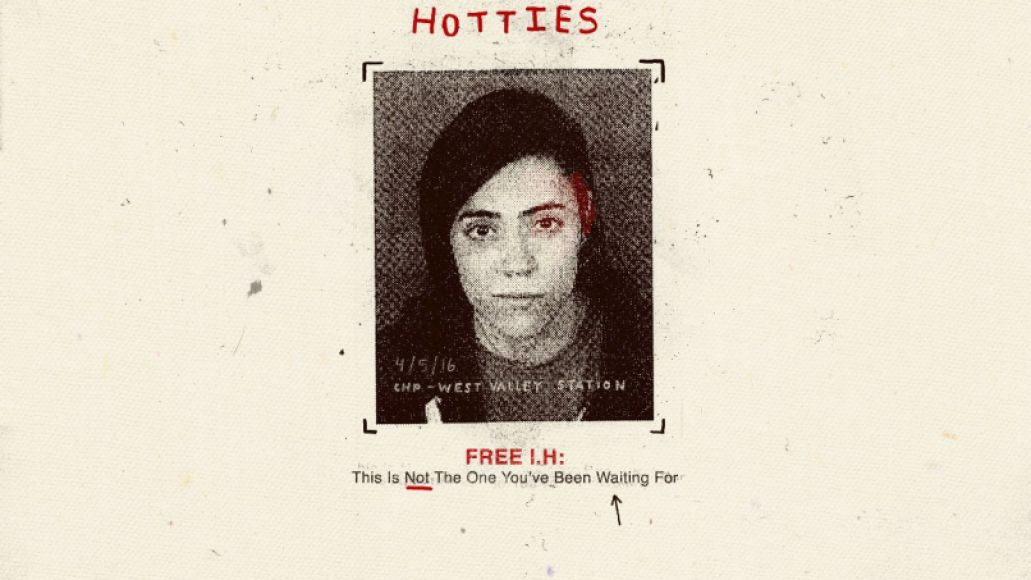 Illuminati Hotties Unveil New Mixtape Free I.H.: This Is Not The One You've Been Waiting For: Stream