In lieu of a physical event, Lollapalooza has announced a massive four-night livestream.

Streaming for free on YouTube, Lolla2020 promises 150 performances and appearances, including archival footage from previous editions of the festival, as well as new, original performances from the likes of Kali Uchis, Vic Mensa, Jamila Woods, Tanks and the Bangas, Pink Sweat$, H.E.R., and more.

Throughout the event, Lollapalooza will also promote a number of social causes. The festival is partnering with Michelle Obama’s When We All Vote organization to encourage new voter registration; Obama herself is expected to make an appearance at some point. Additionally, viewers will be encouraged to donate to the Equal Justice Initiative, which is committed to ending mass incarceration and excessive punishment in the U.S., and the Arts for Illinois Relief Fund, which provides financial relief to venues and workers impacted by COVID-19.

Lollapalooza’s Lolla2020 livestream goes down Thursday, July 30th – Sunday, August 2nd beginning at 5:00 p.m. CT nightly. Update: The full Lolla2020 schedule has been revealed and can be seen below.

Like every other major event in the US this year, Lollaplooza canceled its 2020 physical staging due to concerns over the coronavirus pandemic. And if you believe the festival’s co-founder, it may not be until 2022 before another edition of Lolla can be held. 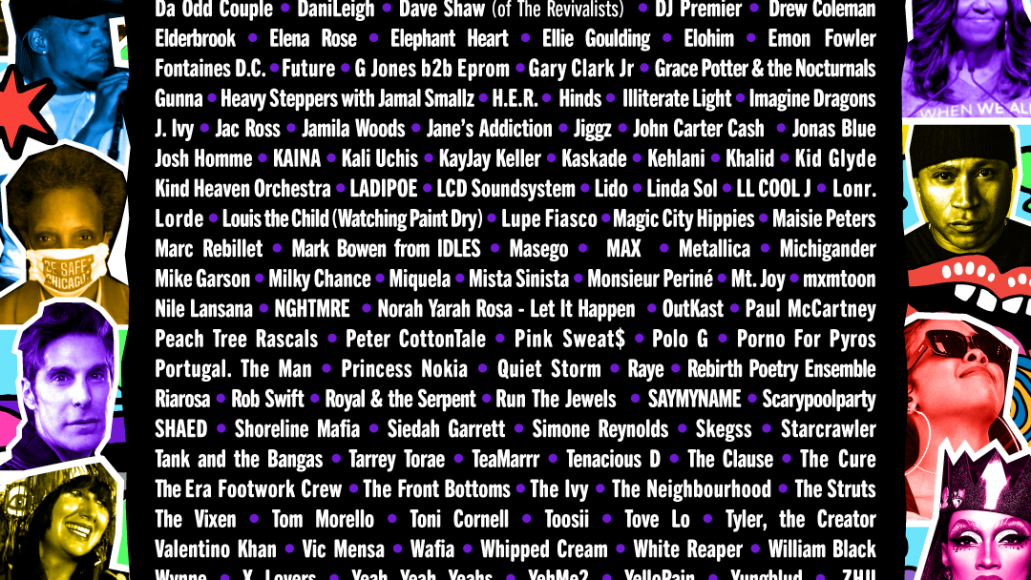 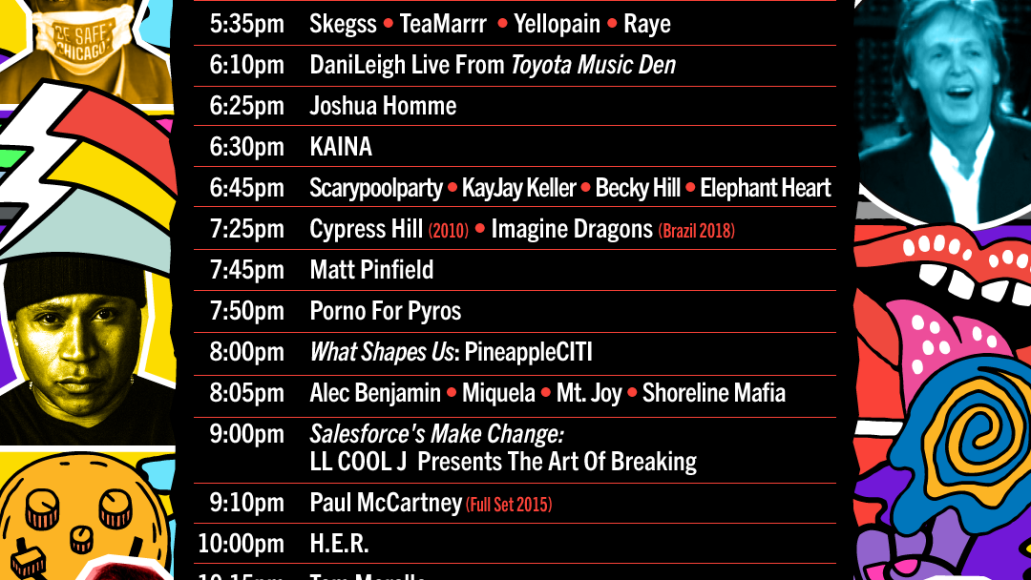 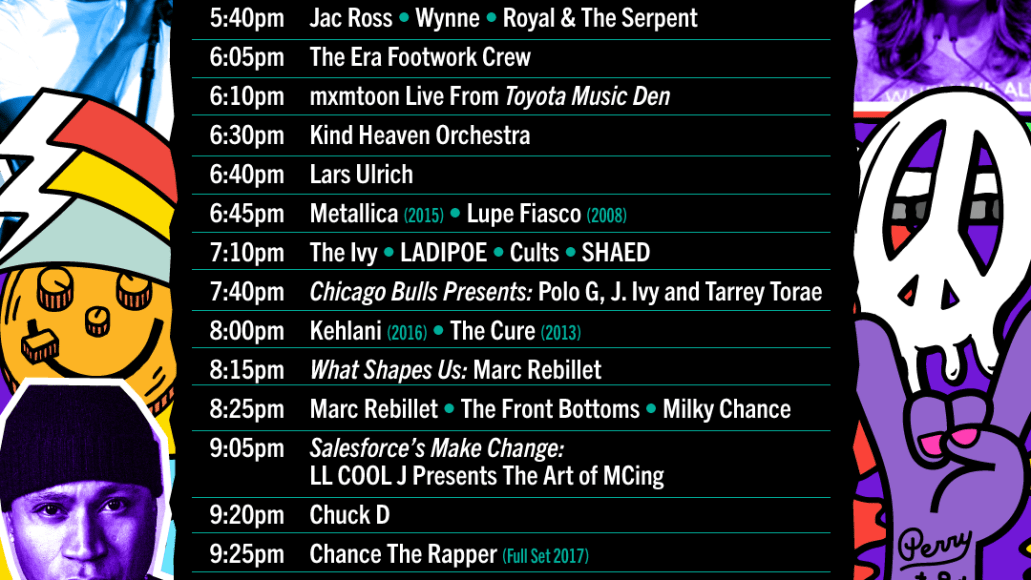 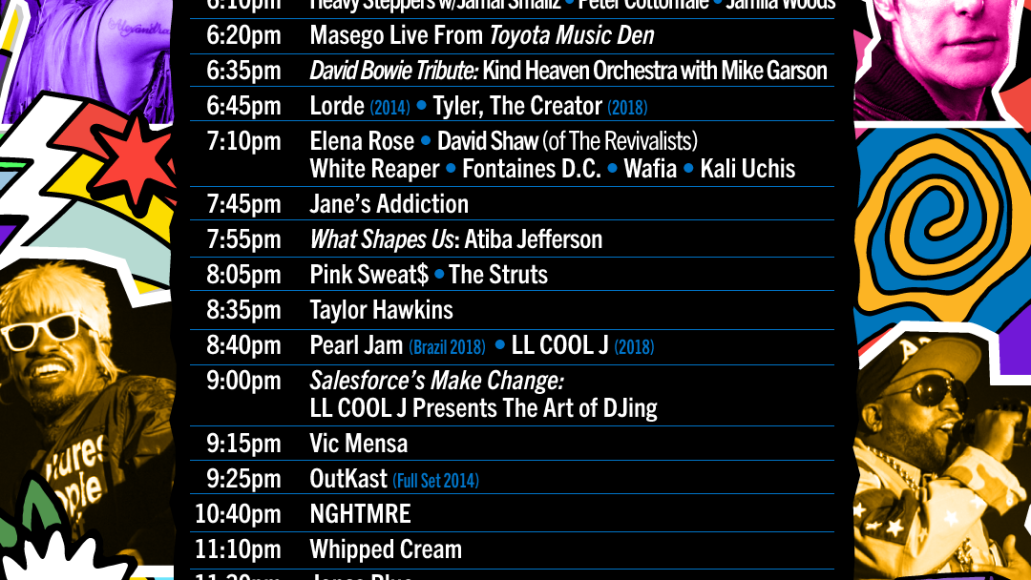 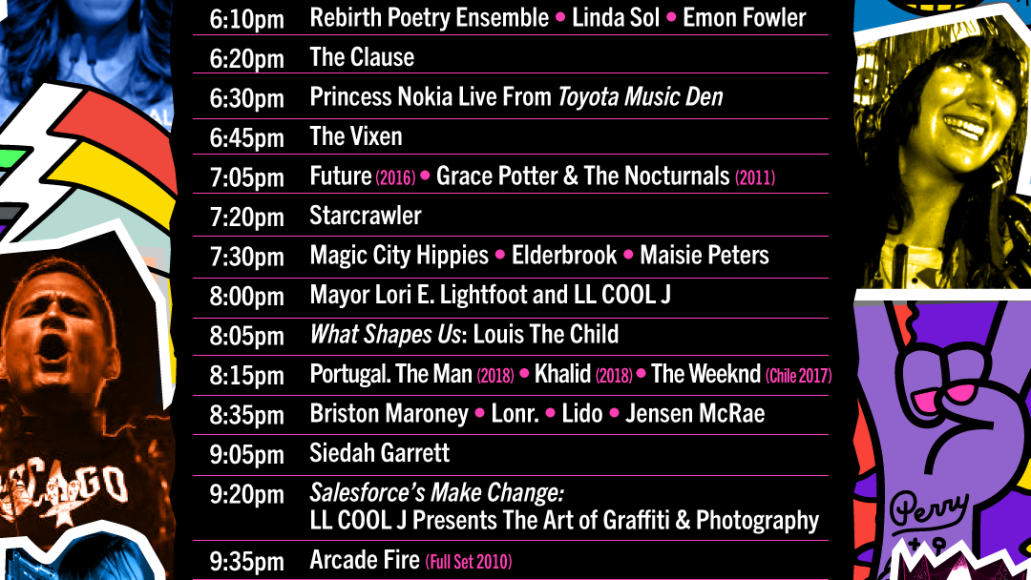