There is arguably no drum fill in pop music that’s more iconic than Phil Collins’ epic break in his ubiquitous 1981 hit “In the Air Tonight”. Behind the huge sound of Collins’ drums is a combination of quality gear, choice effects, and luck. It just might be the ultimate air-drumming song.

“In the Air Tonight” marked Collins’ first solo single, having already established himself as a longtime member of Genesis. And with the song, Collins kicked off his solo career with a literal bang. Even Ozzy Osbourne, who fronted Black Sabbath and launched a successful solo career of his own, declared, “That drum fill is the best ever — it still sounds awesome.”

While it’s one thing to master air-drumming to “In the Air Tonight”, it’s another thing to conquer it behind the kit. Thanks to a recent instructional video from Reverb (see below), and a few pieces of recommended equipment (click on the links to check out the gear), you could master Collins’ massive sound in no time: 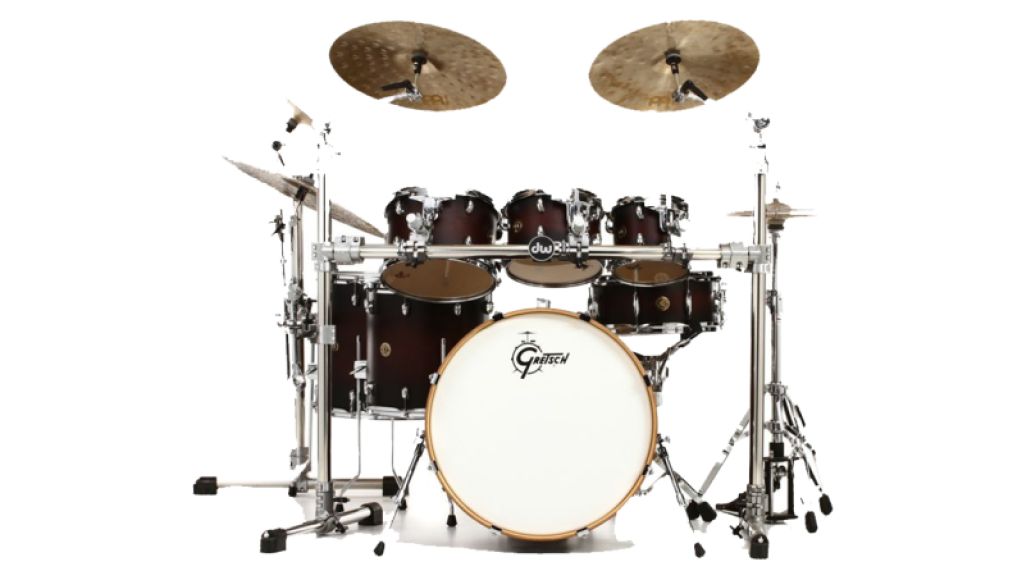 Taking on Phil Collins means taking on a lot of highly specific drums. You’ll need to clear some room in your rehearsal space for a Gretsch kit (“Square Badge”-era if you’re going for true vintage) and the key to the rolling fill of “In the Air Tonight”: lots of toms. Reverb recommends 10-inch, 12-inch, 13-inch, and two 16-inch toms, all with their resonant heads removed. It’s a beast of a kit, but the break is mostly toms of different sizes.

Next, you’ll want a Ludwig Supraphonic Snare, with the head heavily dampened. You can still have fun jamming the fill even without the aforementioned modifications to the toms and snare. But if you’re going for authentic tone replication, these are Collins’ trademarks.

The particularly striking sound of the “In the Air Tonight” fill is the gated reverb effect used on the drum take. It was also recorded through a bit of studio trickery and luck, using the reverse talkback microphone in the studio. Typically used for the musician in the tracking room to communicate with those inside the recording booth, engineer Hugh Padgham was startled by the sound created by the talkback’s inherent compression, which allowed the musician to be heard at a proper volume no matter where there were talking from inside the tracking room.

When Collins tracked drums for onetime Genesis bandmate Peter Gabriel’s “Intruder”, he played through the reverse talkback, which led Padgham to rewire the talkback to be properly recorded. For collector enthusiasts, the recording console in question is the Solid State Logic 4000 mixing board. Padgham and Collins would use the SSL 4000 and its reverse talkback feature to obtain the “Intruder” sound. Lastly, sending your clean drum signal through good gated reverb, like the MXR M300, would also help in conjuring the tone, an effect often employed by Collins while in Genesis and throughout his solo career. Gated room microphones, such a Neumann tube mic, were also used.

For more tips on replicating Phil Collins’ “In the Air Tonight” drum fill, check out Reverb’s video below, followed by Collins’ live performance of the song at Montreux in 2004.