Rituals of Mine, the solo project from experimental R&B musician and activist Terra Lopez, has announced her second full-length album: Hype Nostalgia is due out September 25th on Carpark Records. It’s the newest offering from the Los Angeles-based act since 2019’s Sleeper Hold EP, which was given the remix treatment in February 2020.

As a title, Hype Nostalgia places a futuristic radiance on its difficult subject matter. Lopez recently dealt with the deaths of her father and her best friend, and poured those emotions into her songwriting, choosing instead to focus mainly on their lives. “[I wanted to] create an album that was not centered solely on grief but that carried the duality in which grief and joy could co-exist,” said Lopez on Instagram. She doesn’t shy away from playing with the aesthetics and tone of modern hip-hop — Lopez embraces trap-leaning cadences with a California drawl, and savvy R&B beats that stretch out every thoughtful lyric.

To tease the forthcoming LP, Lopez is sharing “Free Throw (feat. KRIS)”. The lead single is a perfect introduction to Rituals of Mine and is sure to be a welcome treat for current fans. For this release, Lopez teamed up with the prolific musician Kristina Esfandiari of King Woman, Miserable, and NGHTCRWLR. Under the KRIS moniker, Esfandiari’s breathy vocals merge beautifully with Lopez’ processed rap.

Both women are BIPOC and activists in their own rights, and “Free Throw” is an extension of that work: “Kris and I talk a lot about our experiences being women of color in the music industry,” said Lopez in a release. “It takes a toll on your mental health, your confidence, your perseverance. It also limits your access to opportunities within the industry in a very real way. We wanted to address how we were feeling and have been feeling for years in ‘Free Throw’ by airing it all out.”

The single’s corresponding video features 3-D video game avatars of Lopez and Esfandiari on motorcyles, riding through a neon city and LA hills. Lopez can also be seen wearing a basketball jersey — it’s a call to the album artwork, which recreates her childhood bedroom, covered in posters of her favorite NBA stars.

Check that out below, and then pre-order Hype Nostalgia. 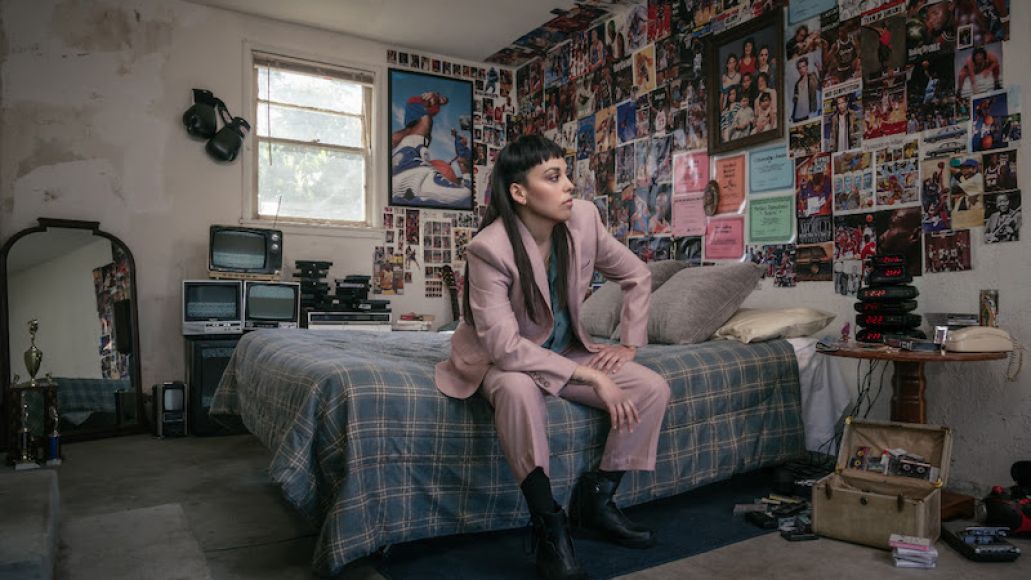