A bevy of notable rock musicians are coming together for a good cause. Slipknot’s Corey Taylor, Halestorm’s Lzzy Hale, Bush’s Gavin Rossdale, and more will perform during the “Rock for Relief” virtual benefit show, while Alice Cooper and others will conduct interviews.

“Many people are struggling with hunger during this unprecedented time, including children, families and seniors,” remarked Dan Nisbet, Feeding America’s Vice President of Development. “Feeding America member food banks are on the ground helping to address the increased need in their communities. We are so grateful for United Stations Media Networks and the talent involved in the ‘Rock for Relief’ benefit concert, which will raise funds to provide meals to people who need them most.”

A video trailer and full lineup poster can be seen below, while the stream itself will be broadcast from the “Rock for Relief’ website. 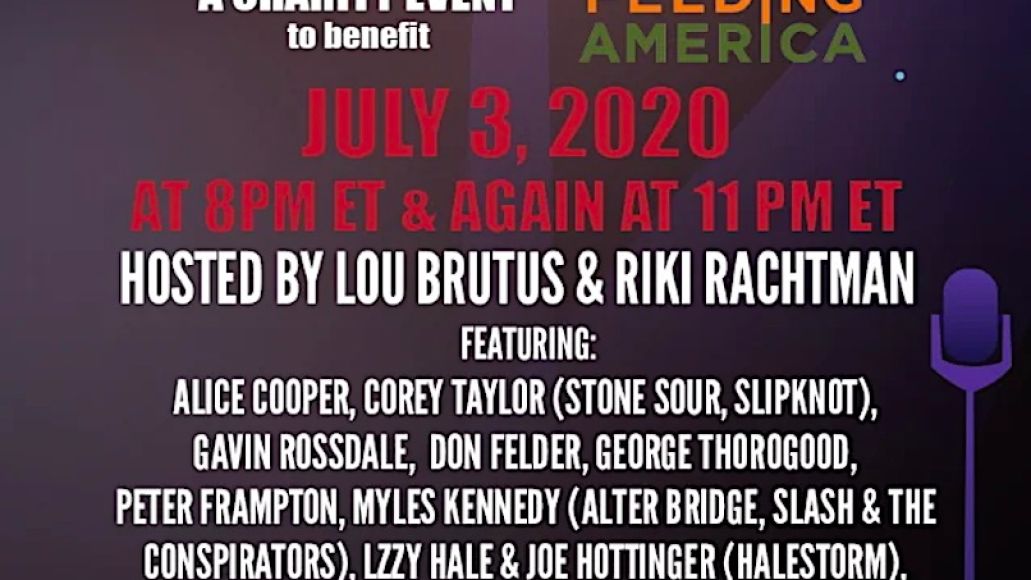