Legends Never Die, the first posthumous album from Juice WRLD, has officially arrived. Stream the highly anticipated hip-hop release below via Apple Music or Spotify. For a high-definition listening experience, you can sign up for a 60-day free trial of TIDAL HiFi.

Today’s effort is the third full-length to date from Juice WRLD, following Goodbye & Good Riddance from 2018 and 2019’s Death Race for Love, which hit shelves just a few months prior to the rapper’s passing in December. Among the album’s early teasers: “Righteous”, the Trippie Redd-assisted “Tell Me U Luv Me”, “Life’s a Mess” with pop singer Halsey, and “Come & Go” featuring DJ/producer Marshmello. Other album contributors include Polo G & The Kid Laroi, who appear on “Hate the Other Side”.

Upon the release of “Life’s a Mess”, Halsey revealed she got a tattoo in tribute to Juice WRLD. The new ink includes the song title and the numbers 999, which the late MC (born Jarad Anthony Higgins) also had tattooed on himself. In an interview last year, Juice WRLD explained that “999” was “666” inverted, and that it represented “taking whatever ill, whatever bad situation, whatever struggle you’re going through and turning it into something positive to push yourself forward.”

Juice WRLD tragically died late last year from an accidental drug overdose. To coincide with this new album, the rapper’s mother, Carmela Wallace, has established the Live Free 999 Fund, which provides access to education, prevention, and treatment options for opioid addiction and other forms of drug abuse. In recent months, Juice WRLD’s rhymes have been posthumously featured on tracks from G Herbo (“PTSD”), Eminem (“Godzilla”), and Polo G (“Flex”). 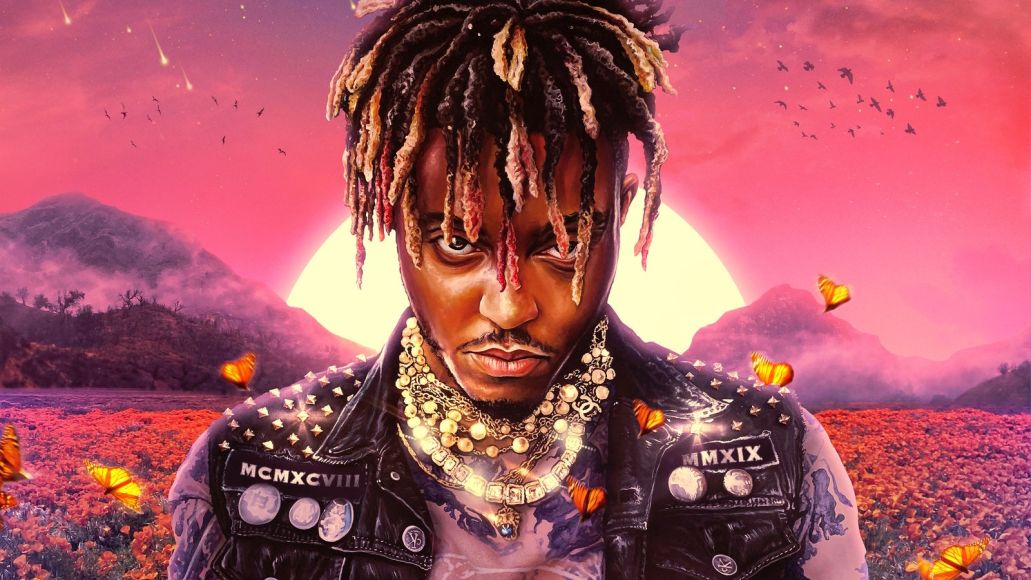