The Front Bottoms have announced a new album called In Sickness & In Flames. It’s due out August 21st via Fueled By Ramen. To celebrate the news, they’ve shared lead single “Montgomery Forever” alongside its own music video.

In Sickness & In Flames is the duo’s seventh album overall and follows their 2017 LP Going Grey. Perhaps most notably, it was produced by Mike Sapone. Over the course of 12 songs — one of which is the previously released single “Camouflage” — The Front Bottoms use this new album to celebrate life, purge angst, and push forward with “positive and creative energy,” according to a press release.

“Montgomery Forever” sounds like a grown-up version of The Front Bottoms. The acoustic pop-punk sound they found a cult following with is still here, but it sounds more polished and tightened. Driven by its hook-forward chorus, “Montgomery Forever” is brisk and jubilant, the type of song that would be perfect to rope new fans in at a music festival if those were still a thing as planned.

In the song’s music video, which was directed by their longtime collaborator Mark Jaworski, the duo can be seen performing the song while filmed through a literal negative lens and splotched ink dots. In additional scenes, splashes of water soar upwards, flowers catch on fire, and a modest house can be seen slowly lighting up. The visuals lend a darker mood to the otherwise upbeat number. Watch it below.

Pre-orders for the album are currently ongoing. While you wait for the record to arrive, check out the official artwork and tracklist below.

In Sickness & In Flames Artwork: 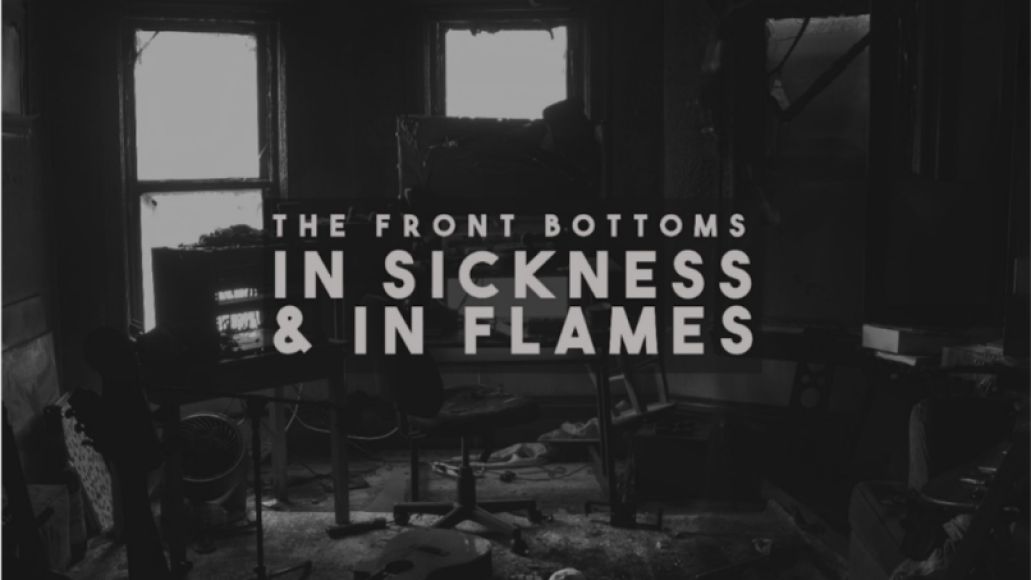