The Pitch: When we last saw the super-powered, super-dysfunctional Hargreeves siblings, they had front-row seats to the end of the world — mostly because they caused it. In a last-ditch attempt to stave off the apocalypse, time-traveling Number Five (Aiden Gallagher) zaps the Umbrella Academy back to the past to stop it, only to find out he’s flung his brothers and sisters scattershot throughout different years in the early 1960s in Dallas, Texas. Each of them thinking they’re alone, they try to settle into new lives: Hulking Luther (Tom Hopper) turns to drink, despair, and bare-knuckle boxing; mind-control maven Allison (Emmy Raver-Lampman) gets married and embeds herself in the budding Civil Rights Movement; knife-throwing bruiser Diego (David Castañeda) is institutionalized; pansexual medium Klaus (Robert Sheehan) starts a cult, much to the consternation of the ghost of his late sibling Ben (Justin H. Min).

And what of Vanya (Elliot Page), the all-powerful black sheep of the family, whose powers are responsible for doomsday? She loses her memory and holes up with a sleepy farming family to care for their mute boy.

But true to form, Five finally catches up with them in 1963 just in time to learn of yet another apocalypse coming their way. This time, it’s a Cold-War-gone-hot with the Soviets in the wake of JFK’s assassination, set to happen in a couple weeks’ time. To save the world and get back to 2019, Five and the gang have to reunite, patch up their emotional wounds, and find out who’s set to kill (or save) JFK. 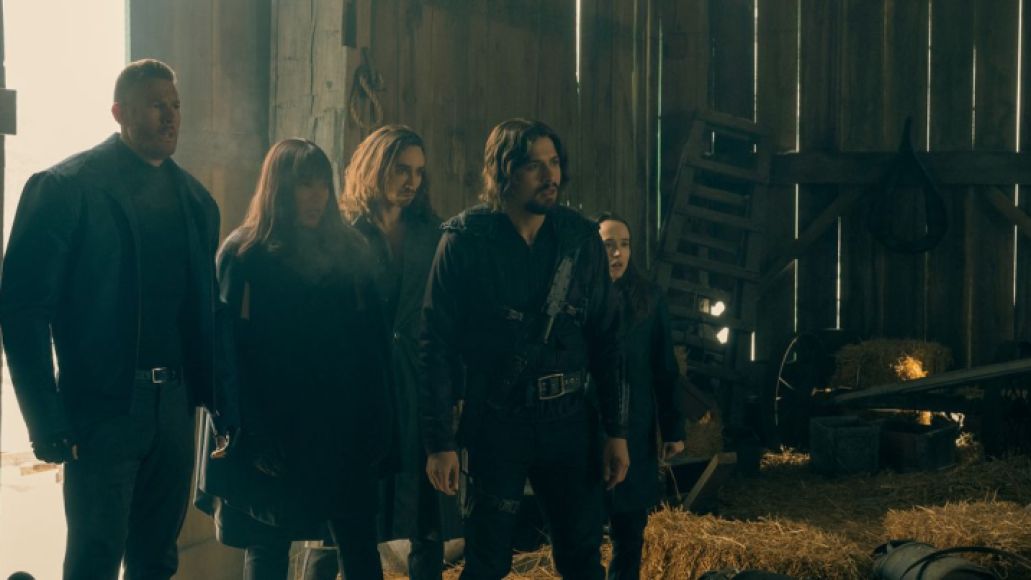 Gloom Patrol: While we were fairly positive on the first season when it premiered last year on Netflix, it was clear the show (adapted from the Gerard Way- and Gabriel Ba-created comic book series) had a long way to go to smooth out its rough edges. With Season 2, we get a marked improvement in The Umbrella Academy‘s sense of focus. Granted, the show is still centered around the bickering of a group of deeply insecure superheroes marred by bruised egos and a tyrannical father figure. But this time, the dynamics are smoother, the characters more fleshed out, and the performances more assured. (Sheehan, ever the brilliant physical comic, milks a good deal of fun out of Klaus’ ragdoll gesticulations.)

Comparisons certainly abound with that other comic book show about a dysfunctional family of misfit superheroes, DC Universe’s criminally-underrated Doom Patrol. In that respect, Umbrella Academy can’t help but suffer. Doom Patrol is more of an episodic hangout show about metahumans working through their personal foibles, where Umbrella uses that as more of a backdrop for character quirks and time-shifting mayhem.

For one thing, it’s seemingly chosen its lead in Gallagher, whose Five is the primary driver of the plot in both seasons, leaving the rest of the Hargreeves to pull double-takes and play catch-up to the narrative. Their respective subplots are also a mixed bag: Vanya’s heartfelt romance with a young farmer’s wife and Klaus’ tete-a-tete with the spectral Ben over control of the former’s body makes for great, compelling stuff. Others, like Diego’s obsession with JFK and Luther’s continued infatuation with Allison, disappear from your mind as soon as they’re off-screen.

But unlike Doom Patrol, about a found family’s struggle to lift each other from their respective traumas, Umbrella Academy has its characters wrestling with the same shared experience — the absentee, controlling manipulations of Colm Feore’s Reginald Hargreeves, who you can bet makes a few appearances this season as his younger self. That was one of Season 1’s weakest points, and it plagues much of the front half of Season 2 as well. But when the gang finally reassembles midway through the season, it’s cathartic, not just for the Hargreeves family, but for us: the ensemble does its best work when they’re actually allowed to be in the same room. Season 2 feels more about a broken family healing and coming back together, and it’s in those moments that it shines. 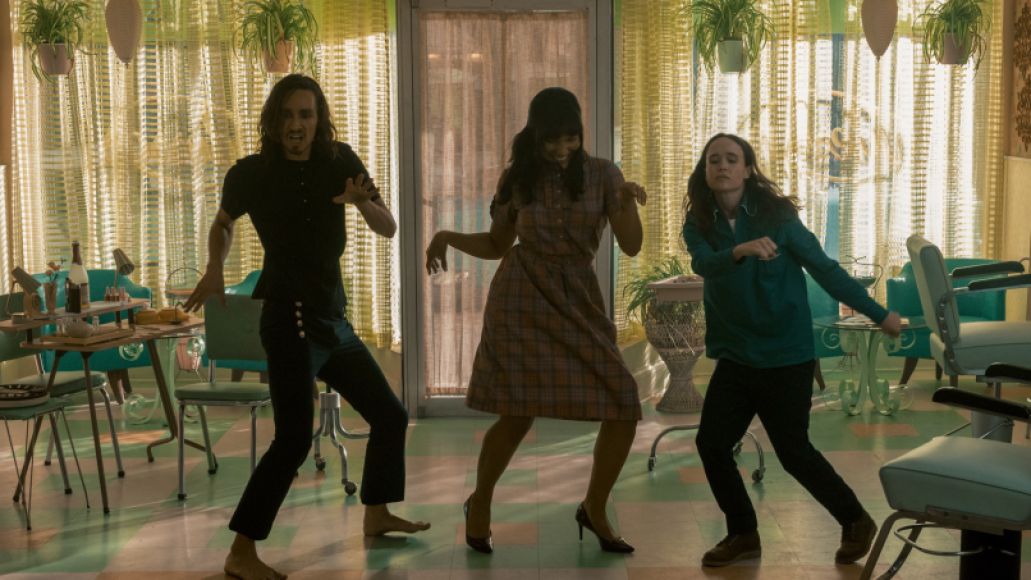 Rock Your Body Right: Of course, what The Umbrella Academy lacks in narrative finesse, it partially makes up for in visual panache. Neville Kidd’s cinematography is still lush and vibrant, and the directors (including Stephen Surjik) find plenty of inventive ways to stage a fight scene. The Deadpool-esque music supervision is back, making room several times an episode for ironic song covers or peppy pop bops to drape over a gory fight scene. Watch Five roundhouse-kick an assassin to The Interrupters’ “Bad Guy” or a slickly-choreographed setpiece to “Backstreet’s Back”. When the Academy get to quit navel-gazing and finally show off their stuff, it’s a giddy treat. More of that, please.

Blast from the Past: Season 2’s historical setting is also a novel way to spice up the show, though its treatment of history has some mixed results. Production designer Mark Steel makes like a kid in a candy store with the season’s ’60s aesthetic, the Dallas of the past filled with pastel-colored storefronts and rustic farmhouses. All that stuff is lovely to look at, especially when paired with Christopher Hargadon’s on-point costumes. Watching our mopey, goth-tinged heroes wander aimlessly around the squeaky-clean Americana of the ’60s places their outsiderdom in greater relief.

But then we run into issues like the show’s surface-level treatment of the Civil Rights Movement, which treats sit-ins as novel when they’d been going on for years before the one we see in the show. The subplot is well-intentioned but frustratingly murky in its execution, doubly so when we just saw HBO’s Watchmen handle the history of American racism through the lens of superhero fiction with far greater alacrity. What’s more, it continues to give the talented Raver-Lampman the least to do out of all the Hargreeves family, and that includes the actual ghost.

What’s Streaming on Netflix in August 2020

The Verdict: It still won’t blow the doors off Doom Patrol, but as a slicker also-ran with plenty of ironic sound cues to accompany its stylish fisticuffs, The Umbrella Academy feels like it’s found its footing in season 2. Showrunner Steve Blackman (Altered Carbon) gives his cast a novel playground in which to work, and does some necessary tightening of the story to suit its narrower focus. It’s easier to follow, and far less dour — actors like Page, Gallagher, and Sheehan get to ply their trade in entertaining fashion.

Where’s It Playing? The Umbrella Academy returns for a second season of cheeky needle-drops and fractured family antics on Netflix July 31st.

The Umbrella Academy Season 2 Swings into the '60s: Review