The Boys are indeed back. Amazon Prime Video has released an official trailer for Season 2 of the anti-superhero series, which sees the vigilante gang in the government’s crossfire.

Throughout the trailer, TV news reports are broadcasting “wanted” images of Billy Butcher (played by Karl Urban) and his associates, who are on the run and being hunted by elite military squads. In the first portion of the trailer, Butcher is separated from the rest of his comrades, but once he returns with a reassuring “Daddy’s home,” the trailer erupts into the show’s signature blend of gory violence and snarkykri wise-cracks.

The trailer also offers a good glimpse at one of the show’s new main characters, Stormfront (played by Aya Cash), a master of social media and a notorious renegade. She fills the empty slot in the Seven after The Deep (played by Chase Crawford) got booted out of the group in the first season. Check it out below.

Based on the comics by Garth Ennis and Darick Robertson, and adapted by Seth Rogen, Evan Goldberg, and Eric Kripke, Season 1 of The Boys was an NSFW hit that we named one of our favorite TV shows of 2019. The second season of The Boys hits Amazon on September 4th with three new episodes, followed by one new episode each week until the finale on October 9th. As Kripke detailed in a recent Collider interview, the new season will also come with a short film focused on Urban’s Butcher.

Last month, the season two release date was announced during a virtual reunion of the show’s cast hosted by Patton Oswalt, who plays a new character in Season 2. That reunion video was rife with clips and background info on the new season, and even included the first three minutes of episode one. 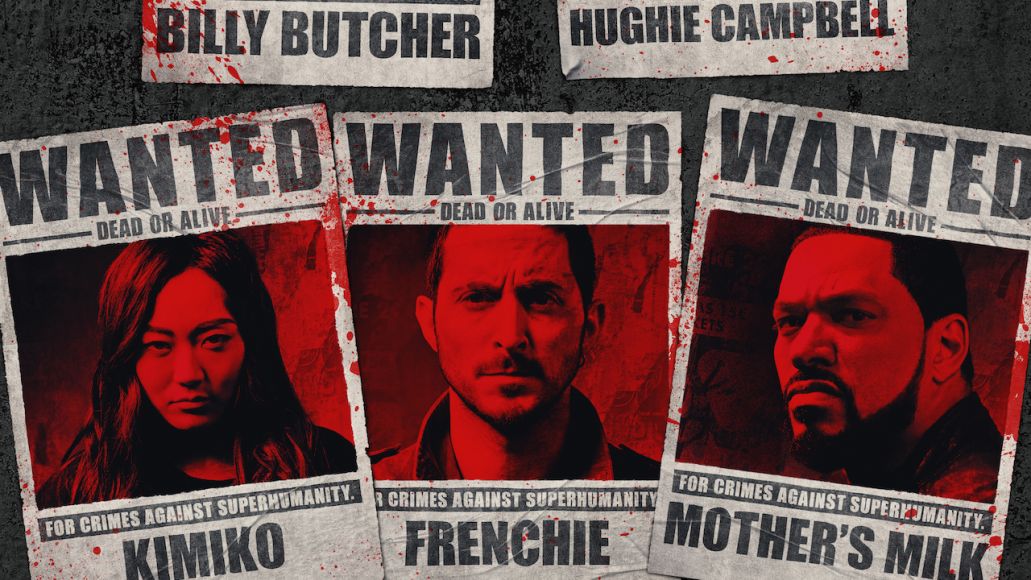 🚨 SEASON 2 TEASER TRAILER🚨
Shit is about to hit the fucking fan. Drop your live reactions below 👇 pic.twitter.com/vWb18smgGY

The Boys Are on the Run in Gory Season 2 Trailer: Watch