After releasing their debut album, Oscillator, last year, Ashrr return with the brand new song. The trio crafts an evocative take on synthy post-punk on “WAVES”, which showcases the talents of each musician. The song’s dense production is a staple of Allen, whose previous work includes Black Rebel Motorcycle Club and Ben Harper.

Davis’ singing and the musical contributions of Charles conjure the track’s brooding atmosphere. The varied textures defy easy categorization, though it’s obvious that Ashrr draw from a bevy of inspirations, including their own past sonic endeavors as individuals. Influences like Bauhaus, Nine Inch Nails, and Depeche Mode can also be detected.

“Since our formation, Ashrr’s sound has been in a constant state of flux as we continually draw inspiration from the creative forces that surround us,” the band states of the song. “Our musical journey led us to a style that explores elements of sound from across the spectrum of rock, from adrenaline fueled post-punk and brooding dark wave to futuristic analog synth and primal guitar driven rock, with all roads leading to our new single ‘WAVES’.”

The statement continues, “’WAVES’ is about life’s struggles, redemption, and the guttural instinct for survival against impossible odds and the realization that by letting anxiety wash over you and pass, you can free yourself.”

Immediately after their first studio session together at Allen’s Silverlake studio in 2017, the musicians knew they were onto something.

“After we left Ethan’s studio the first time, I said to Steven, ‘This could really be a special band’,” Charles recalls. “We’d both been in other groups, but they weren’t like Ashrr. We didn’t have any rules or deadlines. We just wanted to write songs by our own definition. It felt like a collective immediately.”

Adds Davis: “Right out of the gate, we decided we were gonna make the kind of music we want to hear. We wanted the tone to progress and go somewhere. The lyrics assumed the utmost importance. Given the geopolitical realities of our world along with our writing, it took an aggressive and darker tonality.”

The emotionally stirring music video for “WAVES” documents the journey of a “31-cent gold fish,” according to director Keith Musil.

“The idea for this video came about because of COVID restrictions and a reaction to the social movements brewing at the time,” Musil says. “We needed a concept that didn’t require a lot of actors and would be something I could produce, shoot and edit on my own. Originally, I wanted to document the journey of an inanimate object similar to [Albert Lamorisse’s 1956 short film] The Red Balloon.”

Watch the video for “WAVES” and check out the single’s artwork below. The track is available for pre-order here. 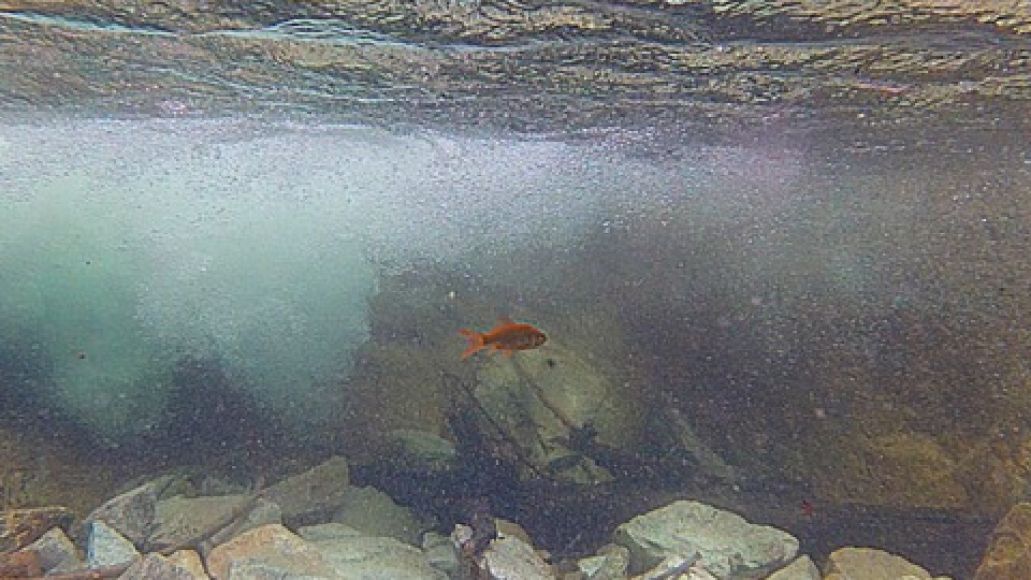