Want more proof that you can’t stop the power of K-pop? While movie studios are creeping ever closer to accepting that theatrical releases in America are still a considerable ways off, BTS just announced a new concert film, Break the Silence: The Movie — and it’s targeting a September 24th debut in the States.

In addition to capturing BTS’s onstage moments, the movie is said to provide fans with “unprecedented access” to the septet. As the film explores “each band member behind the curtain… the seven members begin to candidly tell personal stories they have never voiced before,” according to a press release.

Break the Silence is expected to open in the majority of markets on September 10th, before expanding to further territories — including the US — on September 24th. Marking their fourth theatrical endeavor, the movie will be preceded by a three-night limited re-release of BTS’s 2019 production Bring the Soul: The Movie. That’s coming on August 28th, and will feature a sneak peek at Break the Silence.

Ticketing and more information for both movies can be found at the BTS in Cinemas website. You can also sign up for updates, including the inevitable postponement of the US release when cinemas still haven’t opened by the fall.

On the music front, BTS are set to debut their new English-language single, “Dynamite”, on August 21st. They’ll then perform it during the 2020 MTV VMAs on August 30th. The track follows their recently released Japanese-language album Map of the Soul : 7 ~ The Journey ~, a companion effort to the excellent Map of the Soul: 7, one of our favorite albums of 2020 so far. 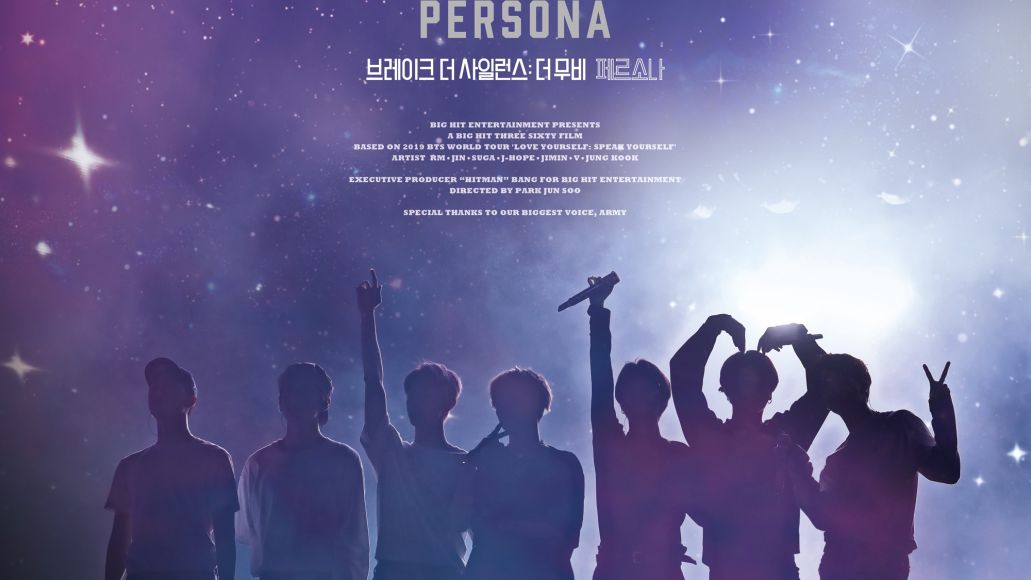