For the first time, South Korean superstars BTS will be performing at the MTV Video Music Awards. The event takes place August 30th with “limited or no audience,” and the Bangtan Boys will be showing off their new English-language single, which has been officially titled “Dynamite”.

While the VMAs aren’t the same cultural powerhouse they were 20 years ago, the event remains a dizzying celebration of music’s visual arts. In addition to their headlining performance, BTS are up for three awards: Best Pop, Best K-Pop, and Best Choreography.

BTS will be joined by fellow first-time performers Doja Cat (three nominations) and J Balvin (four nominations). More performances will be announced soon, but good bets would be Ariana Grande and Lady Gaga, who lead the field with nine nominations each.

Until then, the BTS ARMY will have plenty to tide them over, including teaser photos, a trailer for “Dynamite”, and the explosive debut of “Dynamite” itself on August 21st. As if that weren’t enough, the “Dynamite” B-side will drop on August 24th in the States and August 25th in South Korea. So fans will get not one, but two new songs before the TV debut of “Dynamite” at the VMAs.

The hardest working boy band in the world just released their Japanese album Map of the Soul : 7 ~ The Journey ~, led by glimmering single “Stay Gold”. That effort was the companion to the excellent Map of the Soul: 7, one of our favorite albums of 2020 so far. The group has also been politically active, supporting the Black Lives Matter movement and donating $1 Million to BLM causes. 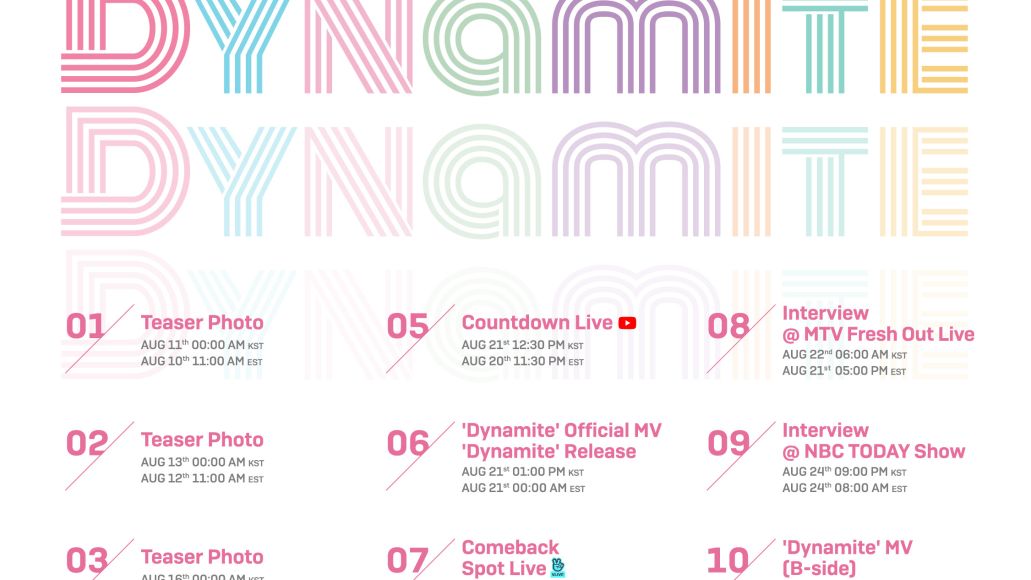