Death metal pioneers Carcass are returning with a new EP, Despicable, this fall. In advance of its October 30th release, the band has unveiled the single, “The Living Dead at the Manchester Manchester”.

The UK band has been perfecting its brand of complex death metal for over three decades, and the song is pinnacle Carcass — featuring grueling musicianship, lyrical images of horror, and a hint of melody. Despicable will be Carcass’ first collection of new music in seven years and includes the previously released single, “Under the Scalpel Blade”.

“Well the COVID situation has put the release of the new Carcass album on the back burner for the time being,” singer-bassist Jeff Walker said in a press release. “Given that we said there’d be new music in August we thought it would be cool to have a stop gap release and let you hear some of the tracks that never quite made the cut. Don’t say we never give you anything. Enjoy.”

The EP’s announcement teases a new full-length Carcass LP coming in 2021. Previously, the band posted that the new album would arrive August 7th, but offered no other details. That news accompanied the release of “Under the Scalpel Blade” on Decibel‘s flex disc series.

Pre-order the Despicable EP via Nuclear Blast or Amazon. Check out the visualizer for “The Living Dead at the Manchester Manchester” and the EP’s artwork and tracklist below. 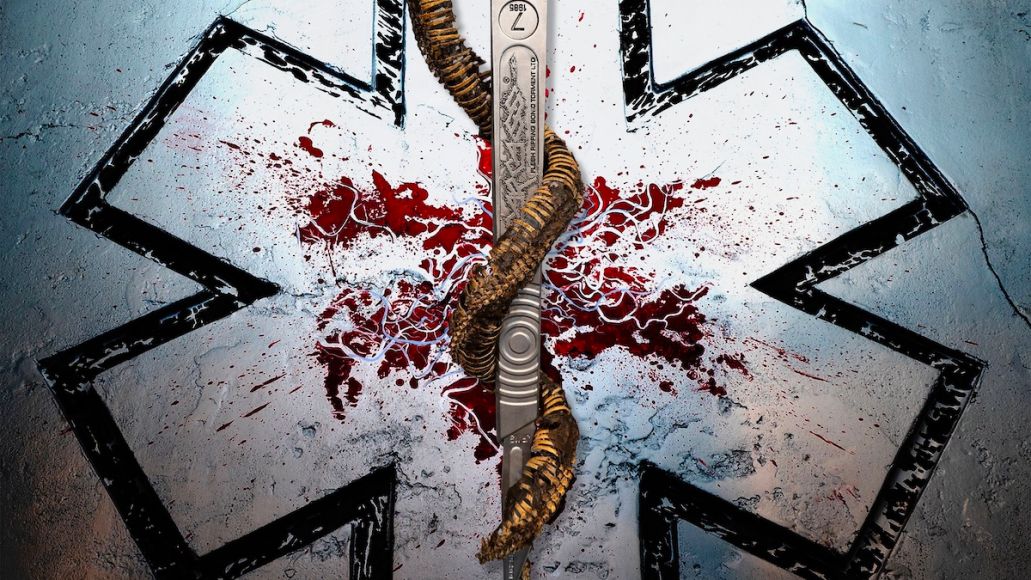 Despicable EP Tracklisting:
01. The Living Dead at the Manchester Morgue
02. The Long and Winding Bier Road
03. Under the Scalpel Blade
04. Slaughtered in Soho