Clipping. have announced a new a new album called Visions of Bodies Being Burned, which doubles as the second installment in their horrorcore series. To herald the October 23rd release date, the experimental rap group has unveiled the new song “Say the Name”.

It’s Clipping.’s fifth album overall, and the follow-up to 2019’s apocalyptic statement There Existed an Addiction to Blood. Now, rapper Daveed Diggs and producers Jonathan Snipes and William Hutson have followed in the grand horror tradition and indulged in a sequel. Vision of Bodies Being Burned was produced by Clipping., mixed by Steve Kaplan, and features guest appearances by the LA twins Cam & China, experimental pioneers Ho99o9, Sickness, and Michael Esposito,  as well as Jeff Parker, Tedd Byrnes, and Greg Stuart.

In a statement announcing the album, Clipping. summed up their intentions by quoting the movie Scream 2:

“There are certain rules that one must abide by in order to create a successful sequel. Number one: the body count is always bigger. Number two: the death scenes are always much more elaborate—more blood, more gore. Carnage candy. And number three: never, ever, under any circumstances, assume the killer is dead.”

That commitment to bigger and more elaborate carnage is on full display in VBBB’s lead single “Say the Name”. It takes as its inspiration the classic Geto Boys song “Mind Playing Tricks on Me”, in which Scarface raps, “Candlesticks in the dark, visions of bodies being burned.” But that’s not the only source material;  “Say the Name” also seems to be a reference to Candyman, and every verse starts with the line “the hook gon’ be…” There’s plenty of violence — “Stop screaming/ Flames ain’t shit to a demon/ Say the name!” — as well as sociopolitical messaging. Daveed raps, “You can’t see it: the mob built the walls, the streets,” and speaks of one death as “The retribution for what you took from the man,” where “the man” seems to mean the killer. Check out the lyric video below.

In April, Clipping. played a livestream for the National Air and Space Museum, “Space Songs: Through the Distance”. They were also one of many artists to criticize Spotify’s CEO for comments he made about artist income.

In addition to rapping, Diggs is an actor of some acclaim. He was an original cast member of Hamilton and also has starring roles in the TV series Snowpiercer and Central Park.

Visions of Bodies Being Burned Artwork: 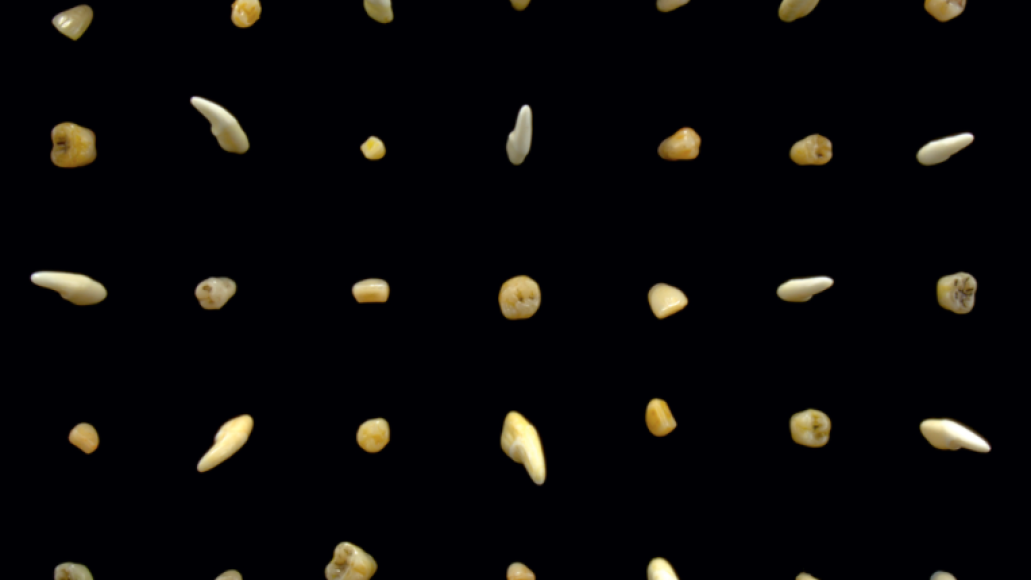