Today brings the release of a new David Bowie live album. Entitled Something in the Air (Live Paris 99), the 15-track LP captures an October 14th, 1999 performance at the Elysée Montmarte in Paris, France.

The concert was notable for a number of reasons. To start, it occurred on the same day Bowie was awarded the Commandeurs of the Ordre des Arts et des Lettres, France’s highest artistic honor. It was also one of only seven shows performed in support of Bowie’s 1999 album, Hours.

As for the setlist, it saw Bowie dig deep into his back catalog and dust off several songs he hadn’t played in decades, including “Can’t Help Thinking About Me”, “Word on a Wing”, and “Drive-In Saturday”. The concert also featured the live debut of Bowie’s Hours track “Something in the Air”.

Something in the Air is the latest in a string of Bowie archival releases. Earlier this week brought news of a 45th anniversary vinyl reissue for Young Americans. Back in May, the Earthling-era live album LiveandWell.com received its first wide commercial release. Prior to that, ChangesNowBowie unearthed nine previously unreleased tracks from an acoustic session in New York in 1996.

Something in the Air (Live Paris 99) Artwork: 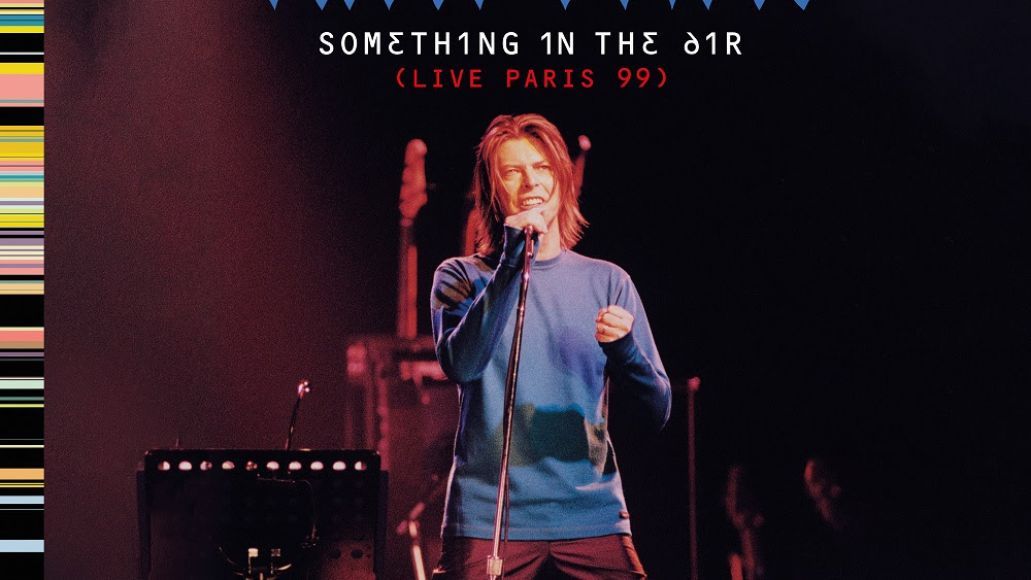