In our new music feature Origins, musicians have the opportunity to provide some unique background into their latest single. Today, Declan McKenna tells us how he got to “Be an Astronaut”.

The age-old dichotomy of technology is that it provides both an avenue for advancement and a medium by which to lash out at any such growth. The Internet, for example, has given us access to a wealth of possibilities, sometimes used to dream big, but just as often used to squash others’ ambitions. On his new single “Be an Astronaut”, rising English songwriter Declan McKenna delivers a rousing rally cry for the former.

McKenna has made quite a name for himself in Europe thanks to his culturally and politically aware songs that fizz with eclectic creativity. “Be an Astronaut” is yet another prime example of this craft, an invigorating cut indebted to David Bowie and The Beatles. Spacey guitars soar high above a heavy “schoolboy” piano line, exploding together like fireworks on the harmonized chorus. “Those boys tell you what to do all the time/ Oh and later on you said I can be just what I want and they said you’re lying,” McKenna sings. “Well you were born to be an astronaut/ And you’ll do that or die trying/ What a way to live and die.”

It’s a humongous track that would be impressive for a stalwart performer, but with McKenna being just 21 years old, it’s a presage of a massive career to come. Take a listen to “Be an Astronaut” below, followed by the complete Origins of the song.

Charley Crockett Shares the Origins of New Single “Fool Somebody Else”: Stream

Already a fan-favorite at live shows, McKenna’s new single is taken from his forthcoming sophomore album, Zeros. Originally expected later this month, the LP has been pushed to September 4th, with pre-orders available now. McKenna will support the release on a 32-date UK and EU tour next spring, and you can find tickets here.

Declan McKenna will be taking over and performing on the Consequence of Sound Instagram account on August 12th, so make sure to tune in!

His lyricism was really inspiring me at the time I wrote this song, the way his songs progress and stay great energy whilst telling the gorgeous stories he does. I also recorded firework sounds akin to that on “The Whole of the Moon”. I googled how they made the sound and copied it.

This album is probably one of the clearest influences on this track, namely “Life on Mars” and “Oh You Pretty Things”, but this has been one of my favourite records since my early-mid teens and I’d wanted to capture something a bit in that world for a while. I knew what was happening as soon as I started writing the song. It’s a nod to Bowie, and his death I suppose.

The Beatles’ “When I’m Sixty Four”:

Paul McCartney’s preppy delivery and piano playing inspired this track in a big way too. I suppose the song was channeling some of my favourite British songwriters: Bowie, McCartney, even T. Rex in the mix here, but I think McCartney has a sort of mini section of each of the verses dedicated to him. There’s something to be said about the song capturing a very British schoolboy experience.

I just sat down on it and had the song almost completely written in about half an hour, while my old flatmate and current bandmate Will sat listening. The sorta spacey theme had to exist as it was one of those tunes that did kind of fall to earth in front of me. 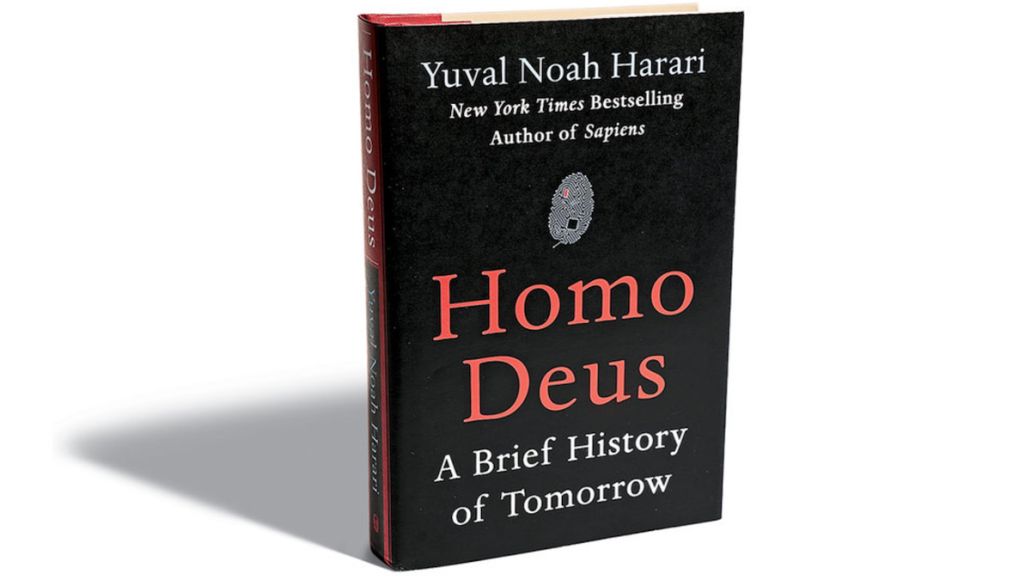 This was a book I read a lot while I was making the record. The idea of us progressing to a point where we can improve our minds and bodies to an unimaginable state, I think “Be an Astronaut” covers the fear of what could become of us. I suppose the “crash” follows it in the rest of the album, and I guess that relates to my fear of the future in this way, and in many ways the concerns raised in Homo Deus.

Declan McKenna Shares the Origins of New Single "Be an Astronaut": Stream