Dolly Parton is a bit of an anomaly. Coming from the conservative world of country music, Parton looks the part of a dumb blond who plays by the rules of the Southern patriarchy. But she is anything but that. While remaining staunchly apolitical, she’s not afraid to speak her mind when asked and is often on the progressive side of the argument. She also has an extremely diverse fan base ranging from members of the LGTBQ+ community to conservative Southern truck drivers.

What’s even more perplexing is that she never seems to lose many of her followers for speaking out the way other female country artists do (ahem … The Chicks). Parton’s activism rarely comes across as reactionary; rather, she seems to be authentically speaking from her heart and a place of love. There’s even speculation that with her unifying presence, Dolly Parton holds the keys to healing our fractured nation. Well, truth be told. She actually has a head start.

Here are several times Dolly Parton has made our world better simply by being herself.

Born in a tiny cabin in Locust Ridge, TN, in the Smoky Mountains, Dolly Rebecca Parton was the fourth of twelve children. While always clothed and fed, Dolly’s parents struggled to make ends meet in the rural sharecropper community. Dolly’s song “Coat of Many Colors” tells the story of a coat her mother made her from a box of multicolored rags because there was not enough money for a store-bought coat. Dolly sings about being laughed at by her classmates, but learning that wealth does not have to do with money.

This song, both heartbreaking and uplifting, is the foundation of the Country Music Hall of Fame’s Words and Music program, a course designed to help teachers guide students through the lyric-writing process. Mentors give students the tools to tell their own stories through song lyrics, then pair them with a songwriter to create a finished piece. Dolly also wrote a children’s book inspired by this experience that is now used to teach kindness and self-compassion.

Dolly’s first hit was “Dumb Blond”, a song that would come to sum up her complex persona. Known for her iconic, ultra-feminine look, it would be easy to dismiss her as just another dumb blond, but history has proven that she is anything but. She is a savvy businesswoman reportedly worth around 500 million with a foothold in nearly every aspect of the entertainment world. Dolly, in many ways, embodies the stereotypical blond bombshell look, but going on 50 years now, it’s clear this is the image she’s chosen for herself, not one that was forced upon her. There’s long been a rumor that she has tattoos under her perpetual long sleeves, but she recently confirmed that while she does have tattoos, they are small and mainly cover scars on her fair skin. Dolly proves that you can look the way you want to and still be taken seriously and that there can be strength in traditional femininity.

Dolly’s big break came in 1967 when country star Porter Wagoner hired her as the new “girl singer” on his musical variety show. The two worked together for seven years, recording many successful albums together before Dolly left the partnership seeking creative freedom. Seen as a risk that bristled many in the Nashville music scene, Dolly stepped out on her own and moved to LA, solidifying her status as a pioneer for women in the music industry. The song “I Will Always Love You” was written as a goodbye to Wagoner (supposedly written the same night as “Jolene” to put her songwriting skills into perspective) and has since hit No. 1 in three consecutive decades. Once in LA, Dolly crossed over to pop music with the hit song “Here You Come Again”, setting a template that many female country stars would follow for years to come.

Dolly’s film debut came in the 1980 workplace comedy 9 to 5 also starring Jane Fonda and Lily Tomlin. The trio are working women fed up with constant misogyny who conspire to kidnap their boss. The lyrics of her song by the same name are equal parts frustration, hope, and empowerment and have been inspiring women ever since. It was notably used in Senator Elizabeth Warren’s presidential campaign. Dolly may have a complicated relationship with the word Feminist, and making her bones in the conservative country music industry of the southeast, its understandable. She recently gave an interview rejecting the term. But though she may not call herself a feminist, she has been inspiring them for decades, inviting generations of women to pour ourselves a cup of ambition and get to work.

Dolly has long been an ally for the LGBTQ+ community. She’s advocated for marriage equality and intentionally made her Tennessee theme park a safe space for same-sex couples. Her statements about the sin of passing judgement points out the hypocrisy in religious arguments designed to restrict the rights of others. Dolly has a large following in the LGBTQ+ community, and her iconic look has been the subject of many drag shows. She recently confirmed the long-standing rumor that she lost a Dolly Parton look-alike contest in West Hollywood.

In 1991, she released the song “Family” about accepting loved ones as they are and including the lyric “some are gay.” While problematic in 2020, in 1991, these were very progressive words, especially in a genre with deep conservative roots. Her matter-of-fact support helped to normalize a community often maligned and misunderstood by many country music fans. 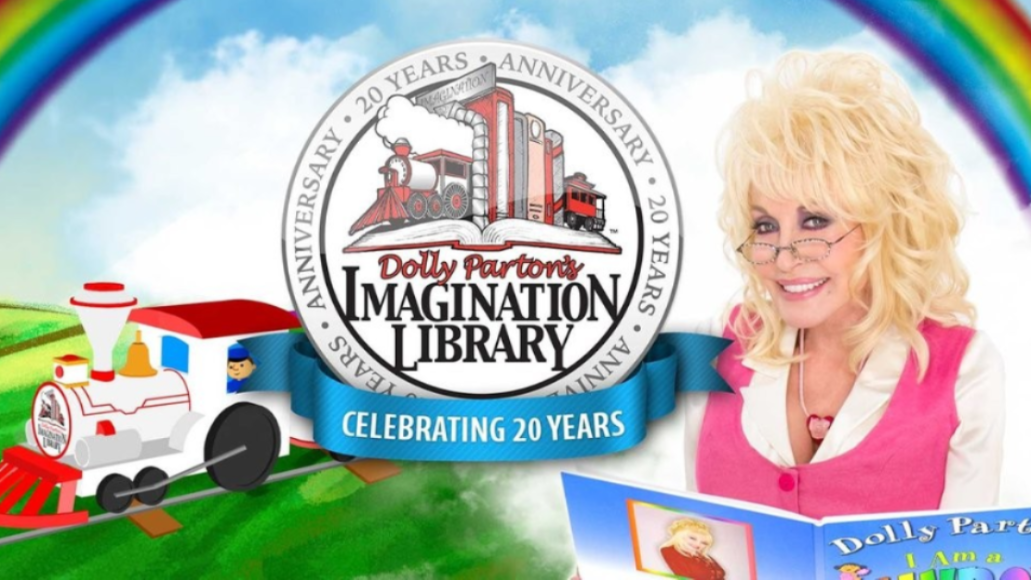 Coming from humble beginnings, Dolly has never taken her wealth for granted and makes it a point to give back to her community. In fact, there’s a life-sized statue of Dolly on the courthouse lawn of her hometown, Sevierville,TN. Taking over the troubled Rebel Railroad (also named Goldrush Junction and Silver Dollar City) theme park in 1986, she turned the kitschy attraction into Dollywood. Originally a modest theme park, this attraction has expanded to include a massive hotel and waterpark that have transformed the economy of Pigeon Forge, TN, and neighboring Sevierville as well as many surrounding Smoky Mountain communities. Many fledgling musicians have gotten their start in its musical reviews and productions.

In 1995, she launched Dolly’s Imagination Library, a program that mails a free book to children from birth to five years old — school-aged regardless of family income. Inspired by her father who never learned to read or write, this program began in Sevier County and has since expanded to serve children in the US, Canada, the UK, Australia, and the Republic of Ireland, delivering its 100 millionth book in 2018. This writer’s own children have read and loved them all. One of those books is Dolly’s own “I Am a Rainbow,” a children’s book that uses colors to help children identify and express emotions. 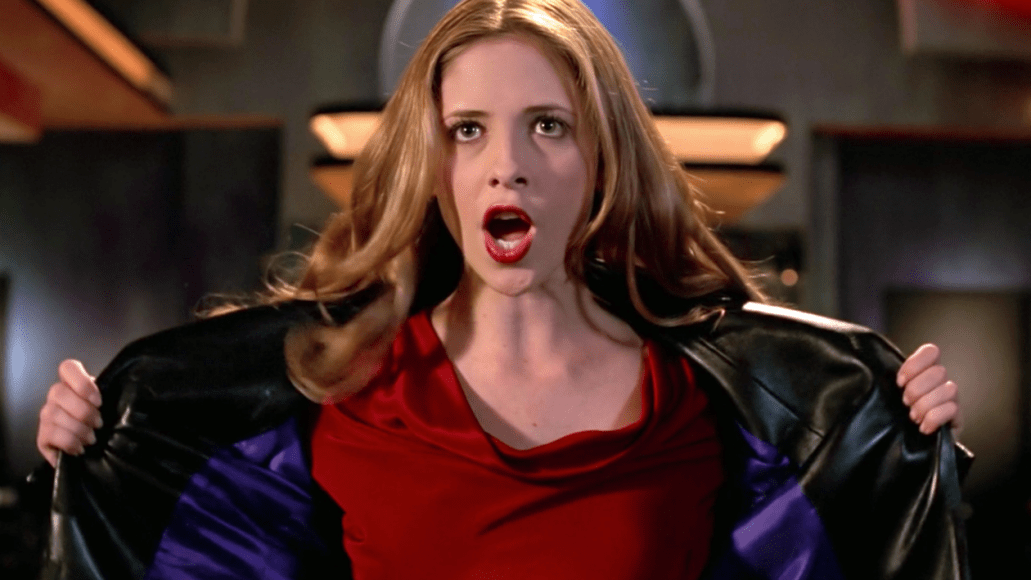 And if this all weren’t enough, Dolly quietly helped to produce the 1992 film Buffy the Vampire Slayer and the subsequent TV show of the same name. This story of a young woman who runs towards danger instead of away from it was groundbreaking in its feminism and inclusivity and has empowered an entire generation of viewers. In 1986, Dolly co-founded the production company Sandollar with Sandy Gallin. Though the original film (now a cult classic) was unsuccessful at the box office, President and CEO Gail Bearman pushed for the development of Joss Whedon’s series and co-produced the CW show along with its spin-off, Angel, with Whedon’s production company. A decade after 9 to 5, Dolly had a hand in inspiring a whole new generation of women to be brave. 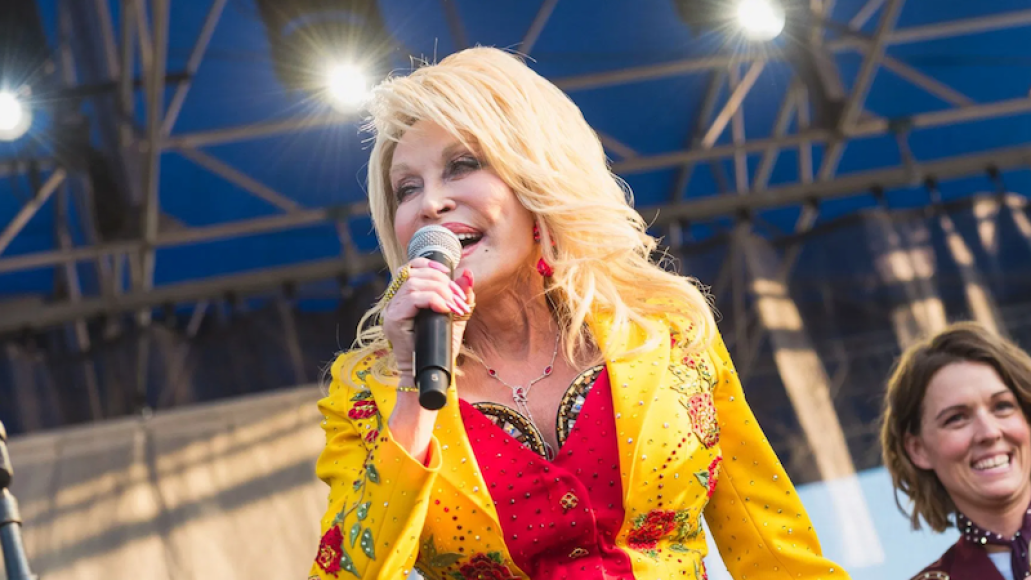 Dolly has been trending recently because of comments made on the Black Lives Matter movement. In an interview with Billboard, she said, “And of course Black lives matter. Do we think our little white asses are the only ones that matter? No!” This off-the-cuff advocacy is typical of Dolly who remains apolitical, but is not afraid to speak her mind to lift others up while demonstrating how easy course correction can be.

And her advocacy always comes across as genuine. She recently changed the name of Dollywood’s dinner theater show, The Dixie Stampede, to just The Stampede. While it could be argued that this should have happened earlier, her statement explains why she made the change: “As soon as you realize that [something] is a problem, you should fix it. Don’t be a dumbass. That’s where my heart is. I would never dream of hurting anybody on purpose.” This comes across as endearing and common sense rather than performative. Contrast it with Dan Snyder’s stubbornness in changing the offensive name of his Washington NFL team and the debacle Lady Antebellum found themselves in with their name change, Dolly shines as an example of how to acknowledge mistakes and work to correct them.

Can Dolly Parton really heal a fractured nation? Professor Lynn Sacco teaches a class at the University of Tennessee that examines the way she has risen out of poverty to icon status and transforming her own image and that of her community. Jad Abumrad’s 2019 podcast of the same name explores her extraordinary life and unifying positivity. Dolly Parton is unafraid to be herself and to accept people for who they are. And save the world or not, we could definitely use more people like her in the world.