The Pitch: On the surface, Lucky is a quirky slasher with an intriguing premise. May (Brea Grant) is attacked night after night by a masked man and no one in her life seems willing or able to help. The elevator pitch for this film must have been relatively simple: “What if you were being attacked and no one cared.” Yet hidden in this premise is a depressing truth and an unflinching look at the experience of dealing with trauma as a woman in America.

Grant, who also wrote the script, goes all in on the metaphor, following it long past its logical fallacies to deliver a message that has been coded and hidden for far too long. Lucky may be heavy-handed, but by breaking the boundaries of believability, director Natasha Kermani delivers an astonishingly clear representation of minimization, gaslighting, and mental illness.

“I’ll Come Back When You’ve Calmed Down”: On the night of the first attack, May is understandably terrified, but her husband, Ted (Dhruv Uday Singh), responds with a sleepy, almost bored acknowledgement of the attacker and the toll it will take on May. What initially seems shocking, becomes depressingly familiar. May does all the “right” things. She reports the attack. She answers the intrusive questions. She tries to move on, but the torment continues.

And every time she reaches out for help, she’s patronized, shamed, or dismissed. When May asks Ted to help her understand, he abandons her because he “can’t talk to her when she’s like this.” It’s a heartbreaking and confusing scene many women have likely experienced when they don’t know how to explain their feelings to a frustrated partner. Ted’s selfish response shows the burden put on survivors not only to recover but to keep their recovery from inconveniencing those around them. 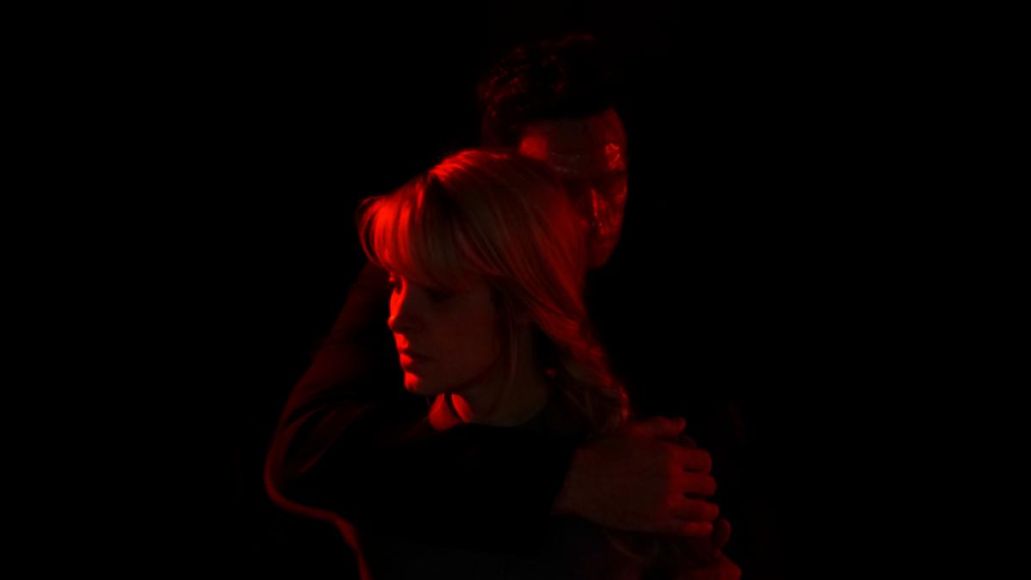 “Oh, I’m Sure He’s Already Gone”: It’s an ambitious thought experiment and Kermani and Grant are doing a lot of things at once. May’s dealings with the outside world show the minimization and dismissal that often accompany reporting assault and the Attacker represents the dangerous misogyny women face every day. But The Attacker also represents the lasting effects of trauma. He breaks in every night. Every day. He follows May and separates her from her friends and family. As the film progresses, she begins to anticipate him. She prepares and plans in the way those with PTSD may develop coping strategies in therapy. A cleverly used horror trope — the disappearing killer — illustrates the frustration in trying to navigate these shifting triggers and how hard they are to explain to others.

We’re led to believe an incident only alluded to in the film is the cause of this trauma, but we never find out what that is. Jingling keys and a rearview mirror serve as triggers, and jarring cuts show the experience of being pulled back into the traumatic memory without warning. May is not forced to relive her trauma for us, a refreshing change from many rape-revenge films that feign empowerment but lean into exploitation. It’s okay that we never find out the source of May’s trauma. It should be enough for her to say she’s suffering without having to prove it with a tragic story.

“I Don’t Feel Like You’re Listening to Me”: Especially upsetting is the constant minimization and dismissal May experiences every time she reaches out for help. No one seems to care much about finding her attacker and the people who are supposed to help provide little more than surface level platitudes. When she does report, she finds only frustration and blame. Instead of listening to what she’s actually saying, officers, detectives, social workers, even her own family constantly redirect the conversation and shift the focus back to her, subtly implying that no matter what happened, she is somehow responsible. This minimization is often funny in the context of the story, but it’s an insidious form of gaslighting.

At one point, May is overwhelmed by intrusive and thoughtless questioning from well-meaning people that eventually turns into song, losing all meaning. It’s an on the nose depiction of what most understand as “support” that is at best ineffective and, at worst, re-traumatizing. Lucky reveals the futility in this performative empathy. We may say the right things and use the right hashtags, but what are we really doing to help victims and survivors in a way that matters? The over-the-top premise shows the absurdity in empty gestures that make the “rescuer” feel better, but place a heavier burden on the victim.

“I Helped You Because I Know You”: Kermani and Grant boldly confront our tendency to only help others when it’s convenient, and how much responsibility is placed on survivors to support each other. Particularly moving is a scene in which many women flee from their own personal tormentors and must decide when to help each other and when to run. It’s understandable for survivors to want to distance themselves from the kind of trauma they’ve experienced. It’s self-protection, and it’s often necessary. Sometimes just getting through the day is hard enough. The real problem is that this kind of trauma is pervasive and there’s so much need for effective allyship. When those with the strength to defend you choose not to, there’s no one left but fellow survivors who are also fighting for their own lives.

The Dark and the Wicked Is 2020: Fantasia Fest Review

“This Is Just How Things Are”: Over and over, May is told how lucky she is. We use this platitude every day to reframe our lots in life, but Lucky shows the minimization lurking inside the innocent phrase. By telling survivors they are lucky they weren’t killed, we’re dismissing the fact that a crime was committed against them. Yes, it’s good that May is still alive, but being attacked in her home hardly qualifies as lucky. It’s a way of shifting the focus away from the attack and removing the need to right the wrong. It’s the first step in accepting that there will likely be no justice. This is a hard truth, and I always hesitate to write it, but it deserves to be said. Recovering from this type of trauma so often means accepting that you are powerless to get justice and that those who have that power often choose not to use it. Lucky may strain the boundaries of suspension of disbelief, but if it takes a blunt metaphor for society to finally understand that women are not just being hysterical, so be it.

Verdict: Lucky is not perfect, but metaphors rarely are. There are jarring narrative jumps that never resolve and a superficiality and dry humor that keep the intensity fairly low. But the message is a blunt one. And given the heavy topic, this levity works in the film’s favor. Many viewers will find the premise too absurd, but I imagine others will find comfort in finally seeing their fears and feelings taken seriously. They will find a kindred spirit in a woman who feels like she’s losing her mind when it’s the world that’s really lost. The story may not be true, but the feelings are real and it’s a relief to see them spoken out loud.