The Pitch: Amy is dying. Tomorrow. She doesn’t know how, but she knows it’s true. The premise of writer/director Amy Seimetz’s new drama/thriller is deceptively simple. How would you spend your last night on earth? Meandering through the lives and memories of Amy (Kate Lyn Shell), her friend Jane (Jane Adams), and those who cross their paths, She Dies Tomorrow explores the vast array of responses to the fact of mortality. And like a moody girl at a party, Amy’s certainty that she is going to die is contagious in a way that gets under the skin. Through a scattered narrative, Seimetz allows her characters to naturally unfold, refusing to make a moral judgement and eerily tapping into this moment in time.

It’s hard not to watch this film without thinking of the current pandemic. Many of us are quarantined and isolated right now with a deadly virus raging and the knowledge that something as innocent as a trip to the store could lead to death. The element of exposure is key here as Amy’s fear spreads from one person to the next along a chain of depression and catharsis. Each character has a moment, beautifully punctuated by siren-like flashes of light in which they fully realize the certainty that they will die. Many of us have likely had moments like these in recent months where we realize that this virus is no longer a vague threat, but something that could forever change our lives. Be it a positive Covid test, the loss of a job, knowledge of exposure, or the loss of a loved one we are living with the fear of death every day. 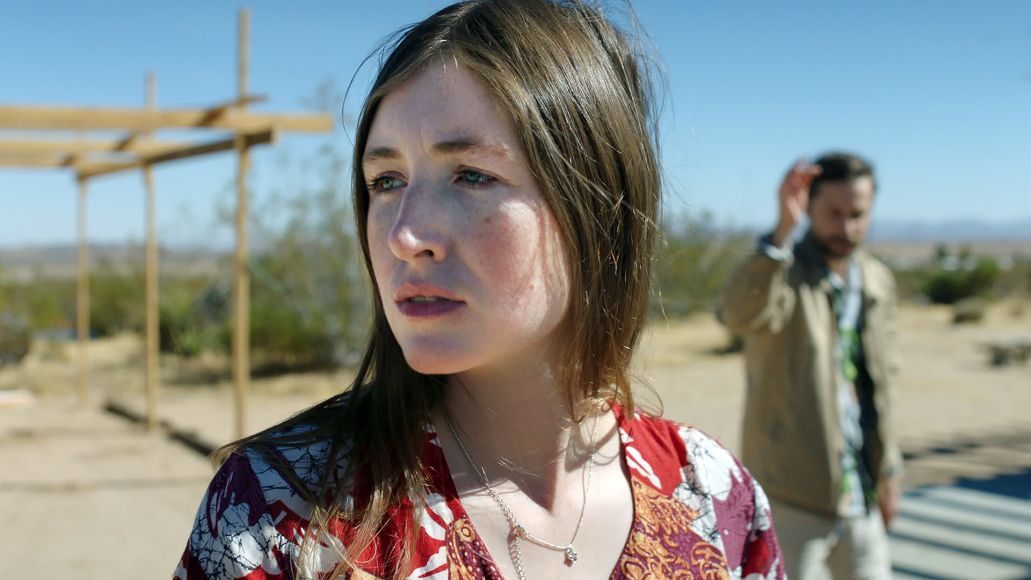 Live Free and Die Tomorrow: Amy accepts her fate with resigned apathy, spending her final night in reckless abandon. What originally seems like a wine-filled breakup recovery turns darker as she begins googling urns and fantasizing about being posthumously made into a leather jacket. We learn that she has fallen off the wagon, and her languid sadness escalates to carelessness and destructive behavior. It’s an honest and unflinching depiction of how many of us (especially those struggling with sobriety) would respond to the knowledge of our impending death. We would use. We would do all the things we hold ourselves away from every day for fear of destroying our lives with our addictions. But if that life is now over, what’s the point? And we are fighting those same temptations in quarantine. When the world seems to be ending, it’s easier to abandon the boundaries we set for ourselves in search of a little comfort.

Releasing the Ties that Bind: An uncomfortable birthday dinner party is the setting for some of the most cringeworthy conversation of the film. Amy’s sister-in-law, Susan (Katie Aselton), is clear about two things: she hates Jane and she wants to fuck like a dolphin. While Susan is infuriatingly callous, she represents the other side of this malaise. It is emotionally draining. While she is selfish and myopic, the truth is it can be incredibly hard to care for someone suffering from depression. Sometimes we just want to talk about dolphins fucking. Especially if it’s our birthday. 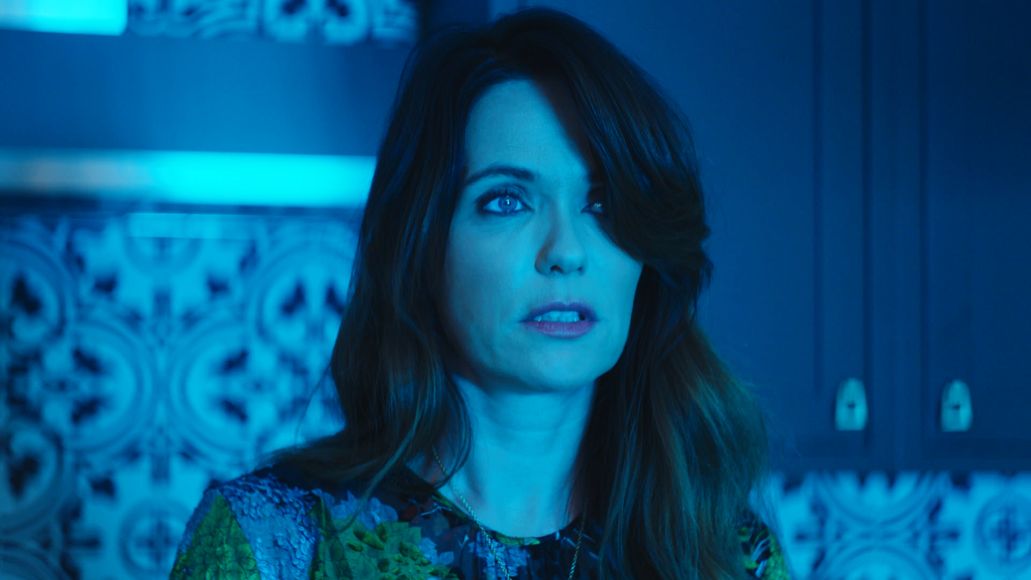 As the fear spreads to other party guests, they begin to sever ties that no longer serve them, such as relationships that should have ended months ago and strained familial relationships. Through her characters, Seimetz asks viewers to question their own lives and choices. What are we holding onto and does it still serve us? What would it take to give us permission to let it go? While some have responded to the pandemic by recklessly throwing off healthy boundaries, others will finally free themselves from toxic patterns.

Facing the Unknown: While the meandering narrative is intoxicating, and the movie itself is beautiful, the lack of story arc is ultimately the film’s biggest weakness. Seamlessly weaving through flashback and reality, Seimetz captures the hypnotizing numbness of anxiety and depression, but arguably takes it too far. Characters that pop up out of nowhere with no discernible connection to the story go from dreamy disbelief to jarring IMDb searches, taking viewers out of the film at a time when it should be making its stand. There are ultimately too many questions left unanswered, and while that’s arguably the point, it’s ultimately unsatisfying and frustrating. 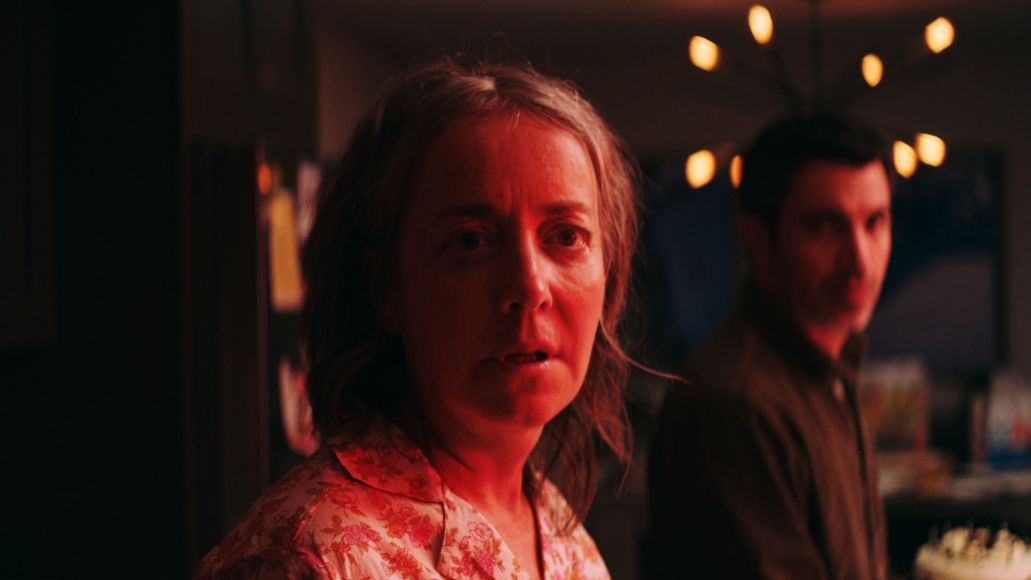 Laughter is the Strangest Medicine: The film’s biggest strength is its black humor and quirky performances. Jane Adams, in particular, is quietly hilarious as she runs out of the house in her pajamas (because they’re floral) and tries to make a move on her handsome doctor. Kate Lyn Shell lulls with deliberate, tactile gestures, bordering on ASMR territory, then throws out a line about the life cycle of floors. Extremely dry humor adds a touch of warmth to these dire situations — and the absurdist quality keeps us all from sinking too deeply into the upsetting premise.

Okay Not Okay: Amy bookends the film saying the words, “I’m not ok.” In the age of Covid-19, there’s immense pressure to put on a brave face. We know our lives are hard, but someone else probably has it worse, and because these conditions are relentless, it’s easy to embrace that forced optimism and ignore the pain. But things are not okay right now — and it’s okay to say that. In fact, we have to. Seimetz is giving us permission to admit that we’re not okay and to spend our time listening to our instincts. It’s okay to talk about dolphin fucking. To put on a sparkly dress and blow leaves at midnight. To play the same Mozart piece over and over again. We’re not okay and that’s understandable.

Amy Seimetz on Pet Sematary, Childhood Superstitions, and What Stephen King Story She Would Adapt

The Verdict: It’s tough to recommend She Dies Tomorrow given the high levels of stress and anxiety so many of us are currently experiencing. Seimetz uncannily mirrors the pervasive unease of 2020 in a way that hits a little too close to home. Full disclosure: watching triggered a near existential crisis and multi-day bad mood for this writer. But if you’re the type who likes to be pushed into a good cry to relieve the tension of untenable but unending circumstances, She Dies Tomorrow fits the bill. Just be careful who you share it with.

She Dies Tomorrow Is a Pandemic Mood: Review