Pitch: For months, Christopher Nolan’s Tenet has been promoted more as a canary in a coal mine than an actual film. With every shifted release date, the reality of the dangers surrounding COVID-19 only increased, all while the film flirted with those same hazards. Nolan had hoped his blockbuster would bring back theaters, but that dream still feels fanciful — even as the blockbuster nears its questionable release. Given his insistence for the theater experience, Nolan’s reputation has likely taken a hit, but his rank as a cinematic puzzlemaker remains intact. Mirroring the film’s perplexing route to release, Tenet is a murky globetrotting spy thriller, elevated by cinema-changing set pieces, and yet lowered by a classic case of visual ambition thwarting basic storytelling.

The Past: To describe Tenet’s plot with any ease is near-impossible; not because the story’s interlocking arcs are too brainy, but because the convolutions exist as square pegs for round holes. To put the narrative simply, a secret agency recruits an American spy codenamed The Protagonist (John David Washington) to foil a doomsday plot enacted by the Russian Oligarch Andrei Sator (Kenneth Branagh, in a menacing turn)—whose power stems not just from his immense wealth, but from shadowy figures residing in the future.

For assistance, The Protagonist teams with another spy — Neil (Robert Pattinson) — who more or less serves as the Ariadne to his Cobb a la Inception. As such, Neil explains the rules of engagement; from how time operates (”What’s happened has happened”) to the paradoxes inherent in certain actions. The two make an engaging team: Neil plays the relaxed debonair locksmith; The Protagonist is the earnest new blood.

Pattinson translates his streak of immersive and spontaneous indie performances to the action realm seamlessly, while Washington—who broke out in Spike Lee’s BlacKkKlansman—has more to chew on than the caricature he played in that film. With sharp one-liners at his disposal, Washington exudes a steely confidence in Tenet that’s fit for James Bond, though he lacks the flashy charisma to carry some of the more flirtatious scenes. 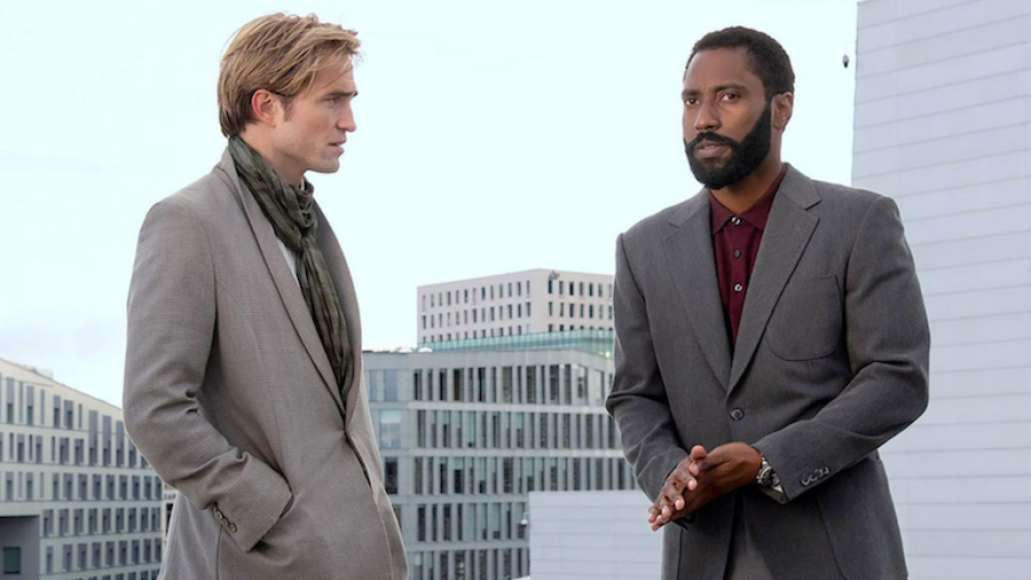 The Present: Other than the displacement of time, “wealth” stands as a prevalent theme in Tenet. As with Inception, which saw a businessman cracking the mind of his rival, Neil and The Protagonist often go undercover as billionaires. Exploring the covert practices of the elite, they meet an array of figures: a British Intelligence officer (Michael Caine, a Nolan favorite); an Indian arms dealer (Dimple Kapadia); and Kat (Elizabeth Debicki)—the wife of Andrei—all of whom instantly know the pair aren’t wealthy.

As with his debut Following, of which Tenet follows familiar beats with respect to Debicki’s character, the pair take pleasure in breaking into the clandestine vaults of the rich. In one scene, which involves the destruction of a plane, Neil takes perverse pleasure in describing his plan for the caper to The Protagonist and fellow agent Mahir (Himesh Patel). Yet unlike Following, which plays upon an eat-the-rich theme, Nolan has little to say about greed beyond the pyrotechnics.

That thin commentary is emblematic of the script, which throws a spattering of large ideas against the wall and watches as the pieces drip down to the ground, only to congeal into a muddy mess. The world-building barely identifies as a sketch, and the character work—traditionally one of Nolan’s vices—accumulates to nothing. Instead, The Protagonist and Neil operate as slightly nuanced chess pieces. In fact, the only figure with any depth is Kat, though her growth admittedly stems from being a damsel in distress. And while Debicki and Branagh share the film’s most dramatic scenes, her character is made all the more frustrating in the way Nolan pitches Kat as a frightened mother driven to protecting her son strictly by maternal instincts. 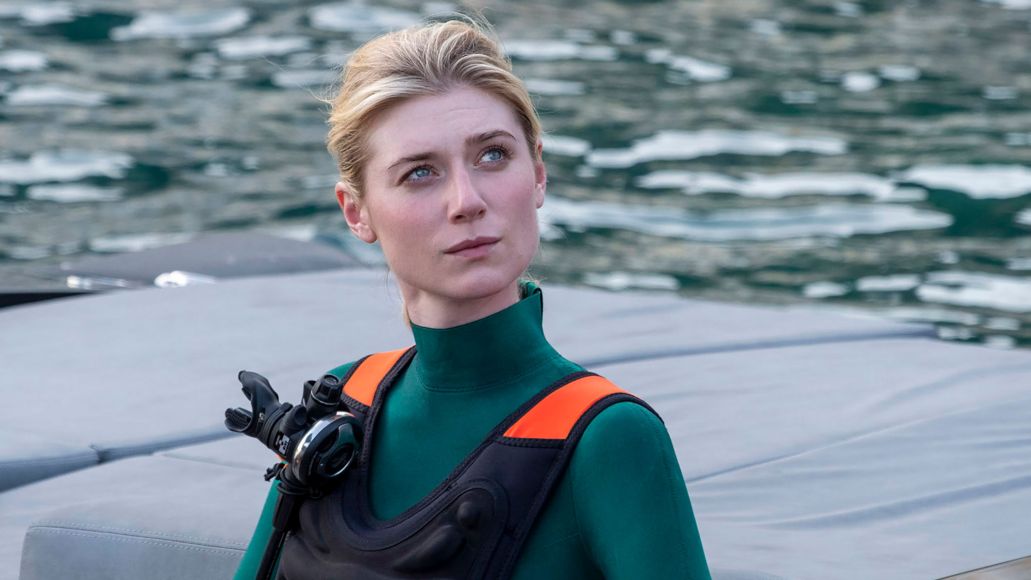 The Future: Apart from the character failings, Tenet absolutely delivers on action. The opening set piece sees The Protagonist raid a European opera house with a gaggle of paramilitary troops. The scene, which involves a bevy of people and rapid tracking shots, speaks to Nolan’s admirable propensity for large practical sequences. Similarly, a later pursuit on a freeway redefines the chase sequence with the best mixture of stunt driving and effects this writer has ever seen. The combination of Hoyte van Hoytema’s crisp photography and Jennifer Lame’s evocative editing unspools the action as tightly as it winds, making every high-speed chase look drab in comparison.

The final act is a full-on ground invasion by troops that’s composed of looped explosions, reverse-sprinting soldiers, and buildings toppling yet reanimating at once—recalling the immersive spectacles of Edge of Tomorrow. Much like that spiraling sci-fi adventure, the intersecting timelines of Tenet redouble to illuminate some surprises, only the secrets revealed are bewildering. And considering the slow journey to unearth them — the movie certainly sags in pacing — the end is something of a disappointment. Resonating words like inescapable, loyalty, faith, and truth fuel this big movie, but the minimal depth beyond the flat puzzle pieces never allows for these classic Nolan themes to gestate.

Inception Is Why We’ll Wait for Christopher Nolan’s Tenet

Verdict: With regards to character work, Tenet is Nolan’s weakest effort to date. None of the pieces fit, even despite the filmmaker forcing them all together. A gutsy venture, Nolan does provide the best action sequences of his career, and these astounding feats nearly abate the glaring holes. Sprawling and ambitious, flawed yet admirable, failure and success concurrently reside in every minute of Tenet. A technical feat but a narrative dud.

Where’s It Playing? Tenet hits theaters on September 3rd. In the spirit of transparency, I wanted to make a few facts clear. My press screening of Tenet took place at the Music Box Theater, where the attendance was regulated to a tiny fraction of the cinema’s capacity. Your viewing experience will most likely not mirror mine. Meaning, there will be greater risk involved. If you visit a theater, please follow the safety precautions outlined by CDC and health authorities. Stay healthy. Stay safe.

Christopher Nolan's Tenet Is a Technical Marvel but a Narrative Dud: Review