The Flying V guitar is one of the most iconic instruments in heavy metal history. It’s silhouette alone is enough to warm the blood of headbangers. The guitar will be the subject of a new documentary, Flying V, out on DVD on September 11th.

The 67-minute film was directed by Peter Hansen and features interviews with most of the major metal acts that popularized the Flying V over the years, including members of Metallica, Judas Priest, Slayer, Megadeth, and many more.

As the cast of the documentary indicates, the guitar, introduced by Gibson in 1958, became a staple of ’80s thrash metal. Slayer’s Kerry King was never without one; it remains the choice axe of Megadeth’s Dave Mustaine; and Metallica’s James Hetfield is appropriately front-and-center on the movie poster, having wielded the Flying V since the band’s early days. All were interviewed for the film.

Before becoming a staple of heavy metal, the Flying V was a strange oddity in the guitar world. It’s angles hint at the surf-era aesthetics prevalent at the time it was conceived, it’s shape evoking the triangular designs on an old ’50s Corvette.

Over its early years, rock and roll musicians like Dave Davies and Marc Bolan of T. Rex would proudly play the guitar. Often outfitted with dual humbucker pickups, the V could get a gnarly tone, and Davies and Bolan were among the first to hit big, chunky chords — a hint at musical directions to come.

The extreme nature of the guitar and its shape might deter purists, but its that very extremity that attracted bands like Judas Priest — for which visuals, like a cool looking guitar, were part of the stage show. In turn, the thrashers adopted the Flying V, where it retains its status as the metal guitar.

Watch Exclusive Clips of Metallica, Megadeth, and More from the Thrash Metal Film Murder in the Front Row

Isolating metalheads planning a movie night can make it a double feature with the recent thrash metal documentary Murder in the Front Row. It features interviews with many of the same acts — and plenty of appearances from the illustrious Flying V.

See the trailer and poster for the documentary below, and pre-order the DVD via MVD Entertainment. If you’re feeling truly inspired, you can purchase a Gibson Flying V guitar here. 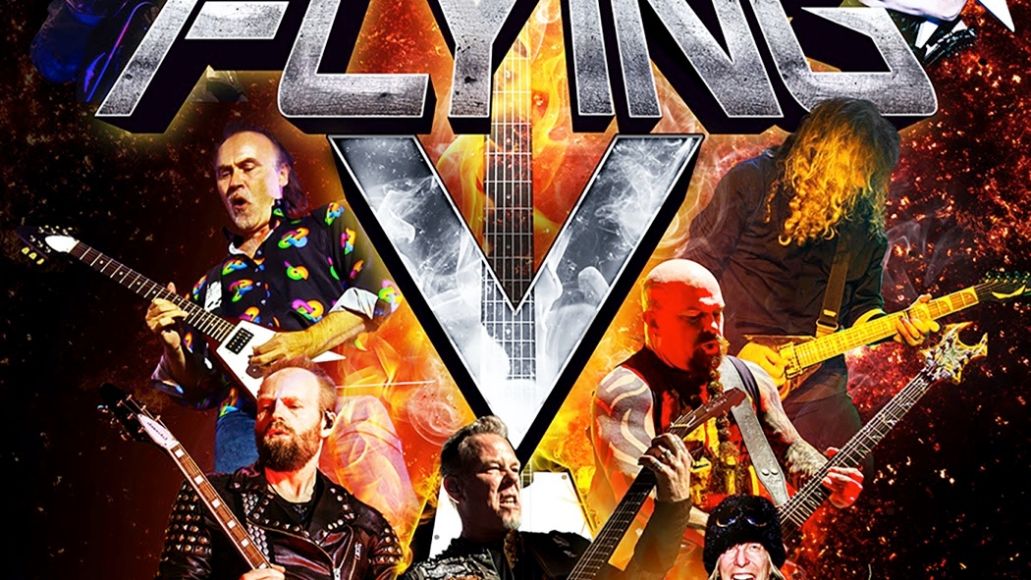