In our Track by Track feature, artists guide listeners through each song on their latest album. Today, Jacob Collier brings us into the world of Djesse Vol. 3.

Jacob Collier has today released his latest album, Djesse Vol. 3. The eclectic collection is available to stream below via Apple Music and Spotify.

The English wunderkid is most often referred to as a jazz musician, but that barely does justice to the 26-year-old Grammy-winner’s sound and skills. He describes the new record as “negative acoustic space,” a multi-genre amalgamation that is built on reharmonization and daring pop, funk, and hip-hop arrangements. Words might never do as well to explain Collier’s freaky talent as watching him do things like his recent NPR Tiny Desk Concert; he sat alongside four versions of himself in his home studio, each iteration playing a different instrument, harmonizing, and interacting with each other in seamlessly edited dialogue. I mean if he can do that on camera, imagine what he does on record!

Yet even with all his personal skills, he welcomed in a number of collaborators for Djesse Vol. 3, the third entry in a planned quadrilogy. Kimbra and Tank & The Bangas appear on “In My Bones”, which Collier shared the Origins of back in March. Ty Dolla $ign and Mahalia joined in on the single “All I Need”, while other guests include Jessie Reyez, T-Pain, Daniel Caesar, Rapsody, Tori Kelly, and Kiana Ledé.

Jacob Collier on How to Stay Creative During Self-Quarantine

Take a listen to Djesse Vol. 3, followed by Collier’s complete Track by Track breakdown of the incredible effort.

“Clarity”:
This is the sonic universe from which all these songs are born! I spent many months creating all sorts of bizarre sounds here in my room in North London, and I left this song until the very last minute to create, because I knew it needed to be the culmination of whatever sonic landscape I’d reached by the end. In the end, I created this song from the scrapyard in about 3 hours. There are a few secrets of songs and tracks to come, as well as subtle musical references to tracks in previous Jacob albums!

“Count the People” (feat. Jesse Reyez & T-Pain):
An incandescent blast-off!!! I wanted the album to really hit the ground running with this one. This is my speed-rap debut… I’ve always wanted to give it a try. Musically, it’s a combination of a few different musical universes – from Coldplay to Eminem to Skrillex. Jessie Reyez and I composed the hook at the start which became the Jekyll to the Hyde of my rapped verses. The words came out of my brain in the midst of the intense political unrest and power of the last few months – it’s a culmination of dialogue created from the varying voices that I’ve had in my head across the last few weeks surrounding that. T-Pain adds the singalong anthemic vibe!

“In My Bones” (feat. Kimbra & Tank and The Bangas):
Having been deeply inspired by Prince for my whole life, I knew there needed to be a track on this album that embraced some real funky echelons. I began writing this song back in 2018, but it was only when I got in a room with Kimbra that it really took on its wings. I enlisted the mastermind bass genius MonoNeon for low-end duties, as well as Tank of Tank and the Bangas to spit some fire towards the end. I can’t wait to play this one live!!

“Time Alone with You” (feat. Daniel Caesar):
Daniel Caesar and I wrote this song the day after Daniel’s show at the Brixton Academy in London. I’d established the groove and written the verse beforehand – and once he stepped into the room the whole thing kind of sprang to life in the most wonderful way.

“All I Need” (feat. Mahalia & Ty Dolla $ign)
This song is one of my favourites – it took about 6 months in total to complete! I must have tried about 12 different choruses before settling on the one I eventually kept. I knew I needed a collaborative female voice that was both ultra-tasty and completely non-pretentious, that had a youth and buoyancy to it. When Mahalia agreed, I was beside myself! Having known Ty Dolla $ign for a few years, I called him up and asked if he wanted to lay down something for this one on the top. The final chorus modulates to a key that does not exist! I’ve always wanted to try that in a pop song.

“In Too Deep” (feat. Kiana Ledé):
This song is a calm still-point on the album – a dialogue between two characters on opposite sides of a story, but in a similar place emotionally. This is one of the most transparent songs on the album, both lyrically and productionally – there is lots of clarity and space throughout! The tantric cycling lyrics coming around and around: “Counting sheep/ I’m in too deep/ You’re mine to keep/ You’re fast asleep” at the end is one of my most favourite moments on the album. Kiana Ledé’s voice is just sublime; when she agreed to sing this one with me I was absolutely over the moon. I engineered her laptop using remote desktop software, and was able to drive our session as a producer in real-time from 8,000 kilometres away!! 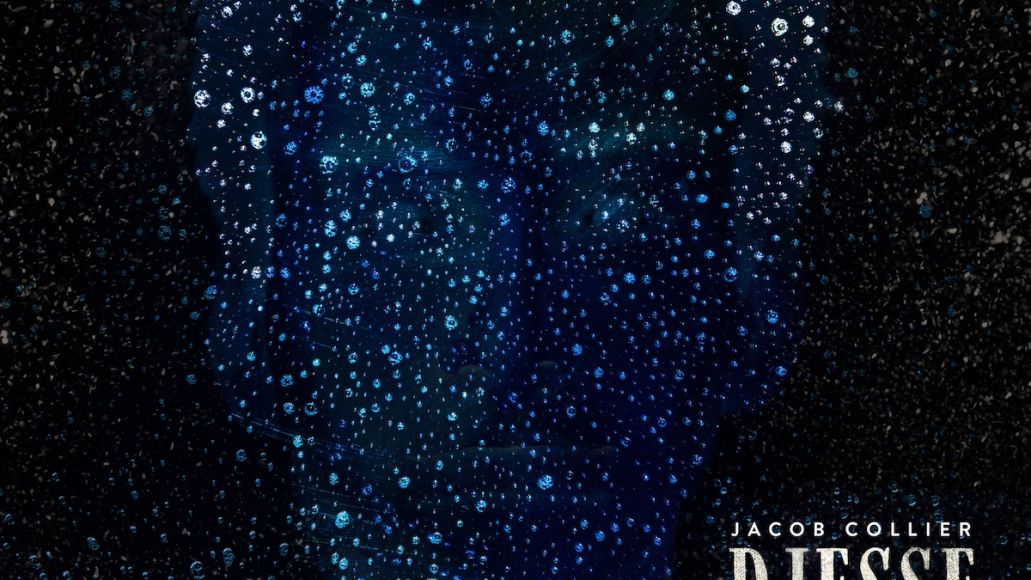 “Butterflies”:
Another of the more ancient musical seeds of mine – I’ve been seeding this one for about ten years! I’ve always been fascinated with the wall-of-sound approach to vocal production, especially when processed using the sidechain-compression approach, so I wanted to give it a shot to see what happened. I had made a strange groove separately to the vocal pad groove, created using samples of ripping fabric and detuned bells, which I ended up hybridding with the wall-of-sound vocal thing – that’s the groove you hear at the end of the track. It’s a multicoloured dream interlude.

“Sleeping on My Dreams”:
I always wanted to write a song like this one! It all started with what I call the 8x ‘anvil’ sound at the beginning, which led me into a sort of blip-oriented rhythm pocket, which inspired the verse – it ended up being quite conversational, which provided an odd juxtaposition to the danceable chorus. It’s a declaration (and celebration) of independence – from a person, a thought, an idea, or a dream, all of which can be burdensome from time to time. This is another one I can’t wait to perform live!

“Running Outta Love” (feat. Tori Kelly):
The first collaboration on the entire quadruple ‘Djesse’ album, Tori and I started recording this one at the beginning of 2017! Having lost my passport in a snowstorm in the middle of a tour, I ended up stranded in Los Angeles, crashing in a friend’s basement – It was there that Tori and I began recording this song, having met serendipitously the day before in a corridor at the Grammys. It’s one of my favourites – a groovy still-point on the album, a rock in amongst the chaos.

“Light It Up on Me”:
This is the purest state of chaos on the album – a very quick thought, it was created in a mere few hours! In the creating and conceiving of this album, there were hundreds of short sound experiments (mostly made in the middle of the night) — this song is a stitching together of three of these. It’s almost purely an unconscious expression – I feel like I’ll figure out what it means in a few years time 🙂

“He Won’t Hold You” (feat. Rapsody):
My personal favourite on the album. Whereas a lot of my music comes from a place of happiness and joy, this one came from a deep place of loneliness – it is about coming to peace with it. It is a balm to me, a rescue, a rocking chair, a storm of gentleness. I knew I wanted Rapsody to be a part of it right from the start — she became the song’s muse with her beautiful poem.

“To Sleep”:
I composed, recorded and mixed this song in its entirety in a single night, between about 2 and 6 am. It’s a bit like an ocean – it’s repetitive, washing over you. I wrote it completely and purely for myself – a longing for sleep, for rest, and for relief. I’ve got one of those minds that finds it difficult to stop whirring – this song definitely helped with that! I didn’t know if I’d ever use it for something, but in the end it felt like the most honest way to finish this record – a balancer to all the varying forces throughout. It’s a brief breather – before you’re plunged in Djesse Vol. 4!!! (Now I should probably go and make that.)