In the annals of the Star Wars history, nothing is more cringeworthy than the 1978 Star Wars Holiday Special. Sure, it introduced the idea of the expanded universe and gave us our first look at (an animated) Boba Fett, but the whole thing is now seen, however lovingly, as a glorious misstep in the early days of the franchise. Well, with the successful introduction of fresh fan-favorite characters in the sequel trilogy, LucasFilm apparently thinks it’s time to right that wrong, as they’ve announced a new LEGO Star Wars Holiday Special coming to Disney+.

The 45-minute streamable special is set to debut on November 17th, 42 years to the day since the original special premiered on CBS. While focused on newer heroes like Rey, Finn, and Poe Dameron, The LEGO Star Wars Holiday Special will “give a wink and a nod to the original,” executive producer Josh Rimes told USA Today. In fact, the story finds Rey and BB-8 trying to get Wookie’s home planet, Kashyyyk, to celebrate Life Day with Chewbacca and his family. (The kitschy ’70s special centered on Chewie making the journey himself.)

Before Rey and her droid companion can celebrate though, the plot finds them exploring an ancient Jedi Temple where they’re accidentally sent spiraling back in time. This sets them up to witness iconic moments from the Star Wars franchise as they meet characters like Yoda, Mace Windu, Obi-Wan Kenobi, and at least half of Darth Maul (see the image below). There’s also a “really hilarious” moment when Emperor Palpatine, Darth Vader, and Kylo Ren all get together for the first time.

The real core of the story, however, is Rey getting to interact with a younger, upstart Rebel version of Luke Skywalker. “It becomes a much different take on a teacher and apprentice with the more seasoned Rey and a younger Luke,” Rimes explained.

The Star Wars Holiday Special Should Never Be Forgotten

Ranking: Every Star Wars Movie and Series from Worst to Best

“It’s a celebration of the saga,” added Rimes. “A lot of characters will be interacting with different characters and perhaps even different versions of themselves at different ages.”

The LEGO Star Wars Holiday Special promises the return of some of the franchise’s actors to voice the blockier iterations of their characters, though specific details on whom that will be are still under wraps. While we await more details, you can get ready for the streaming event by signing up for Disney+ now. You can also get a discounted bundle with Hulu and ESPN+ by subscribing here. 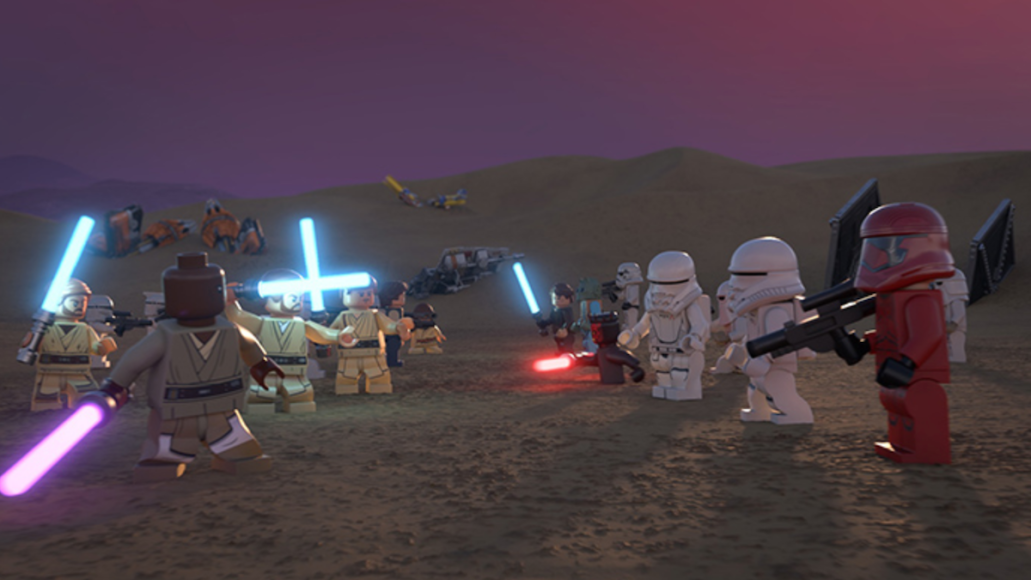