Nas has confirmed the impending release of his thirteenth studio album, King’s Disease. As previously promised, the LP was executive produced by Hit-Boy and is due out August 21st via Mass Appeal/Def Jam. As a first listen to the 13-track effort, Nas has shared the lead single, “Ultra Black”.

“We ultra black, grey stone, skin tone, but multi that/ multiple colors, we come in all shades, mostly back,” Nas raps over a balmy, bubbly beat. “Pitch black like a night/ I’m ultra Black/ Sanford and Son rerun jokes are Black/ Oh, yes, oh yes.” There’s a lot to love in this track, and you can hear why Nas was so excited to work with Hit-Boy.

The Queens MC said as much earlier this week in a cryptic teaser trailer for the album and single. “I’ve been trying to do this with this man for years,” Nas said next to Hit-Boy in the studio. Based on “Ultra Black”, the two make quite a pair.

Of course, we already knew that, as this isn’t the first time they’ve collaborated. Hit-Boy produced “Royalty” off Nas’ compilation album from last year, The Lost Tapes 2. Since then, the producer’s currency has only risen, particularly after he joined Jay Electronica for the excellent A Written Testimony and released his latest joint project with Dom Kennedy, Also Known as Courtesy of Half-a-Mil.

Album Review: Nas Drops the Baton Instead of the Mic on NASIR

The Grammys Got It… Right? (And 13 Other Takeaways)

Nas has been having a pretty strong year himself. He was recently named by Eminem as one of the greatest rappers of all time, tagged along with Public Enemy for a performance of “Fight the Power” at the BET Awards, and remixed “Rodeo” with Lil Nas X.

Take a listen to “Ultra Black” below, followed by the album’s artwork and full tracklist. 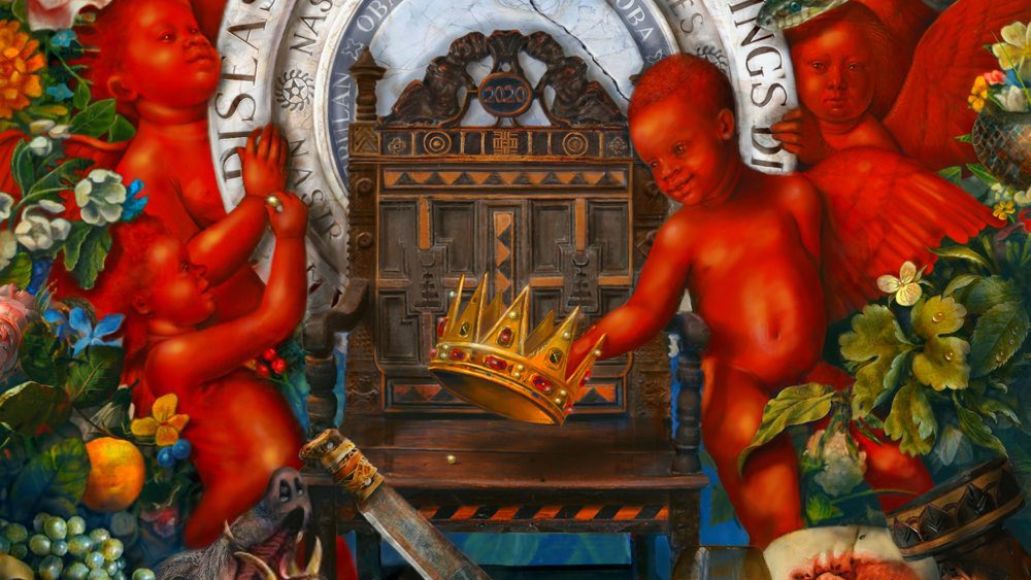