The Pitch: In New Orleans, there’s a new drug hitting the streets — Power. Take it, and for five minutes you activate whatever latent superpower you may have. You might get super strength. You might turn invisible. You might just blow up within seconds of swallowing it. No one knows who’s really pushing it, but it blazes through the economically depressed areas of NOLA like a wildfire. In the middle of the chaos, three people’s lives intersect: Art (Jamie Foxx), a former soldier looking for his missing daughter, who may hold the key to Power’s, well, power; Frank (Joseph Gordon-Levitt), a stalwart cop looking to “protect his city”; and Robin (Dominique Fishback), a young girl pushed into dealing Power to make ends meet. Individually, they hold a vital piece of the puzzle to Power’s origins. Together, they might just be able to stop it for good.

Hard Targets: Netflix has been ramping up its presence in the action-film milieu all lockdown, from the grungy, lo-fi Lockdown to the mournful rhythms of The Old Guard. Project Power hearkens, in ways both good and bad, to previous Netflix actioner Bright, with its David Ayer-esque blending of street culture and sci-fi/fantasy genre trappings. At times, cinematographer Michael Simmonds even affects the smoky, handheld aesthetics of an Ayer joint; there are sequences in here that wouldn’t feel out of place in Suicide Squad, but for their relative clarity and entertainment value. Luckily, screenwriter Mattson Tomlin (soon to co-write Matt Reeves’ The Batman) doesn’t quite step in it with his characters the same way Max “Fairy Lives Don’t Matter Today” Landis did; at worst, his leads are charmingly corny, rather than cringe-inducing.

The Power of Three: Much of that is thanks to the three leads, who all bring the necessary energy and muscle to comparatively stock roles, and elevate them as a result. Art’s ability may be so dangerous that he dares not reveal it until a crucial moment near the end, but Foxx’s real superpower is the pure charisma that oozes from his pores in every single scene. He’s charming, intense, and grimly funny, which spices up the “vigilante father on a mission” road he’s forced to tread. JGL, for his part, acquits himself nicely, dusting off his Inception action chops (not to mention a dash of Premium Rush in one bike chase) and slathering a thick layer of remoulade over his Southern-fried drawl. It’s certainly a finer comeback from his brief stint away from the camera than Amazon’s stilted, Islamophobic 7500, that’s for sure. 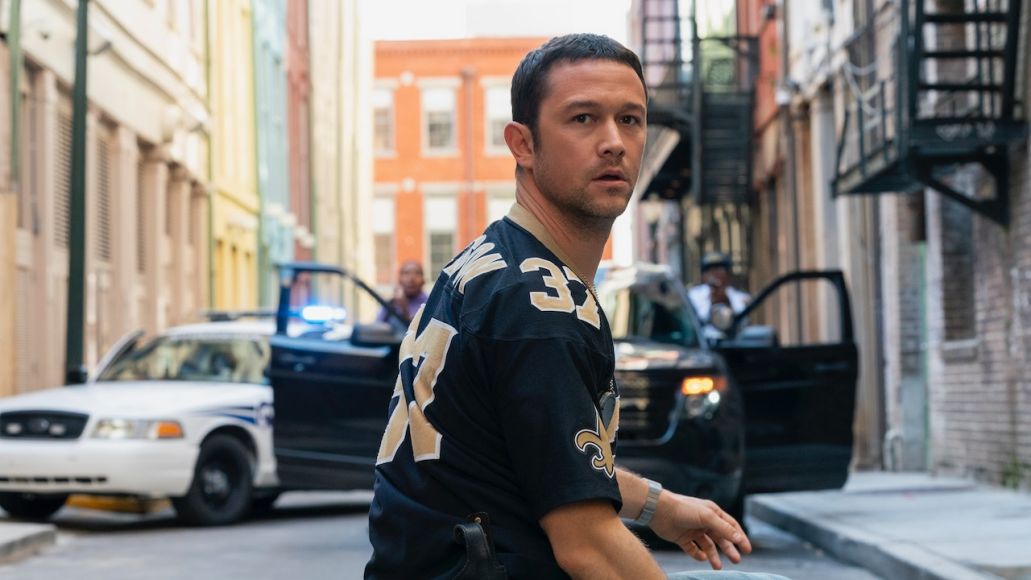 But the real star of the picture is Fishback, a tiny ball of exuberant charm and engaging humor who brings a much-needed pathos and levity to the proceedings. She’s a resourceful young girl doing what she needs to do to survive on the streets of New Orleans, and has brilliant chemistry with both Foxx and JGL. “You’re young, you’re Black, and you’re a woman,” Art tells Robin early in the film; “this system is designed to swallow you whole.” Her powers don’t need a pill to activate; she’s brilliant just the way she is. (One subplot involving her budding rap career is introduced in creaky “let’s see you spit!” segues, but at least the bars — penned by Alabama native Chika, who also cameos — are solid.) Fishback is such a natural presence, and it’s great to see a young Black woman showcased this way in a major action film.

Pistol Whips and Pistol Shrimps: Where Project Power unequivocally succeeds, however, is in its action. Henry Joost and Ariel Schulman, best known for Catfish, some latter Paranormal Activity films, and the surprising urban thriller Nerve, know how to use the Power gimmick to inventive effect. The rules are clear and interestingly handled: almost everyone wears a watch synced up to five minutes, and powers can either make you invulnerable on a clock or give you a short burst of hazardous power. 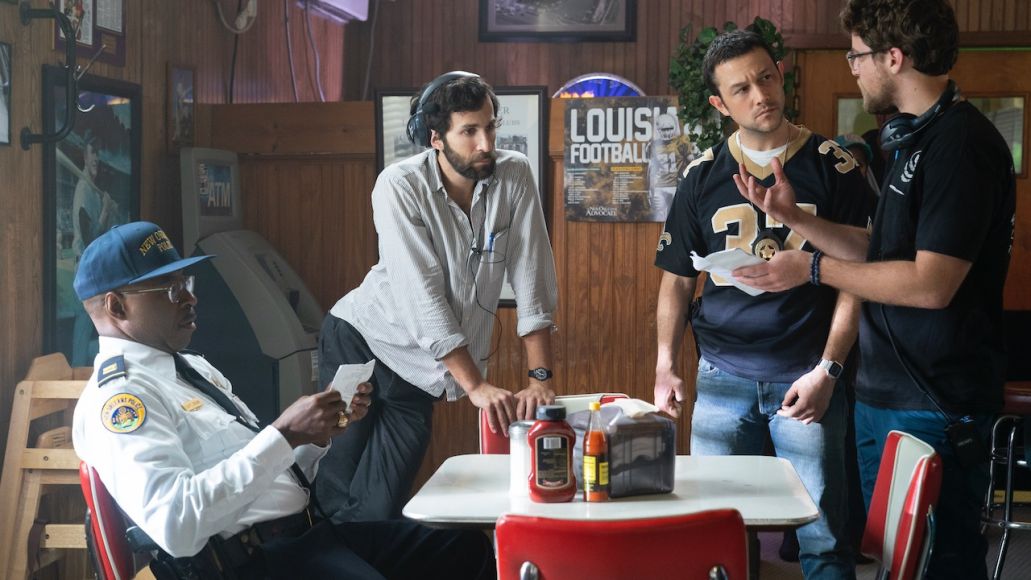 The variable nature of everyone’s superpowers, and the anticipation of finding out what they may be, makes for some really exciting sequences. Take Foxx’s dust-up with a Human Torch-like Machine Gun Kelly early in the film, at one point dunking him in a tub (which naturally starts boiling) to cool him down for questioning. Or Frank (who’s bulletproof on Power) chasing a chameleonic bank robber who gets painted by an ink bomb.

Joost and Schulman film these action scenes with vim and verve, keeping the action clear, brutal, and bone-breakingly exciting. The highlight has to be a nearly single-take sequence shot from inside an isolation tank, as a woman slowly freezes to death from her malfunctioning ice powers, obscuring Art’s evisceration of a room filled with goons. Project Power is full of skillfully-staged setpieces like that, which keeps its nearly two-hour runtime from feeling too stale.

No One Man Should Have All That Power: That said, Matson’s script has more than a few blind spots, especially when it comes to the film’s treatment of the relationship between Black and Brown people and the police. Like it or not, it’s 2020, and the premise of a movie where “one good cop” who wants to “protect his city” plays a bit different than it would have when Tomlin first sold the script to Netflix in 2018. Frank, Art, and Robin all find ways to rail against the racist systems that chew up and spit out marginalized groups through drugs and institutional poverty but uses it chiefly as window dressing for the street-level X-Men mayhem at play. 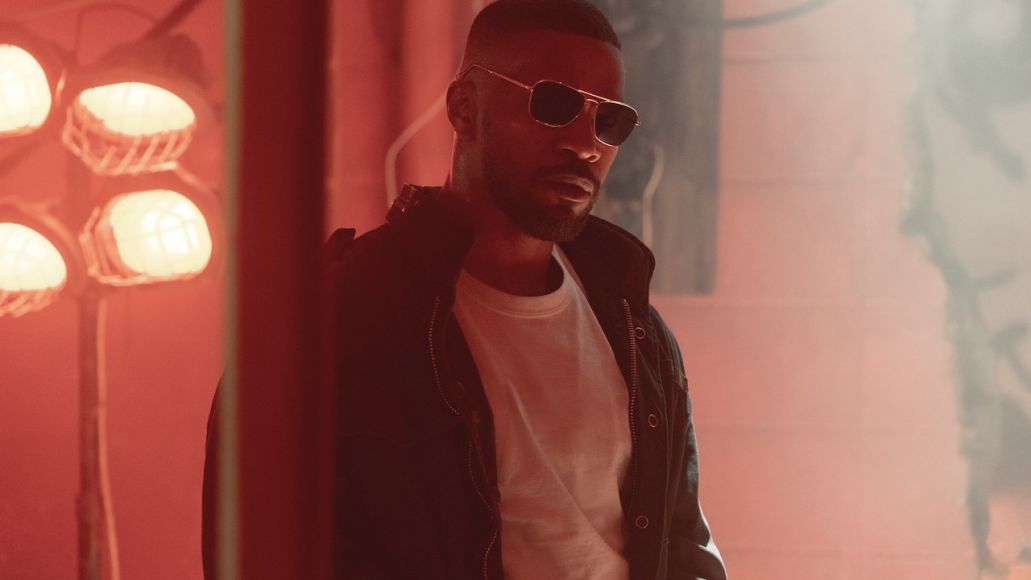 Tomlin seems nervous about engaging with the real specters of poverty and racial inequality that fuel the Power struggles in New Orleans and elsewhere. Instead, he pins the villainy on South American drug pushers (a hammy, but fun, Rodrigo Santoro), certain “bad apple” cops, and vaguely-defined military contractors (headed by an underutilized Amy Landecker).  Like The Old Guard before it, Project Power has a major villain problem, and the story upon which these more charming elements hang suffers as a result. Black excellence and power are at the heart of Project Power; in the hands of white filmmakers and screenwriters, something feels missing in that expression.

What’s Streaming on Netflix in August 2020

The Verdict: Project Power is a hard-R action flick with a neat premise, inventively handled, and a winsome cast to coast us through the creakier bits of the screenplay. More crucially, it’s also got a sense of humor about itself (case in point: Frank running after a vehicle in what has to be the most securely-tied bath towel on God’s green Earth). Sure, the story’s got flaws, and a heaping helping of tone-deafness where its major characters and political underpinnings are concerned. But it’s got good bones, and even occasionally lets characters shoot them out of their bodies to form calcified elbow-swords. And isn’t that what we need from a slick Netflix superhero movie nowadays?