Secretly’s revered indie record labels Dead Oceans, Jagjaguwar, and Secretly Canadian have all joined forces to launch a new project called Friends Of. Said to be an expansion of “the company’s dedication to dynamic and innovative collaboration,” the ongoing venture promises new albums, singles, and joint releases from “an array of artists who may otherwise operate outside of the Secretly roster, but have now joined the group’s creative community in ways uniquely suited to the current moment.”

According to a press statement, the idea for Friends Of began simmering last summer. But the project is now fully coming to “fruition as a way to address the rapid, drastic changes in how music is created and shared in the pandemic.”

“Music and friendship have always been inextricable. Our favorite records and artists are like dependable, empathetic friends themselves: helping us through tough times, cheering us through bright ones, amping us up or calming us down. The right song can remind us that it’s only half an inch of water when we think we’re going to drown. Across the board, we are better when we surround ourselves with friends that inspire and enrich us, and the artists taking part do exactly that. And so Friends Of is also an extension of this sentiment. We’re happy to call these artists friends, some old and some new, and are excited to help bring their art to the world. We hope you enjoy and make a new friend along the way.”

“For this EP I was trying to live less in nostalgia and function less off obvious references,” Hemsworth explained. “I worked on Pout while becoming a dad, sitting a lot in my garden, and trying to kill my ego.”

Stream “Keep Touch” below, and pre-order the EP here. Also take a peek at the inaugural Friends Of lineup poster. 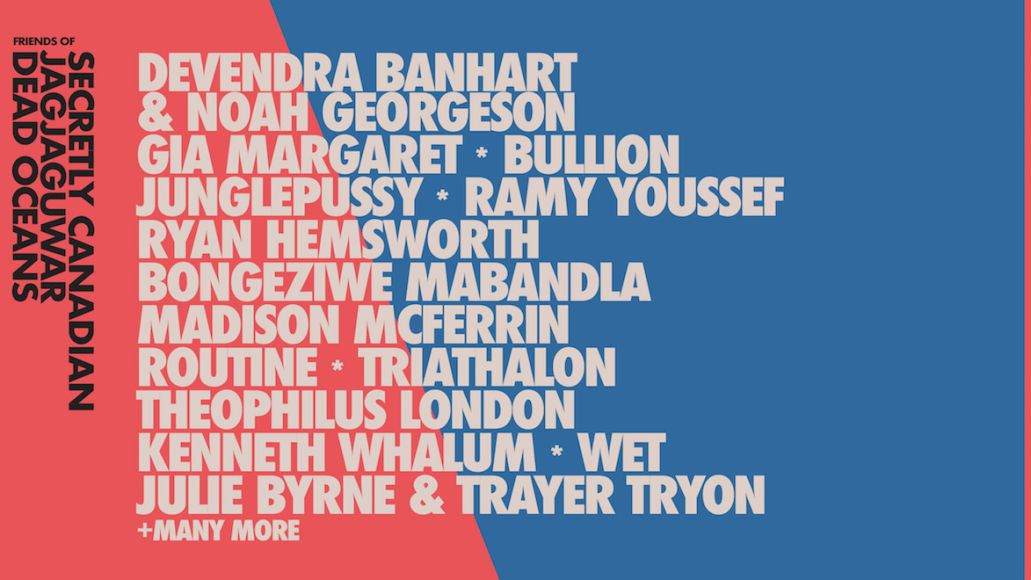