While we spent quarantine baking loaves and loaves of banana bread, The Mountain Goats were busy working on not one but two new albums. The first, Songs for Pierre Chuvin, was released in April after being recorded entirely on John Darnielle’s famously indestructible boombox. Now, the second full-length has been announced: Getting Into Knives is due for arrival on October 23rd via Merge.

This new effort was recorded in just one week at the legendary Memphis studio Sam Phillips Recording — specifically in the same room where The Cramps tracked their 1980 debut album. For these sessions, Darnielle & co. were again assisted by producer Matt Ross-Spang, who previously engineered their 2019 LP In League with Dragons.

The resulting 13-track project is certainly a product of this very specific moment in time, or as a humorous press statement puts it, “the perfect album for the millions of us who have spent many idle hours contemplating whether we ought to be honest with ourselves and just get massively into knives.”

For an early look at The Mountain Goats’ sharp Knives collection, the band has shared lead single “As Many Candles As Possible”. The track features guest contributions from Al Green’s own organist Charles Hodges.

Watch the Lalitree Darnielle-directed lyric video for “As Many Candles As Possible” below, and then head here to pre-order the new album.

Getting Into Knives Artwork: 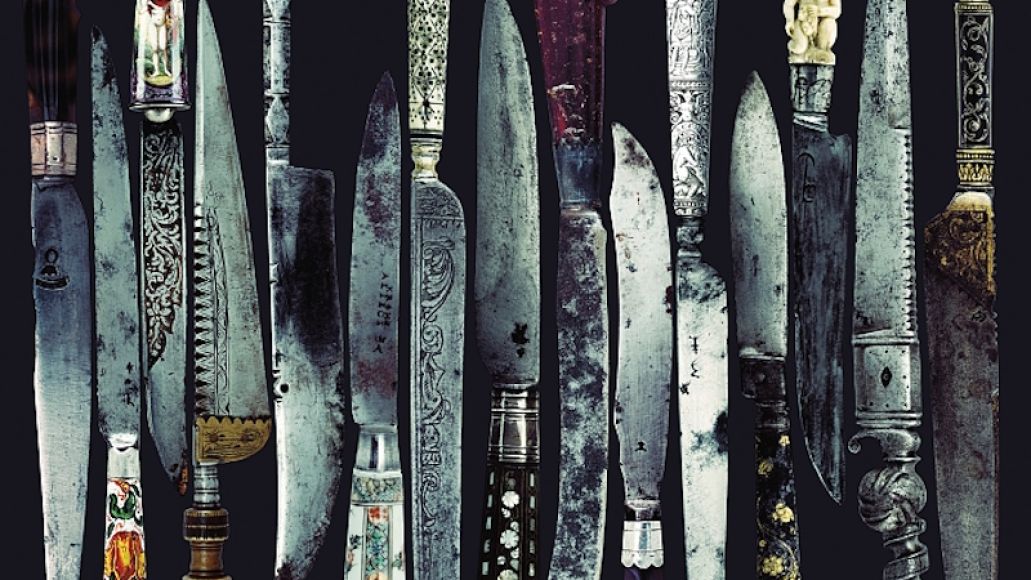 for that special person in your life who's not just dabbbling in the knives scene but is truly getting into knives. a thread of what the stuff looks like pic.twitter.com/pIP9gxxeAi

can I just tell you all that album-announcement day is EXCITING for us. we wait and wait to talk about something we're excited about, really aching to share esp when we found some new sounds like here. thank you all for being so awesome and fun

and I have to tell you in case anybody misses it: the organ on the new song? That swelling, throbbing, miraculous Hammond B3? that's CHARLES HODGES. THE GUY WHO WROTE THE "LET'S STAY TOGETHER" ORGAN LINE. "TAKE ME TO THE RIVER." "LOVE AND HAPPINESS." ~THAT~ GUY pic.twitter.com/UDK8fcIRHO

The Mountain Goats Announce New Album Getting into Knives, Share "As Many Candles as Possible": Stream