Not that you were likely planning a trip anytime soon given the pandemic, but the exotic zoo made famous in Netflix’s Tiger King has closed “effective immediately.”

Jeff Lowe, the current owner of the Greater Wynnewood Exotic Animal Park now that Joe Exotic is in jail, announced the news on the facility’s Facebook page. According to the post, he “voluntarily” forfeited his US Department of Agriculture exhibitors license after the agency “folded to the pressures of PETA” and “continue[d] to make false accusations” against him. “Suspiciously, less than 24 hours after I contacted the USDA to voluntarily forfeit my license, they notify [sic] me that they are suspending my license for 21 days for a litany of falsehoods,” Lowe wrote.

In a separate post, he shared what appear to be screenshots of text messages to a Debbie Cunnigham, who does seem to be an inspector for the USDA after a quick Googling. The messages say Lowe never received his new license after filing for renewal on May 4th, but he decided to forfeit it anyway. “I no longer want to exhibit animals to the public,” Lowe wrote in the post. “The animals are now in private hands and will remain in private hands.”

Originally closed during the COVID-19 crisis, Lowe had reopened the park in May. It drew massive crowds thanks to the massive popularity of the Netflix docuseries.

Lowe is currently building a new park in Thackerville, Oklahoma, which he’s calling “Tiger King Park”. However, though the animals currently at Wynnewood are expected to be moved to the new site, it still won’t be open to the public. “Our new park will, at least for the foreseeable future, be a private film set for Tiger King related television content for cable and streaming services,” he said.

Lowe has indeed been sharing behind-the-scenes footage of filming and teasing a new TV series centered on the move to Tiger King Park, even recently hinting at a Duck Dynasty crossover. However, it’s seems unlikely this is all a set up for Tiger King Season 2, as Lowe/Exotic nemesis Carole Baskin has denied reports she was pitched on a follow-up. Responding to rumors she asked for $1 million to appear in a Season 2, she told Metro, “No one has asked me to participate in a second round of Tiger King, Murder, Mayhem and Madness and there is no amount of money that would cause me to trust the producers again after their sick betrayal of the animals and me.”

Regardless of Lowe’s decision to close Wynnewood, he isn’t going own it for much longer. Back in June, a judge ordered the deed to the zoo be turned over to Baskin, ruling that Joe Exotic illegally transferred ownership to his mother in 2016 to avoid paying a $1 million settlement to Baskin for a 2011 trademark lawsuit. Lowe has until around September 30th to move everything from the Greater Wynnewood Exotic Animal Park — including the big cats.

It’s amazing that even after the events on Tiger King ended, the story keeps getting more wild. That should give Nicolas Cage plenty of material to work with when he portrays Joe Exotic in an upcoming scripted TV series. 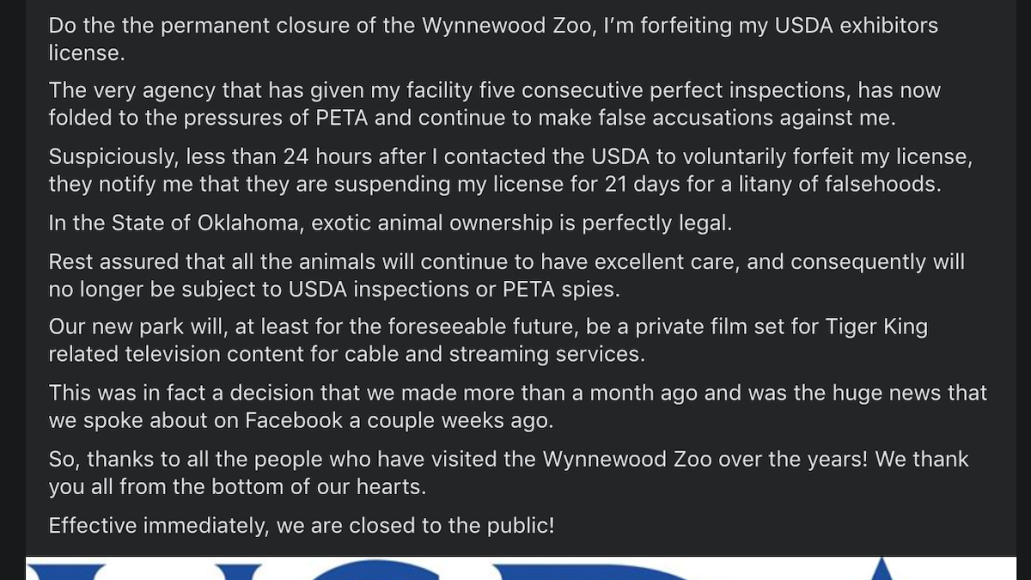 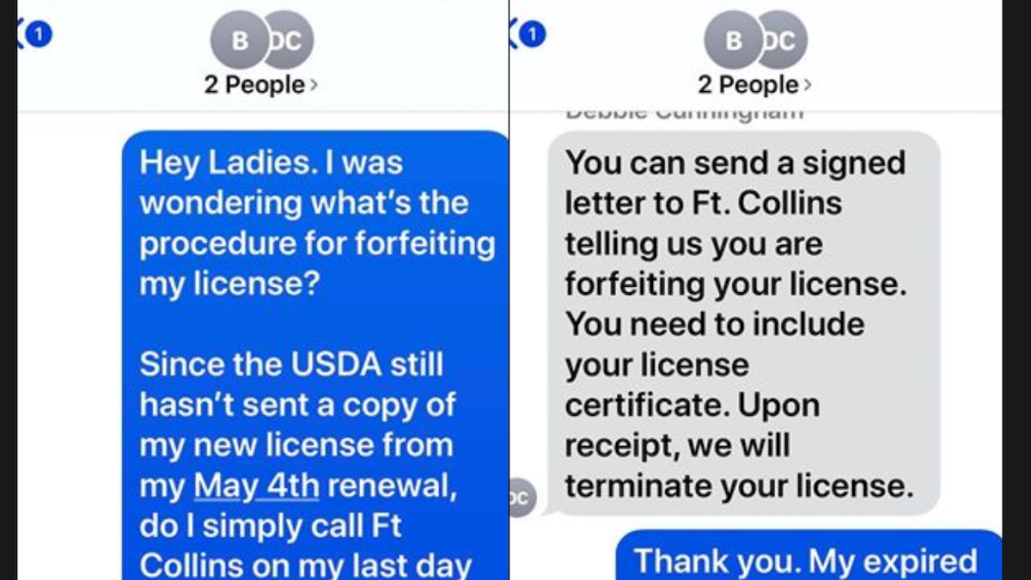