Tribulation have announced a new album, Where the Gloom Becomes Sound, due out in January 2021. The dark metal act also unveiled European tour dates alongside Bolzer and Molassess set to kick off around the same time.

The Swedish band began as a death metal act before making a major artistic pivot toward a more cinematic, gothic style on 2015’s The Children of the Night. Tribulation have never looked back, embracing new sounds and adjusting their stage show accordingly. The group dons vampiric attire as they present their stage show as a heavy metal ballet, with athletically nimble guitarist Adam Zaars traversing the stage while simultaneously shredding.

The new album sounds like it could be even more conceptual than recent LPs The Children of the Night and Down Below,  the latter of which cracked our list of the Top Metal + Hard Rock Albums of 2018. Although Tribulation didn’t offer up any new music quite yet, they did release this comment on the album:

“‘Down, further down, Where the Gloom Becomes Sound…’, Anna-Varney Cantodea once sang in a previous millennium, in a different world. And further down than Down Below we went with this one. The album is a sombre one, filled with ghastly shadows and elemental magic — a mythological bestiarium vocabulum ranging from the desert sands to the midnight sun, from our murky prehistorical past to our potentially luminous futures. Figuratively, literally and musically. We worked together with producer Jamie Elton to create something wild and imaginative, something that would take the listener on a nightly adventure along with Fernand Khnopff’s enigmatic sibyl on the cover and with all the gods and goddesses, nymphs and demons that we conjured up during the recording. As an icing on an already frosted cake we had the help of Tom Dalgety for the finishing touches.”

Tribulation’s statement refers to the statue created by 19th century artist Fernand Khnopff that adorns the album cover (below). Where the Gloom Becomes Sound was engineered and produced during recent months by Elton at Studio Ryssviken in Stockholm, Sweden. It was mixed and additionally produced by Tom Dalgety at Psalm Studios in the UK and mastered by Magnus Lindberg at Redmount Studios in Stockholm.

Tribulation are also one of the first major metal acts to commit to a European tour as early as January 2021. While Anthrax guitarist Scott Ian recently said he thinks he’ll be out of work until 2022, it appears that Europe might get a head start on the US for the return of live music. The band Destruction already played two reduced-capacity club shows with social distancing in Switzerland, which apparently went off smoothly.

“Now at summer’s end in the near endless year of trials and tribulations that is 2020, after a touring hiatus and a new album in the so called bag, we are very happy to announce that we are yet again about to trek across the ancient body of Europa — over her flesh and through her veins — the land where the sun ever sets,” the band pontificated in a press release. “And as fortunate as we sometimes are, we will have both Bolzer and Molassess aiding us in spreading the gloom in each of the 20 cities we are visiting. At this point, we all need a little taste of Saturnalia, and as so, we encourage you all to join us in taking a step into the time before time, in illo tempore, and a step out of the profane everyday existence. Be open and let us possess you, at least for a night!”

Added Molassess: “Although times are anything but certain, the prospect of illuminating Europe with two strong allies in Tribulation and Bolzer stirs our hearts and charges us to move forward.”

Where the Gloom Becomes Sound Artwork: 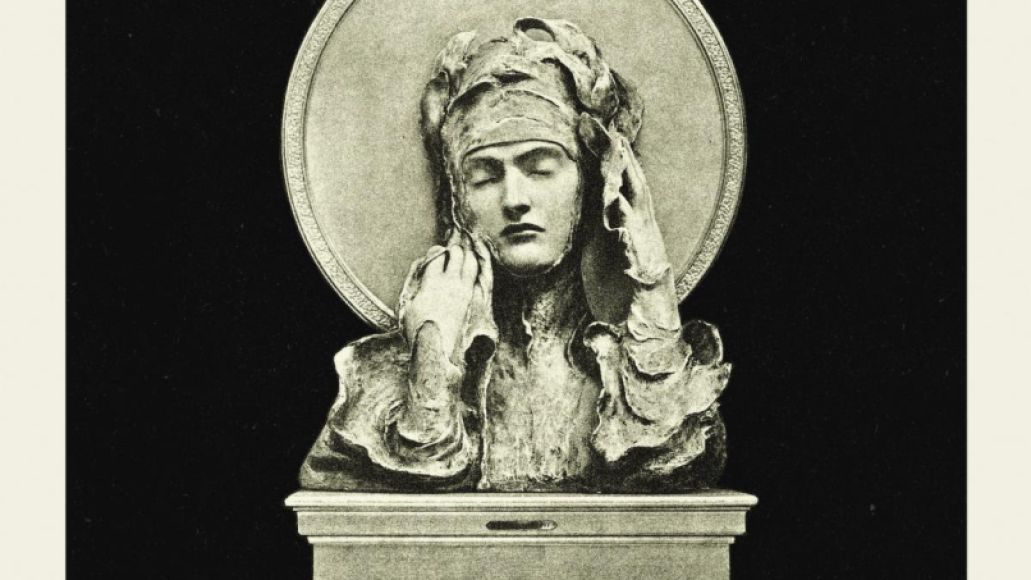 Check out the tour poster and dates and watch a clip from the band’s recent live DVD, Alive & Dead at Södra Teatern, below. Stay tuned to Heavy Consequence for updates on Tribulation’s new album and any forthcoming singles. 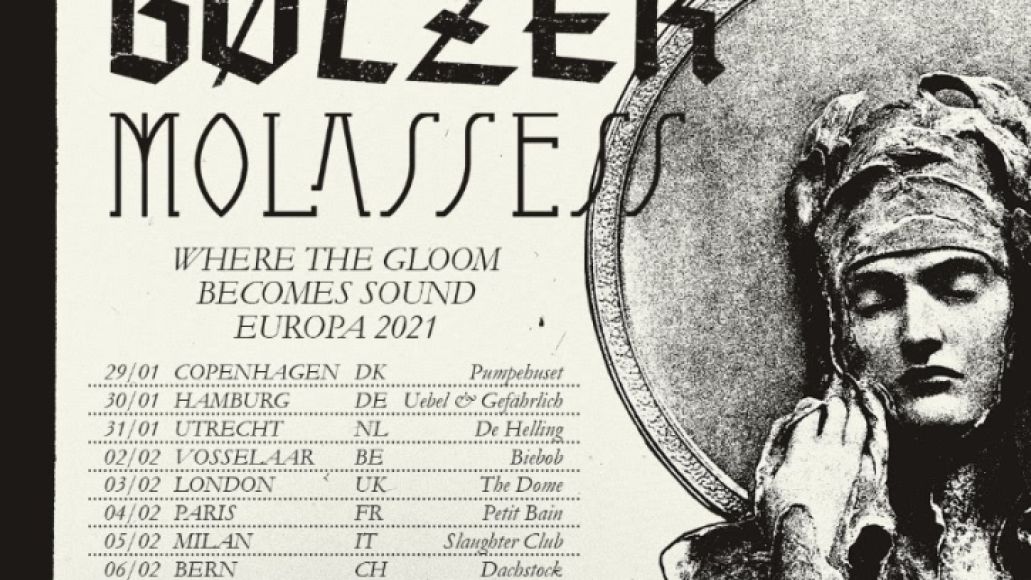