Yo La Tengo returned last month with a new instrumental EP called We Have Amnesia Sometimes. Now, just a few week later, they’ve announced a follow-up. Dubbed Sleepless Night, the band’s latest EP is set for an October 9th release via Matador. The collection features one original song alongside five covers, including a take on The Byrds’ “Wasn’t Born to Follow” that’s been shared as the lead single.

Sleepless Night is actually the A-side to an LP previously only available in a limited-edition catalog for the Los Angeles County Musuem of Art exhibition Yoshitomo Nara. The show was Japanese artist Yoshitomo Nara’s first international retrospective, and the artist himself worked with Yo La Tengo to choose the songs that appear on the EP.

The six-track effort includes the new original track “Bleeding”, in addition to covers of The Louvin Brothers (“Blues Stay Away from Me” originally by The Delmore Brothers), Ronnie Lane (“Roll on Babe”, originally by Derroll Adams), Bob Dylan (“It Takes a Lot to Laugh”), and The Flying Machine (“Smile a Little Smile for Me”). As for “Wasn’t Born to Follow”, Yo La Tengo’s Ira Kaplan said in a press release,

“‘Wasn’t Born to Follow’ was recorded by Gene Holder as part of the sessions that resulted in Stuff Like That There. Dave Schramm on lead guitar. I’m sure I heard the Byrds’ song for the first time when my mom took me and a bunch of my friends to see Easy Rider. (One kid was forbidden by his parents from joining us, as was my younger brother. My dad took my brother to see Butch Cassidy instead, and I’m guessing my friend stayed home and did homework.)”

The 9 Best Power Couples in Music

Listen to the Yo La Tengo’s rendition of “Wasn’t Born to Follow” below. Pre-orders for Sleepless Night, which features cover artwork by Nara, are going on now. The 12-inch also includes a drawing of the band by drummer Georgia Hubley, while an illustration by bassist James McNew is etched onto the unused B-side of the vinyl.

Yo La Tengo will also issue a vinyl edition of We Have Amnesia Sometimes on October 15th, which you can pre-order via Bandcamp. They also have a 25th anniversary vinyl reissue of Electr-O-Pura coming on September 4th; grab at the Matador store. 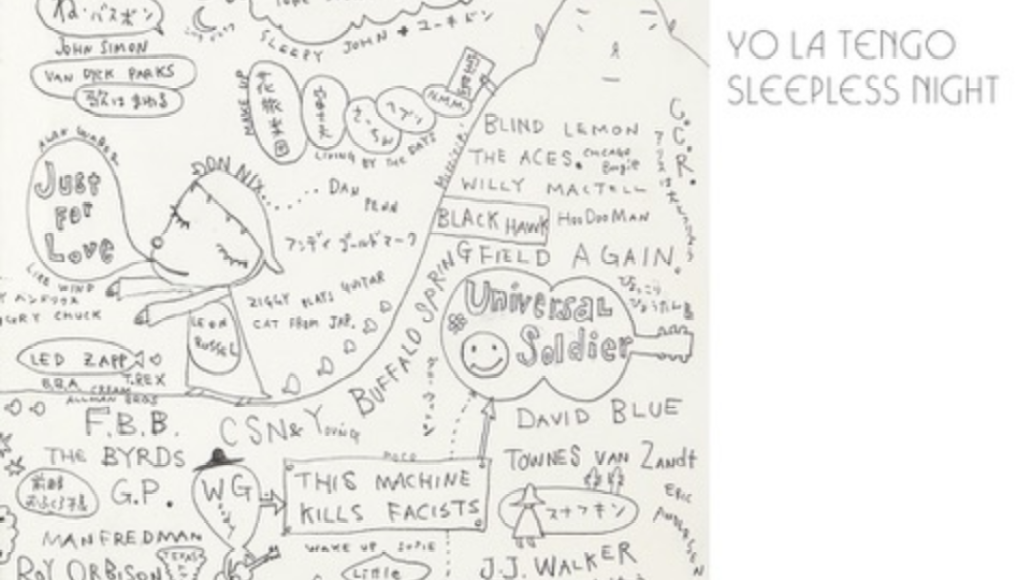