Our new music feature Origins asks artists to dig into the various influences behind their latest tracks. Today, Angie McMahon talks about her piano renditions of “Soon” and Bruce Springsteen’s “The River”.

Last summer, Australia’s Angie McMahon delivered her lovely, introspective debut album, Salt. The effort sent her on a wave of success — playing the Newport Folk Festival, contributing to the Tom Waits tribute LP Come On Up to the House — that, like the rest of the 2020, suddenly came crashing to a halt.

While the pandemic put a freeze on her bigger plans, it also presented McMahon the opportunity to find a new creative drive. She decided to put down her guitar and pick up her first instrument, the piano, as a means to re-explore her process. It gave her opportunity to breathe new life into her Salt tunes, as well as revisit some of her favorite songs by other artists. On October 2nd, she’ll share her discoveries on the Piano Salt EP.

The seven-track collection opens with a re-imagining of her own “Soon”, a song that already highlighted McMahon’s lyrical talents. With all the instrumentation stripped away and replaced by stirring, heavy piano, the power of this young artist’s songwriting is perhaps more impactful than ever.

At the midpoint of Piano Salt sits McMahon’s cover of Bruce Springsteen’s “The River”. Tackling what could be The Boss’ most haunting number might seem bold, but McMahon’s ability to inject whatever she’s singing with vibrating pathos allows her to take ownership of the piece. As she makes evident in her Origins of the cover, she truly understands the “dignity” in Springsteen’s words.

Take a listen to both “Salt” and “The River” below, followed by McMahon’s full Origins of the stripped down renditions.

Years ago I played “Soon” to a friend on guitar, and he suggested I try playing it on piano too. We were listening to a lot of #1 Dads at the time, they had just put this record out, and the movement of the right hand chords in this new version of “Soon” was totally inspired by the piano part in this beautiful song. I like remembering that any “complete” song can be re-dressed and transformed, and that there is plenty of fun to be had by mixing two or more songs together and looking for their chemistry. I think songs can all bleed into each other and hold each other up. 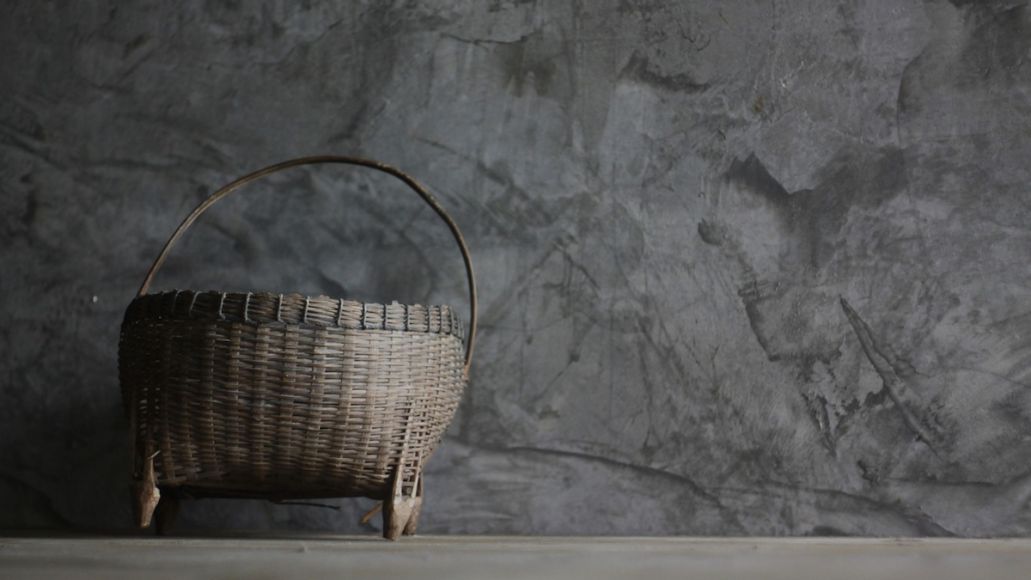 This Japanese philosophy about the perfection of imperfection has been such a saving grace for me in performing and recording music. The basic principle is easy to apply to anything, by trying to accept mistakes and accidents or any imperfection as something beautiful which brings pleasure, pause and authenticity. So when we’re playing as a band and somebody makes a mistake, we try our best not to take a harsh or self-loathing path, we just say “wabi sabi.” The imperfections do not even need to be forgiven — they are simply part of the art. This recording of “Soon” — and in fact the whole EP — has plenty of bum notes, mistakes I made playing the piano, tones that come out in my vocal performance which I don’t love, but it was recorded live and was just capturing this moment in time. I’m applying Wabi Sabi to everything. Every bum note in this performance has PURPOSE and MEANING or something. I had to remind myself of the Wabi Sabi philosophy because I didn’t have the band around me for this one. But I keep it in mind as often as I can and I really do believe that mistakes are beautiful. 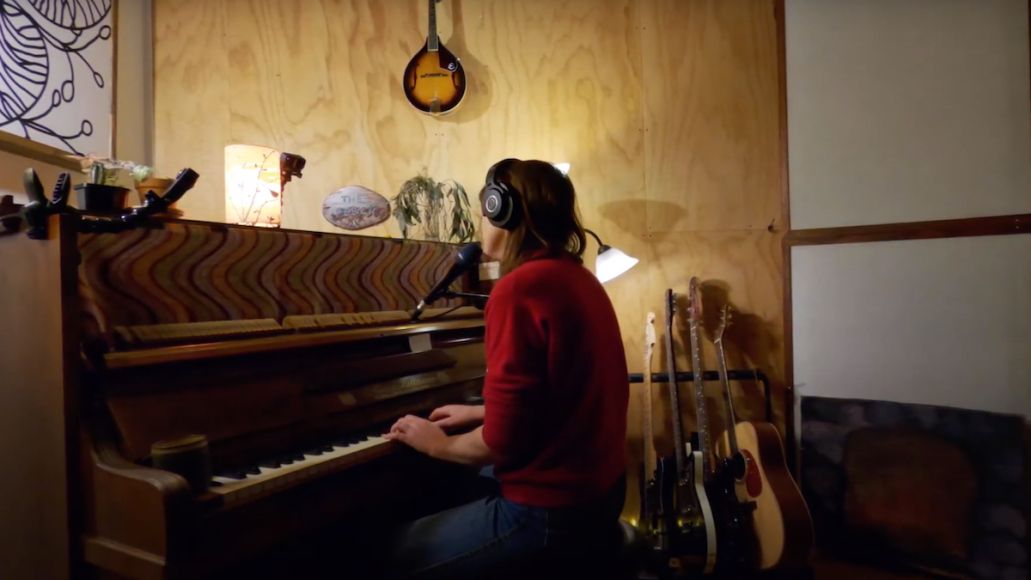 This EP was recorded at my friend Jono’s studio, and I think that place came out in the recording, which is maybe not something that anyone else will be able to hear, but I have a very vivid memory of performing this song in that room. I was feeling a lot of things, I was restless and the room held me and the piano held me and I had a place to put all my feelings. It’s a really special thing to be surrounded by beautiful nature, and to be in a gentle room with a piano, and be able to release whatever is happening inside of you. So I think that place was very inspiring in the way that this music was performed. 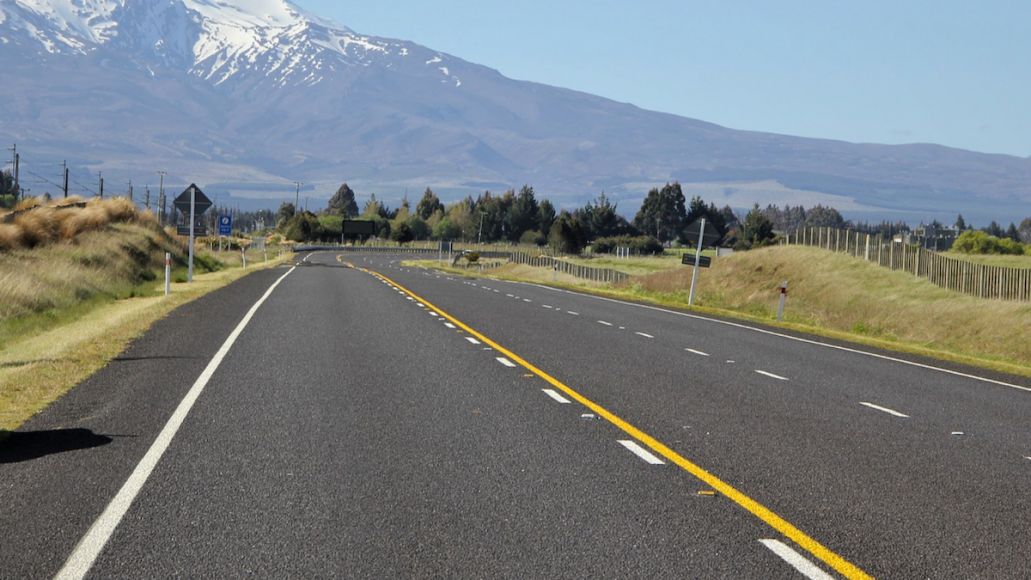 To me, Bruce Springsteen will always be the sound of sitting in my parents’ car and watching the countryside go past out the window. I grew up in the city but come from a farming family, and we also did yearly driving trips to the beach or whatever, so there’s these old voices that soundtrack those memories, and Bruce is my number one voice. He shaped my understanding of life on the outskirts, of beautiful land and stories of the road, and I never get sick of his songs. “The River” was always just one of my favourites. And in this song in particular, he ties the beautiful nature nouns like ‘valley’ and ‘river’ into such a heart-wrenching human story, I feel like the imagery is really powerful. To me, the river he’s singing about is the Yarra or the Murray, it’s that brown water that shows up in my head, because I’m just projecting the Australian landscape that I know onto the American one that he’s painting.

The Dignity of Perseverance

I’m going to steal some words from my Dad here, because I was just talking to him about Bruce and the way the stories in his songs are told with dignity. We are both big fans. And his music still feels relevant to me, important to share, important to draw inspiration from. Like lots of Bruce songs, this is a song about longing and dreaming, and about injustice or being trapped, but there is so much strength and dignity in the voices.

This song is about persevering through hard times, unexpected pregnancy and financial insecurity and feeling so trapped so young, these ideas of struggling, and about having passion and courage despite all of that. There is dignity in labouring and working, in loving, in caring for people and persevering for them, and also in dreaming and aspiring to be somewhere or something else.

That feels like a really important thing to have in music, we love to find it in songs. It’s hopeful.