The “sophomore slump” has spelt the beginning of the end for quite a few rock acts over the years. But looking back, one of the cases in which the exact opposite occurred was when Black Sabbath delivered one of the greatest metal albums of all time, Paranoid.

The Birmingham, UK-based band – singer Ozzy Osbourne, guitarist Tony Iommi, bassist Geezer Butler, and drummer Bill Ward – had already caught the attention of rock fans with their detuned and doomy self-titled debut (released in February 1970 in the UK, and June in the United States). And they wasted no time capitalizing on the buzz – issuing Paranoid in the UK on September of that year. (It would arrive in the States in January 1971.)

While Sabbath amazingly knocked out the recording of their debut album in a single day, they would take a bit longer on the follow-up. No, we’re not talking Def Leppard or Guns N’ Roses lengths… this time, they took five days (June 16-21), utilizing the same recording studio (Regent Sound) and producer (Roger Bain) as its predecessor.

Although the debut is rightfully considered one of metal’s all-time great debuts, Sabbath really upped their ante on their second LP — offering up an all-killer-no-filler effort. Few rock or metal albums have featured such a stellar Side One as Paranoid did, kicking things off with “War Pigs.” The nearly eight-minute-long track remains one of the most venomous anti-war songs in rock history (perhaps only matched by “Fortunate Son” by Creedence Clearwater Revival) – with lyrics that merge the politics of war along with Satanic shout-outs (particularly “Generals gathered in their masses/ Just like witches at black masses” and “On their knees the war pigs crawling/ Begging mercies for their sins/ Satan laughing, spreads his wings”).

Speaking to Heavy Consequence, former Queens of the Stone Age/Screaming Trees singer Mark Lanegan explained the significance or hearing “War Pigs” for the first time. “I first heard Black Sabbath as a teenager. There was a kid in my high school who had his own apartment – he was from another town, had to leave. It was odd that this kid lived on his own. But he played ‘War Pigs’ for me, and I made him play it five hours straight. It just blew my mind. I was completely floored.”

“War Pigs” is followed by the album’s iconic title track, a last minute addition to the album. The song’s speedy power chords, fuzzed-out guitar solo, and succinct length (clocking in at a mere 2:48) stand out from the rest of the LP, offering a proto-punk vibe. “Paranoid” has gone on to become one of Sabbath’s most popular tunes — serving as their first true hit single (climbing within the Top 5 on the singles charts of seven countries).

And it turns out that another gent that knows a thing or two about composing metal classics, Iron Maiden bassist Steve Harris, was inspired by song way back when. “I remember playing the song ‘Paranoid’ itself, and I remember really struggling with it, and throwing the guitar down,” Harris recalled to Heavy Consequence. “I threw it on the bed — I didn’t throw it on the floor, because if I broke it, I couldn’t afford to buy another one. I just learned from that thing that I’ve got to go back, take it as it comes, and just play when I feel like it, and not force it. And then, the riffs just came fine — after that, I was alright. But I distinctly remember that riff.”

On just about every Sabbath album, a space was reserved for at least one trippy slow-paced tune, and on Paranoid, that is the hauntingly bare-boned “Planet Caravan,” which years later would receive a closer re-inspection when Pantera surprisingly covered it on Far Beyond Driven.

Closing the first half of the album is a tune that boasts one of metal’s instantly recognizable guitar riffs — “Iron Man.” The tune has gone on to influence countless musicians, including the man responsible for laying down some of the funkiest and heaviest guitar riffs ever, Tom Morello. “The first Sabbath song that I think I got turned onto was probably ‘Iron Man’,” the Rage Against the Machine guitarist told Heavy Consequence. “That was my intro. Then I bought the Paranoid record and lost my mind. I thought, ‘There’s never been music like that and that’s so great.’ It began my life-long love of riffs.”

“Electric Funeral” (along with the next tune) can be pinpointed to the birth of what later became known as the metal subgenre doom metal. Because just when you didn’t think Sabbath couldn’t get darker lyrically, they manage to out-do themselves on another one of their more overlooked songs, “Hand of Doom”, which lyrically contains references to both Vietnam and drug addiction.

Next, Ozzy gets to take-five while the others offer up a rockin’ instrumental, the curiously culinary-titled “Rat Salad” (a phrase that supposedly Eddie Van Halen considered nicking for the name of his band, early on), before Paranoid wraps up on a high-note, with another gloriously-titled rocker, “Fairies Wear Boots”.

The album was originally titled War Pigs, but changed to Paranoid at the request of record execs who felt “Paranoid” was the more marketable single — hence, the puzzling cover artwork. The LP’s release date is listed as September 18th, 1970, which is coincidentally and sadly the same day Jimi Hendrix died.

Paranoid, which has been certified quadruple platinum in the United States, has undoubtedly inspired countless musicians over the years. There’s no doubt a youngster someplace at this very moment who has just become spellbound by the masterful opus. 50 years later, Paranoid sounds as heavy and brilliant as ever. 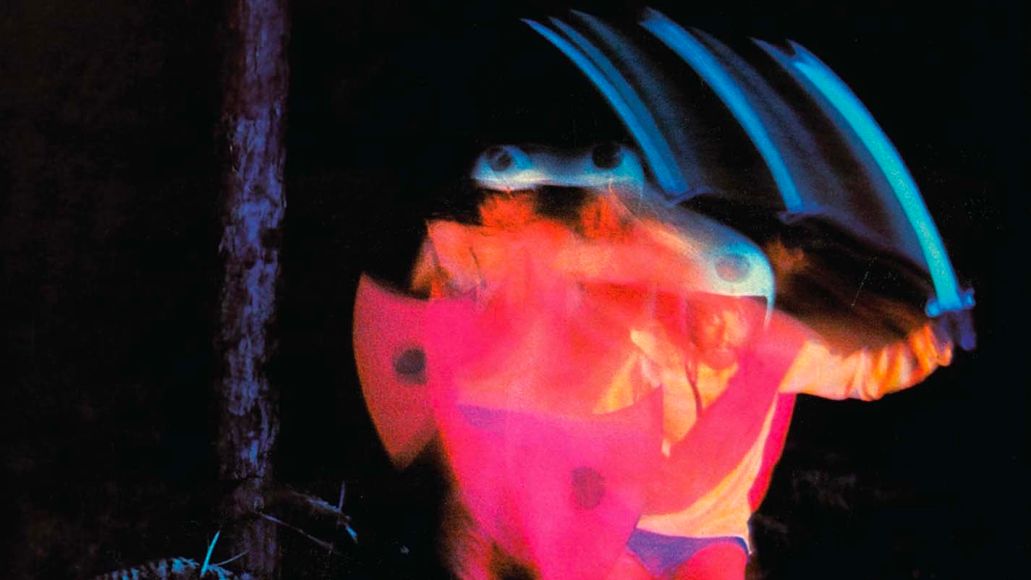